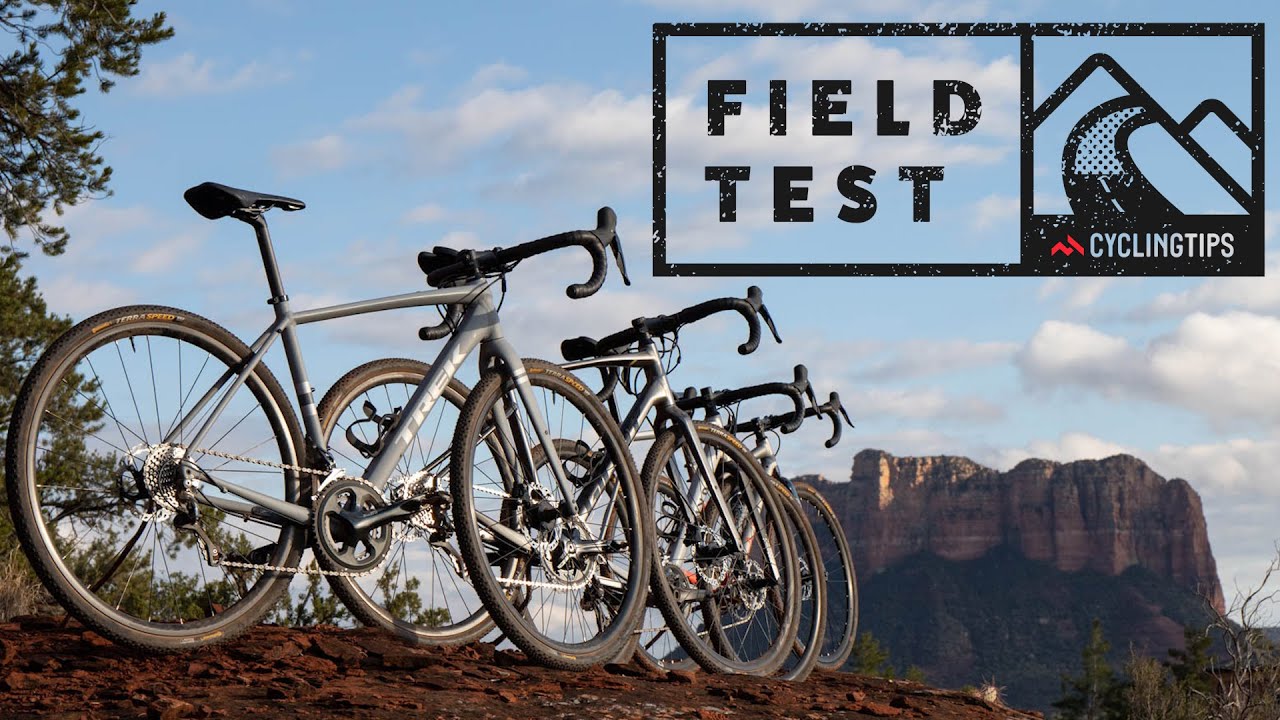 Note: All prices in this post are in US dollars.

This is particularly true with gravel bikes. A good $1,500 gravel bike gets you almost all the key attributes that come with a $5,000 gravel bike, or a $10,000 gravel bike. You get hydraulic disc brakes, lots of tire clearance, and solid geometry. You get a reasonably light frame and parts that, in general, are just as functional as those that are far more expensive. Ride quality doesn’t have to greatly suffer as price drops, because ride quality on gravel bikes is overwhelmingly influenced by tires, which are relatively cheap.

The law of diminishing returns is in full effect, and, in our opinion, the performance/dollar curve really starts to bend somewhere around $2,000.

Riding all these bikes back-to-back allowed us to compare the four affordable bikes to each other, as well as to vastly more expensive bikes. This made it easier to parse attributes that provided real value from those that simply added cost. In other words, we determined where you get the most bang for your buck.

Here’s what we learned.

The things that don’t matter (as much)

I speak this heresy, risking a vicious smiting by the carbon fiber gods, because it’s true. Frame material does indeed affect weight, stiffness, and ride comfort, but the extent to which it affects these things on a gravel bike is far lower than it is on a road bike. That’s because road bikes don’t have 35, 40, or 45 mm tires.

The 40 mm of rubber and air between you and the ground, at tire pressures in the 25-45 psi range, has many times more impact on a bike’s ride than the material the frame is made of.

This isn’t to say frame material is irrelevant. Carbon’s properties allow tuned flex, which companies like Trek have taken advantage of with its ISOSpeed decoupler, or Cannondale with its Kingpin micro-suspension (in the Topstone). But these tricks add cost, and still have a less profound impact than, say, dropping 5 psi out of your tires.

The primary reason to go with carbon over steel or aluminum is weight, not ride quality. So if a few hundred grams don’t matter to you, then metal might be your best bet.

And there’s no question that a carbon frame and parts can be lighter and stiffer than aluminum or steel. But cost rises quickly and returns are marginal. There is an increasing number of affordable carbon gravel frames on the market (like this Thesis for example), all of which are worth a look. But not because they’re carbon; simply because they’re affordable.

The things that matter

Two things matter more than all else when purchasing a gravel bike: geometry and spec.

Finding geometry that matches your terrain and riding style is key in any gravel bike purchase. We’ve covered that in our How to Choose a Gravel Bike guide, and the same rules apply to purchases on the affordable end of the spectrum. Finding a bike with the right geometry (which includes fit figures) will do more to improve your riding experience than almost anything else.

A perfect example from our Field Test comes from a comparison between the Marin Gestalt X10 and the Canyon Grail AL. The Marin is a mountain biker’s gravel bike. It’s short and agile and loves to wheelie. The Canyon is basically a road bike with extra clearance. Even though the Canyon is far lighter and has better components, I had more fun on the Marin. And even though the Marin was more fun for me, it was less fun for Abby, who is much more of a traditional roadie. She liked the Grail so much she bought it.

In addition to geometry, any buyer of a bike in the sub-$2,000 price range needs to take a very close look at parts spec. All of these bikes cut corners somewhere, it’s simply a reality of building a bike at this price range. You want to find one that cuts corners in the right places.

Brakes make it or break it for a budget gravel bike.

You want hydraulic disc brakes. They’re more powerful, more controlled, more set-and-forget, and simply better. Generally, you’ll have to pay somewhere in the $1,500 range to get them, though there are a few cheaper bikes to be found with hydros.

As the Marin reminded us, mechanical discs are a poor substitute.

There are some hybrid systems, which fall somewhere in the middle in terms of performance and price. The levers in these systems pull a brake cable, which then pulls on a master cylinder and that brake force goes into a hydraulic caliper. The Giant Revolt 2 had one such system, called Conduct. If a full hydraulic system is out of your price range, these are a good option.

Brake upgrades should be a priority over drivetrain upgrades, in general. That’s because most modern drivetrains are quite good. The performance gap between Shimano Sora and, say, 105, is quite small these days.

That said, there are a couple attributes to look for in a good gravel drivetrain.

The first is gear range. Whether you’re looking at 1x or 2x systems (one front chainring or two), you want to make sure that the high and low gears will work for your riding. A 1:1 ratio between front and rear chainrings (such as a 34T rear cog matched with a 34T chainring) is usually a good starting place for the low gear, though many go far lower than that.

The second is a rear derailleur clutch. The clutch, which is present in Shimano GRX derailleurs and all of SRAM’s 1x drivetrain options, keeps the derailleur pulleys from slapping up and down. This makes for a quieter drivetrain that’s also far less likely to drop a chain. That’s a good thing on rough surfaces.

Bike companies often try to hide cost savings in unseen places. They’ll rarely downgrade a rear derailleur, for example, because it’s a large and obvious component. But they might downgrade the bottom bracket, or the cassette, or the headset. Keep an eye on this part of the spec sheet for potential hazards. The ideal, though it’s not always possible, is to have much of the drivetrain come from the same company.

What does extra cost get you, then? Lower weight, a bit of component refinement, maybe an extra gear. Some bling factor, for sure. Perhaps you get some flexy carbon bits to keep you slightly more comfortable, or some aero shaping. All garnish, really. A simple, wholesome gravel bike meal can be had for not a lot of money.

The buyer on a budget does have to be careful. Bikes in this affordable price range do tend to cut corners somewhere. They have to. So paying close attention to where those corners have been cut is key to the buying process.

In the bike world, more expensive does generally mean better. But it’s not a linear relationship. The curve bends hard at about $2,000, and with each additional dollar you’ll get a smaller boost in performance. If you’re on a budget, focus on geometry, pick a parts spec without any duds, and ride on in the happy knowledge that your “cheap” bike is almost as good as one more than double the price.