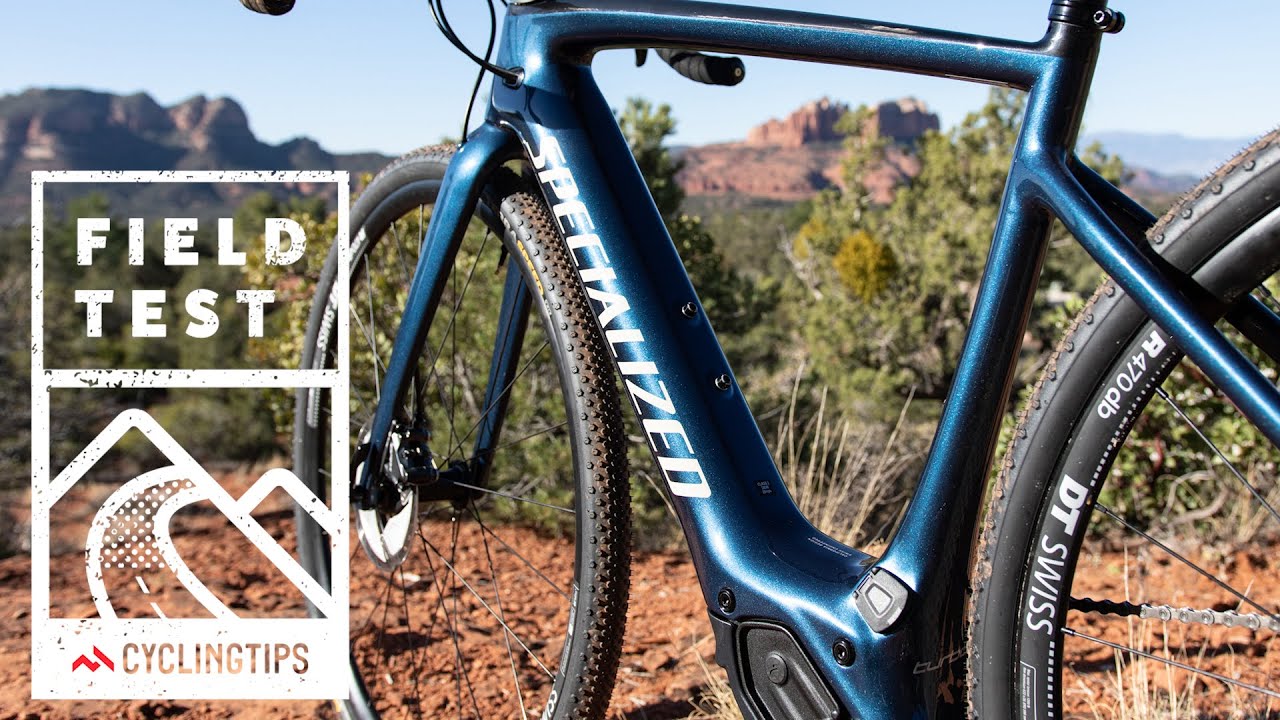 Do e-bikes make sense for gravel?

With the push of a button, you’re faster. It’s the dream, now a gravel reality. More e-gravel bikes are hitting the market all the time. We’ve got the Specialized Creo SL Evo, the Orbea Gain, the Yamaha Wabash, an e-version of the Giant Revolt we recently tested, and lots more.

As part of our gravel bike Field Test, our goal was not to test specific e-gravel bikes, but to suss out the quirks of the sector as a whole, and, hopefully, provide some insight into what you may want to look for if it intrigues you.

Along with 12 regular bikes, we brought a Creo SL Evo, which has a motor, down to our Field Test in Arizona. We took it out on rides alongside bikes like the BMC URS and Canyon Grail AL. The two test riders were myself and former road pro (and our Freewheeling Podcast host) Abby Mickey. In general, we travel roughly the same speed on bicycles.

To be clear, I am not here to debate the merits of e-bikes as a genre. Doing so is roughly as effective as debating with a headwind. But motors and gravel: is it a combination that works? Short answer: yes. Most of the time. But not always. Here’s what we learned about e-gravel bikes. Run the biggest tires you can fit

Going faster on gravel means an increased chance of crashing and generally running into things. A heavier bike makes it harder to avoid bumps and ledges, particularly if you don’t come to gravel with the skillset to avoid such things.

Bigger tires will help with all of that.

The Creo comes stock with a 38 mm tire. This is barely enough. With a motor, there’s no real downside to going wider than that because, remember, you have a motor. Rolling resistance isn’t nearly as much of a concern.

This does present the first conundrum of e-gravel bikes, though.

Just like regular gravel bikes, e-gravel bikes fit in the somewhat fluid and occasionally awkward space between mountain bikes and road bikes. But for e-bikes, this can feel even more fluid and awkward, because efficiency and rolling resistance are less relevant. You have a motor to make up for inefficiency. So why not just get a more capable, more stable, likely safer e-mountain bike?

The answer is roughly the same as it is for non-motorized gravel bikes. Yes, you could just get a mountain bike. But many riders don’t have any intention of tackling technical trails — they want the additional hand positions drop bars provide, and they want something lighter, simpler, and more at home on rides that will take in a significant portion of pavement. It’s easy to scare yourself

Here in the US, class 3 e-bikes like the Creo will boost you up to 28 mph (45 km/h) before the motor kicks off. In the highest setting, you can get to that speed with minimal effort. This is great for road bikes, where 28 mph is generally quite safe. It’s less great on loose or bumpy gravel, with relatively narrow tires and no real suspension.

In short, it was really easy to get going way, way too fast on this thing. Be careful. And run big tires.

This is key, because it means you can happily ride with people on regular bikes (though an e-ride squad would be more fun – more on that below.)

The Creo we tested uses a motor designed in concert with Brose and has a range of 80 miles (130 km) with the 480 kwh internal battery, or 120 miles (193 km) with an available extender. It has three modes. Well, four, actually, if you count “off.”

Low mode adds roughly enough boost to overcome the weight and extra drag of the motor so that the Creo feels approximately like a regular bike. Maybe a little bit faster, but very close.

Abby and I tested the Creo alongside regular, non-motorized bikes, and the low assist setting made it easy to ride together, at roughly the same speed. e-bikes are more fun with other e-bikes

This is pretty obvious, but it needs repeating.

Even though it is possible to make a e-gravel bike travel at roughly the same speed as a normal bike, there’s no question that they’re more fun when riding in a motorized squadron of e-shredders. After all, why buy an e-bike at all if you’re just going to ride around at regular bike speeds all the time?

The exception to this is the e-gravel bike’s ability to act as an equalizer. If you tend to ride with people who are faster than you, a bit of boost opens up all sorts of possibilities for longer, faster, more adventurous rides. This is awesome, because adventure shouldn’t be limited to the fittest among us. I think this ability to level the playing field is my favorite thing about these bikes.

Pay attention to your local laws

The 28 mph (45 km/h) max speed for e-bikes in most American states makes them suitable for on- and off-road use, which is precisely what an e-gravel bike will see. But as we’ve discussed previously, lower speed caps in other places (like Australia, where the max is 25 km/h, or 15.5 mph) make road-going e-bikes significantly less useful.

25 kph is still plenty for most gravel rides, but is certainly slow if you’ll be riding pavement, too. There are precisely two parts of the bike industry that are growing quickly right now. One is e-bikes, the other is gravel bikes. This made e-gravel bikes an inevitability.

The deeply, aerobically pure among us have long rued the incursion of the e-bike into their glorious suffering, and I expect that gravel purists will feel the same. Things shouldn’t be easy, they say. If we wanted easy we’d take up golf.

This is utter garbage, of course. It is a notion that has slowly broken down, chipped into pieces by the grins and yelps of everyone — literally everyone — who has ever tried an e-bike for themselves. Because they are the dream, if we’re all honest with ourselves. Push a button, go faster.

This isn’t to say e-bikes are right for everyone all the time; there is a time and a place and a particular rider that matches up best with their specific attributes. E-gravel bikes are no different.

If you’re after an e-bike to shred the gnar, look elsewhere. If you plan to spend all your time on pavement, look elsewhere. If you’ll spend time on a variety of non-technical surfaces, and want to go farther or faster or keep up with someone or simply have the option of motoring home into an unexpected headwind, maybe an e-gravel bike is right for you.

Specialized’s Turbo Creo SL is a marvel of technology, with a price tag to match

Specialized’s Turbo Creo SL is a marvel of technology, with a price tag to match