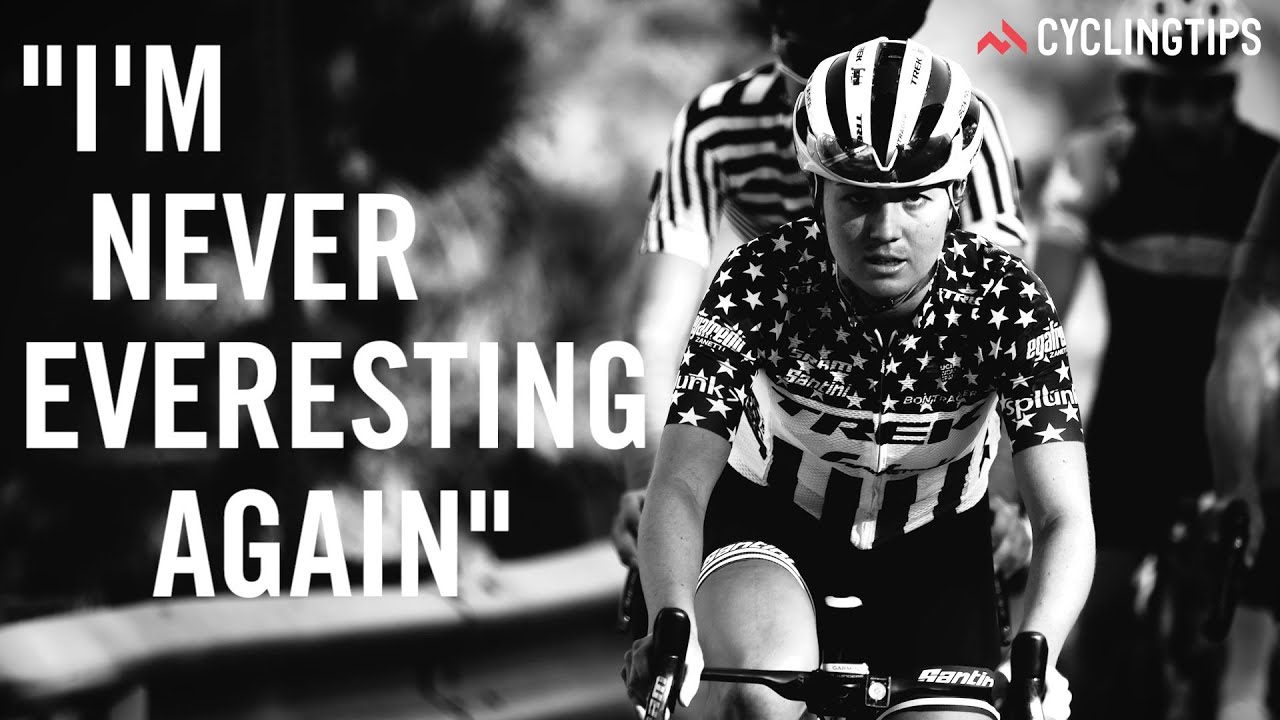 Everesting tips from a national champion

“I will never Everest again.”

Strong words from a national champ. But if you saw Ruth Winder around hour 10, slogging up a near 20% grade for the 12th or 13th time, you’d grasp why.

Everesting is hard, even for the pros. 29,029 feet (8,848 meters) takes a while, no matter how strong you are. Winder’s attempt, which she completed on the long, winding climb up Flagstaff, outside Boulder, Colorado, was her longest ride ever. It took her 13 hours and five minutes, end to end – 12:37 moving time. That’s roughly four times longer than most women’s WoldTour races, even the long ones like Strade Bianche. She averaged 163 watts, over 3 watts/kg, including the downhills. “It was a pretty fun five hour ride followed by a pretty miserable seven and a half hour ride,” she said.

So why did she do it? And why did she keep at it, nine, ten, eleven hours in? How did she get through, in terms of pacing and nutrition? We asked for a couple tips, after her effort.

Peer pressure
There will be moments when you want to quit. And by moments, we mean hours. Having a group of friends nearby for support and, yes, a bit of social pressure, might help you keep the pedals turning over. Having a purpose can help.

Support is key, mentally and physically. Having someone to fill bottles, hand off food, and simply be present at the end of each lap is key. Winder decided to have her support at the top of the climb, rather than the bottom, so that stopping at the bottom wouldn’t be an option.

Eat early, eat often
This is true of any big day on the bike, but requires repeating. Winder started eating less than an hour into her 13-hour day. She wasn’t hungry yet, but knew that the body can only take in so many calories per hours, so getting behind early is a recipe for failure. In the end, she took in roughly 6,000 calories throughout the effort.

Prior to the effort, she worked out how much she’d need to eat based off of expected calorie burn, and made sure she had that much (and more) in a cooler at the top of the climb.

She stuck with real food, rather than bars and gels. She made rice bars, ate cookies, even snagged an iced chai off a friend in hour 10. Which brings us to…

Caffeine works
There’s a reason why flat Coke is a favorite drink of many endurance athletes. It’s full of sugar and, importantly, caffeine. Winder snagged that chai in hour 10 and put in a lap significantly faster than her previous two.

Speed isn’t the answer
The first few hours should feel slow. You’ll feel strong, and want to go faster, but will need to pull yourself back. Too much too early is a recipe for failure (just ask our Editor, Caley Fretz, who tried to ride with Winder and made it to hour 8 before calling it quits).

Winder’s choice of climb meant that a speed record wasn’t really in the cards. Flagstaff simply takes too long to descend, and isn’t steep enough. She chose the climb because it’s her favorite in the area, and for most amateurs, that’s a pretty good way to go.

Foam roll
Winder said she was surprised by the type of fatigue and pain she felt in the days following her effort. Climbing all day, at relatively low cadences, led to some ligament pain, and she spent significant time on the foam roller, working on her IT bands.

For more, check out the video above with Winder’s reflections after her hardest, longest-ever day on a bike.