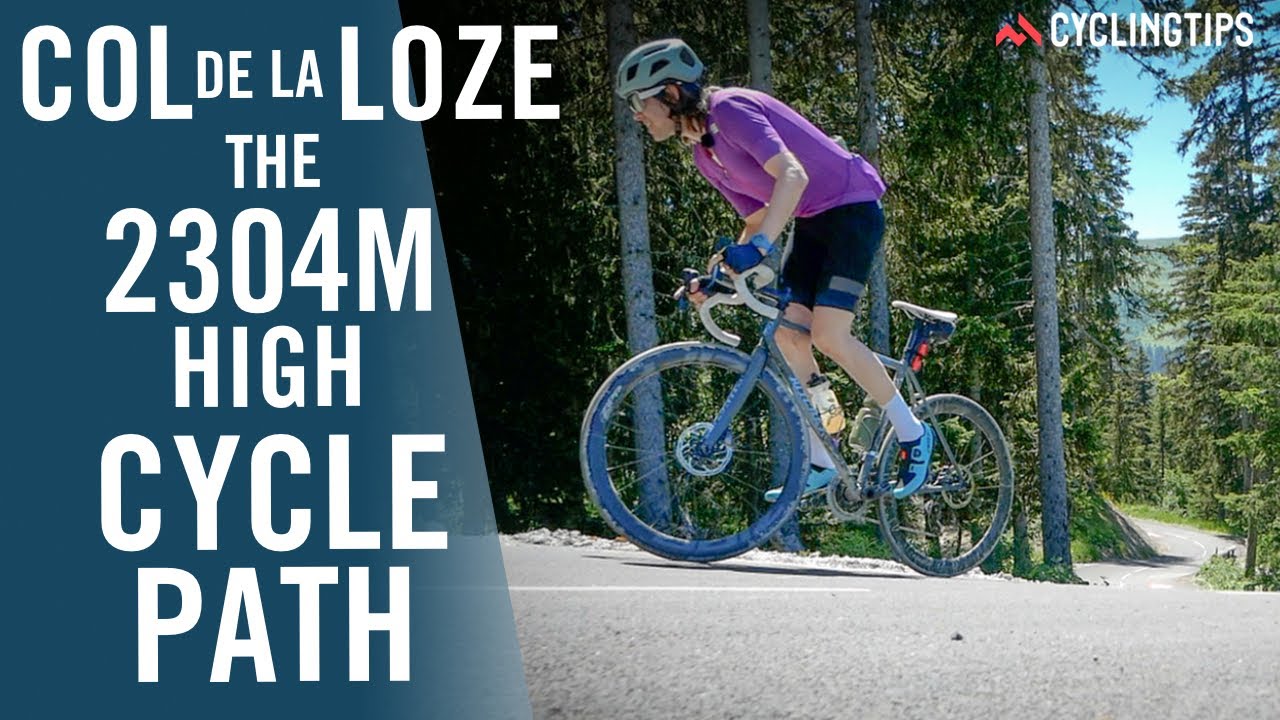 Last week I built up (with some help) a Ritchey Logic disc road bike adorned with Sram Force eTAP ASX and Zipp’s new 303 wheelset, yeah super fancy I know. It was the first video in a mini-series, the “Steel bike vs brand new Tour de France climbs” series. Well, this week I bring you the first climb that I tackled, the Col de la Loze. A climb that, as the title of the series suggests, hasn’t been included on a stage of the Tour before, let alone a finish.

And it’s a good one. It’s like we’ve never seen before at le Tour, for one simple reason. The final 7km of the 21km climb runs on a cycle path. A tiny two-lane smooth as silk ribbon of tarmac that climbs to 2304 meters (7560 feet) elevation, with pitches in places that make your Wahoo say Wahoo! It’s part of a new cycleway that will link several of the french alpine ski stations to one another, for cyclists. And it’s one hell of a delight.

Stage 17 of this year’s Tour de France will (hopefully) see the peloton take on the Col de la Loze, the 7th highest climb in the French Alps. It hasn’t the iconic ring to it that Huez or Tourmalet has, but give it a bit of time and a few more tour stages, and it’ll be on every keen cyclist’s bucket list, I assure you of that.

Tranquil, tough and stunning are three words that spring to mind now that I’ve scaled the climb. But come sometime in September when the Tour visits I’m sure they’ll be even more words we’ll all be able to label it with.

Anyway, how about you delve into this weeks video, check out what the peloton has to look forward to or fear (if you’re a sprinter).

Oh and as for how the Ritchey bike handled up its first proper mountain outing, well you’ll just have to wait for the full review. All I will tell you is that even skinny steel tubes aren’t resistant to sloppy, dirty roads that you may accidentally venture on to if you get lost, who would have guessed!!?