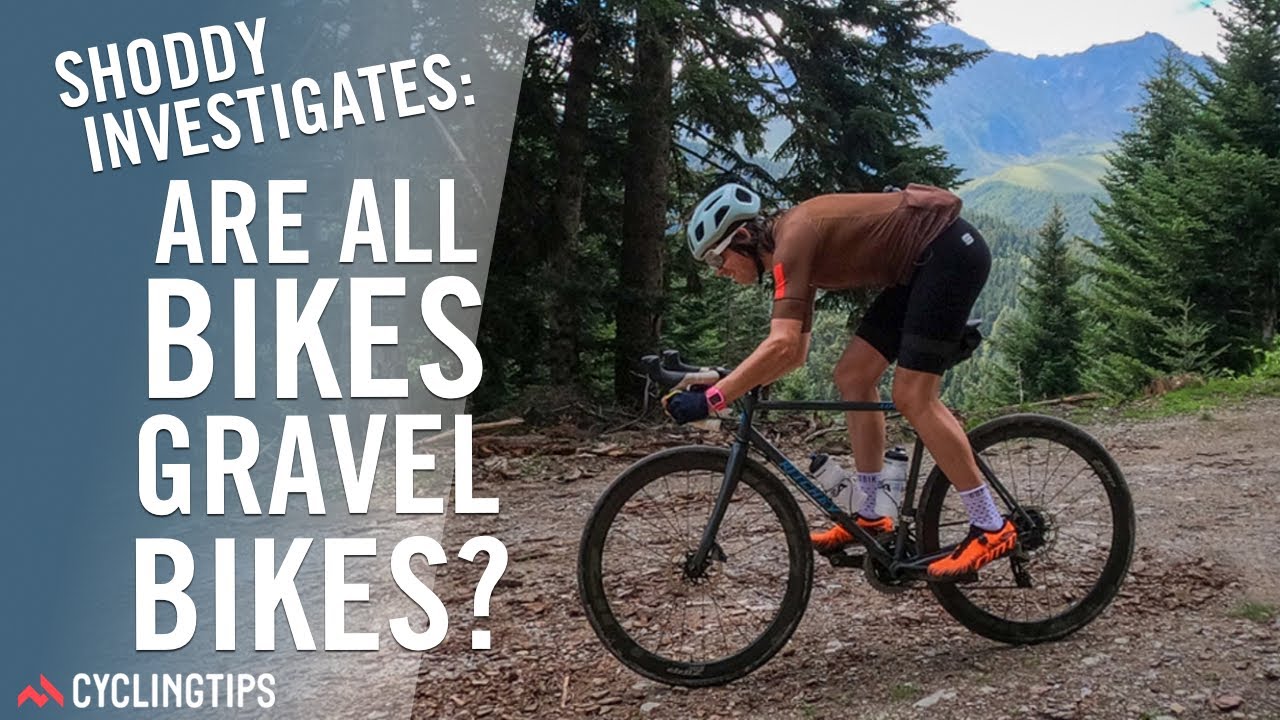 Marketing drivel, we all love it. Brands like to pitch their products as the ultimate in a set category. Be it the fastest, comfiest, the stiffest – you get the idea I’m sure.

We’re sold products to do a specific job. They’re put in little boxes, in categories, and marketed as ideal for their intended use and little else. But should we believe this narrow focus? Does everything have to be so specific?

Or can we just… ride?

I recently had a Twitter conversation that got me thinking. Basically, the gist of the message was that a certain icon of the sport, Mr Tom Ritchey to be precise, has been known to claim that “all bikes are gravel bikes,” or words to that effect. And I’m bloody sure I’ve heard him say them to me personally – if I’m honest I’ve got a few uncut interviews over several hours with him on my computer where I’m pretty damn sure he mentions it, I just didn’t have the time to look through to check. And you know what, I believe him, or at least I believe him to a point. Why wouldn’t you, he’s TOM “I helped start the mountain bike craze” RITCHEY!

By chance, I have a Ritchey Logic disc in my (small) fleet of bikes at the moment. It’s in my garage for another project, but it somehow seemed rude not to put Tom Ritchey’s claim to the test on one of his own creations, a creation that’s marketed as a “road bike”.

Also by chance, I’m in the French Pyrenees, not a bad place to spin the legs. And on top of that, I just happen to be staying in Bagneres-de-Bigorre. A town that’s seen a few Tour de France stage finishes over the years, it’s regularly on the route.

Just last year the Tour had a stage finish here. You’ll no doubt remember it more for the hoo-ha that entailed halfway through the stage when Rohan Dennis pulled the pin not just on the Tour but on his time with Bahrain-Merida. To be honest, I can’t even remember who won that stage now; the Aussie took the limelight that day.

When the race isn’t here, the finish straight is a quiet street, wide enough for the Tour’s infrastructure and fans. It’s not even in the nice part of town. And this is where the second part of this week’s video comes into play. Yeah, it’s a double bill.

Grand Tour finish lines are sometimes in the oddest of places, and even if they’re in magical mountain tops, they don’t usually go beyond where the tarmac stops. This had me wondering: what’s beyond the finish line? What are we missing, if anything?

So with the Ritchey under me, my tires at a sensible pressure, I took on the Col d’Aspin. Or to be more precise, I took on the dusty, potholed and gravel roads that the peloton avoids.

Oh, and if I’ve got it wrong that Sir Ritchey has never said such things as I’m claiming he has, I apologise. But I’m damn sure he would if I asked.

I did somthing like this, it’s pretty damn special: