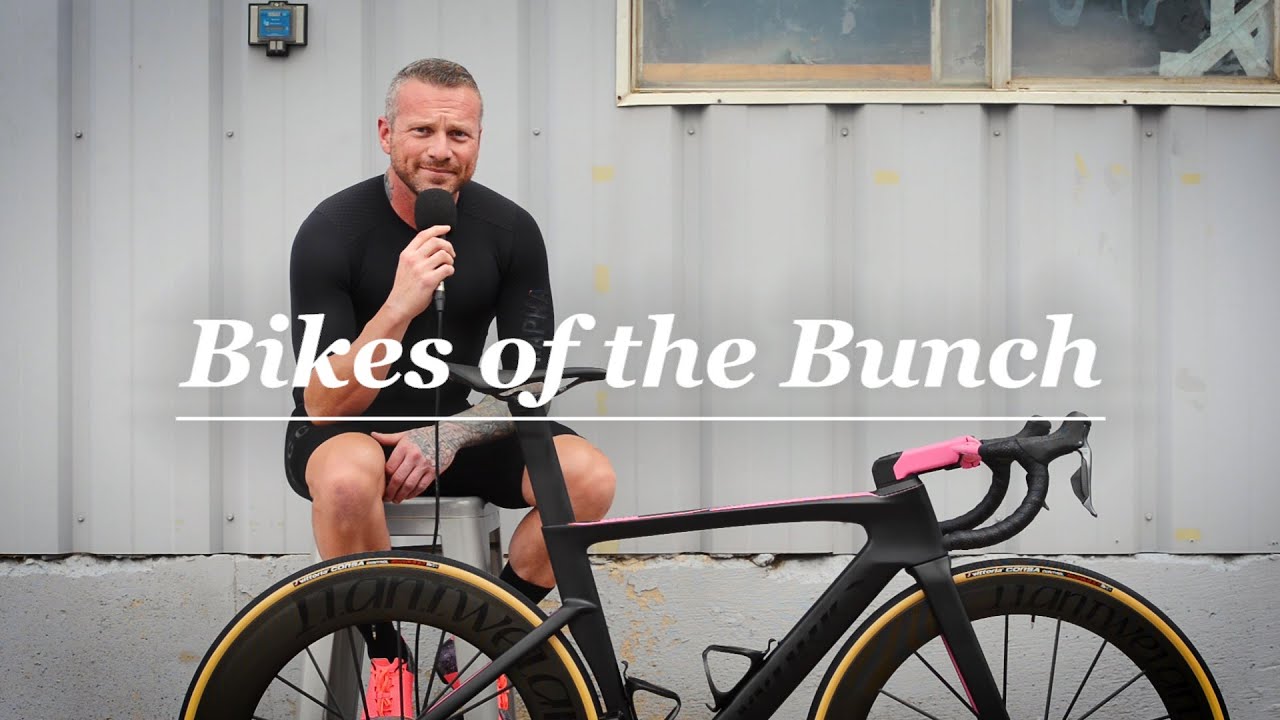 For years, Rocco Orlando was the tip of the spear.

I first spotted Rocco’s bikes hanging off the line of hooks in our local Rapha shop. They’re hard to miss. There was a BMC, custom painted with pink highlights, and a Specialized Shiv, immaculately clean. A Colnago C64 hung around for a bit. And then I spotted Rocco. Tattoos creeping down out of the sleeves of his kit. More pink highlights, seemingly incongruous on a guy who, if I had to guess, is the sort of fellow you really don’t want to mess with.

Rocco was a soldier. US Army. I haven’t asked him much about that part of his life, what he saw or did, because when we talk we prefer to talk bikes. The sort of personality that excels in war has to excel at something when war’s gone. It’s built-in. Bikes are that thing now.

That transition, from soldier to not-soldier, is an incredibly hard one. That’s something we have talked about. The United States loses, on average, over 15 veterans a day to suicide. Rocco was very nearly one of them. “If I hadn’t found cycling when I did, I probably wouldn’t have lasted another winter,” he says. “That’s just the God honest truth.”

He found bikes by accident, four years ago, wandering around a sporting goods store up in one of Colorado’s ski towns. There was a red bike, shiny, that caught his eye. The salesman showed him its electronic shifting, the buzz buzz of the derailleurs, “I thought it was the coolest thing,” Rocco says. He bought it.

It was early autumn. Rocco had been struggling with the transition to civilian life. “I struggled with alcohol, I struggled with sleep, usually the two went hand in hand,” he says. “I couldn’t sleep so I drank, or I drank because I didn’t want to go sleep. Because I knew I wouldn’t have a very good night.”

He was missing purpose, he says. Missing the camaraderie he’d had. And in this shiny red bike, a Cervelo, he started to find it.

The type of person who ends up at the tip of America’s spear doesn’t tend to do things in half measures. In the first two weeks, Rocco rode a thousand miles. Friends implored him to get a coach before he rode himself into the ground. At two weeks, he got one. At four weeks, still getting comfortable with clipless pedals, he was racing crits.

“My life changed,” he says. “The depression went away. I began to sleep. And I had an identity.

“The identity [before] was, ‘I’m retired military,’ it wasn’t focused on the next venture. And now I can say, ‘I’m a competitive cyclist.’ It saved my life, for sure.”

Talk to Rocco about bikes and you can feel the passion, almost the gratitude, he has for them. That’s certainly reflected in the time (and expense) he puts into each one.

The latest in Rocco’s fleet is this 2020 Specialized Venge, custom painted by Chris Ellefson at Flux Customs. Ellefson customized the helmet and Rocco’s shoes (shown in the video above) as well. The pink is for his mother, who died of breast cancer a few years ago. And to prove, as he puts it, that real men can wear, and ride, pink.

All of Rocco’s bikes are custom painted. He has them built by Zach Edwards at Boulder Grupetto (some of you may recognize Zach as the pro mechanic from our Nerd Alert podcast).

The wheels are from Lightweight, deep to match the bike’s personality, wrapped in Vittoria Corsa Control 28mm clinchers. He swapped out the stock bar for one from Enve. An SRM Origin power meter spins the Shimano Dura-Ace Di2 drivetrain, modified with Ceramic Speed derailleur pulleys.

Bikes saved Rocco’s life, and he wants them to save others. His near-term goal is to help other vets find cycling.

“I think the majority of soldiers, especially soldiers who were in the high op tempo units, meaning they did a lot of things down range, whether it be in Afghanistan or Iraq, once you have that background it’s really hard to fulfill that adrenaline,” Rocco says.

“These guys, they come back, they get out, even those with families, a wonderful wife and children, they feel alone. They don’t have anything to put their energy into. So what do they do? They compensate with drugs and alcohol.”

Rocco is building a team of veterans to compensate with bikes, instead. “There are a lot of parallels between serving in the military and riding a bike,” he says. “That’s my goal coming up, to get a team of veterans and go out there and show what we can do.”