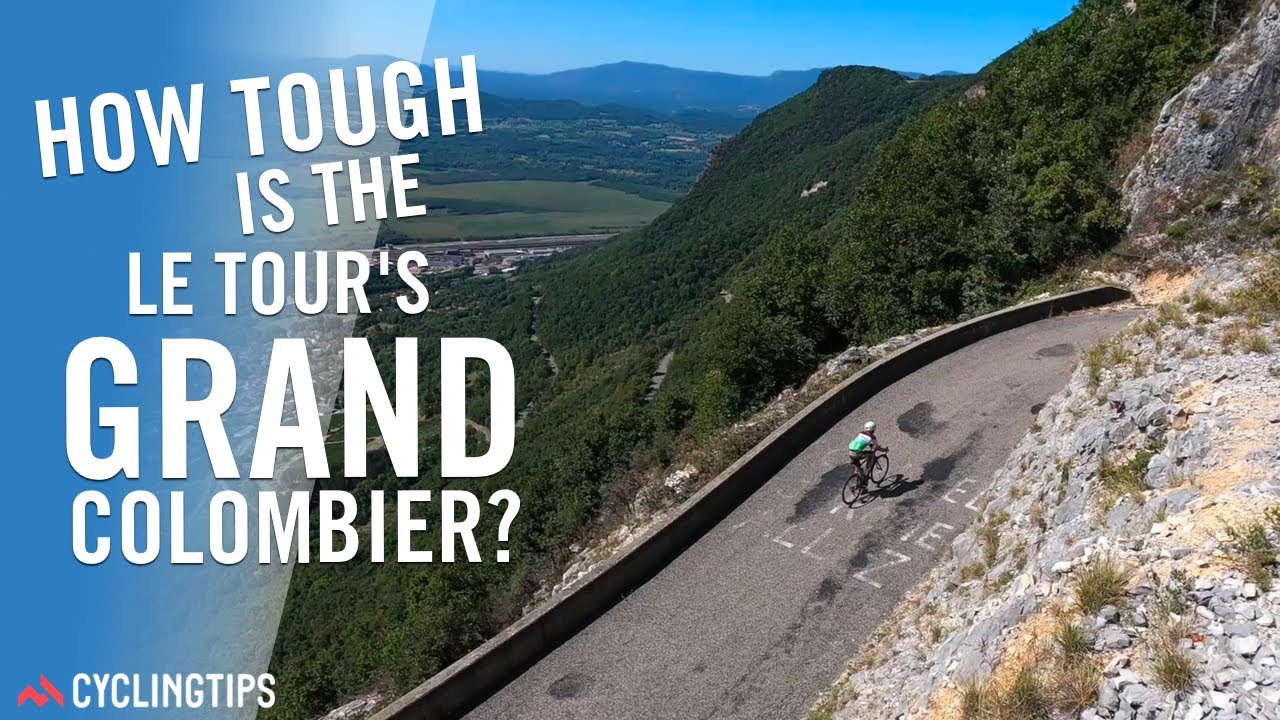 I’m sat in front of my computer writing this story feeling like I’m in pieces, or in more pieces than I expected to be. Legs are sore, brain’s not firing at its usual capacity, and the upper body slumped. I’m in way, way worse condition than I should be, or to be precise hoped to be.

I’m just home from riding the Col du Grand Colombier; you know the one. It has a wild bunch of hairpins early on that stack on top of one another up a rock face. The climb jumps up on its own sitting like a Walnut Whip at the top of Lac Bourget, north of Aix-le-Bains. Recently, it saw the first showdown between the old-ish super team of Ineos and that young bunch of startups on the other new superteam, Jumbo-Visma (Yes, I’m aware the team’s infrastructure dates back to 84, but let me off here for the sake of the article). Roglic, that ski jumper bloke, went up against 2017 Tour de l’Avenir winner Egan Bernal. It all played out during stage three of a race that usually no-one seems to care about, the Tour de L’Ain.

That stage was a firecracker, it got the social media feeds and Sunday morning bunch riders breaking it down and discussing if that was it for Ineo’s chances at this year’s Grand Boucle. Had Bernal not done enough Zwift during the lockdown?

This year the Tour returns to the Col du Grand Colombier. It’s visited the climb five times before. But this year is different, this year the peloton finish atop the 18km climb for the first time ever. The climb will be raced different to other years; we probably won’t see some wild escape early on hold on for the KOM point at the top. Nope, this year’s ascent of the climb will be for the team leaders, the GC riders. But will it make any difference to the overall outcome? Roglic took four seconds out of Bernal back at the Tour de L’Ain at the top of it, will it happen again?

To find out if stage 15’s finish will leave riders going into the second rest day with questions hanging over their head, I decided to pop over to the climb and tackle it. I also managed to harass Joe Laverick to accompany me up it. Joe rides for the AG2R feeder team, looking back it may have been an unwise phonecall. Let me just say it’s a different climb to how I remembered it. Twelve years ago I rode it. I’d actually been whistled and nodded into the gruppetto of the 2008 Tour de l’Ain’s peloton at the base of the climb by a mate who was riding the race. He wanted company up the climb. I rode alongside him to the top, the second time I’d rode the climb that day. The first for fun before the race rolled through. Back then it seemed a climb to not stress about, this time though, older and unfitter it took its toll. Hence the body in pieces.

The big question is: will the peloton see it as not one to worry about or be like me now, in bits and downing half a packet of chocolate digestives to recover?

Oh, and yeah, I may look a little less fresh at the end of the vid as opposed to the start when compared to the young upstart, but keep in mind I had the filming to worry about too! That camera is heavy.

Anyway, go on click play and see how much Joe has to wait for me, how steep it is and the breathtaking view that a reduced crowd will have to take in before the action hits the finish line.