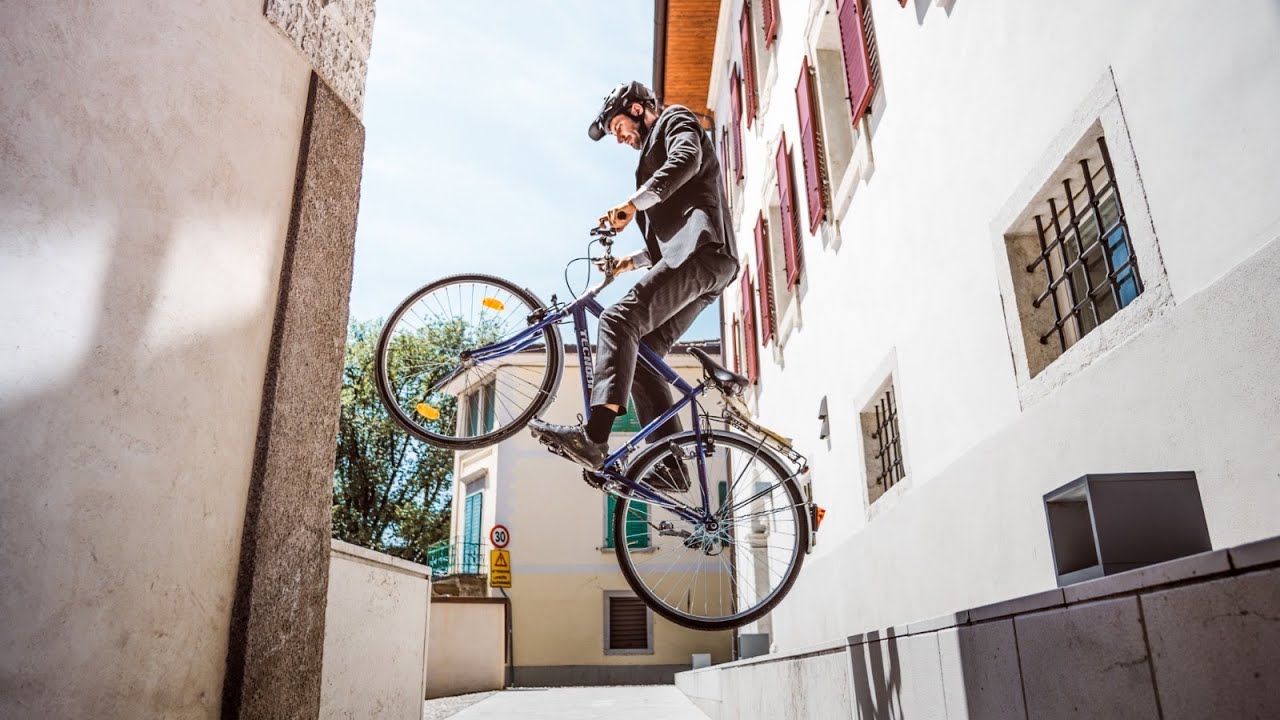 Video: Urban trials on a city bike in ‘Always Late’

This outrageous video from trials rider Andrea Maranelli was originally submitted to Pinkbike, and we thought we’d share it with you. Just don’t try this at home folks (not that you could)!

I am Andrea Maranelli, I am from Italy (Lake Garda) but I am currently living in Innsbruck (Austria). I have a trials-competition background but I am now focusing on riding trials on the MTB. However, in general, I love to create videos.

I am really happy to share with you my new video project: “Always late”! It is an unusual and innovative video because I have been using an old city bike to do proper trials.

The video idea came to my mind because I really wanted to create something which was as close to people as possible. Thus, as everyone knows how a city bike works, I have bought a second-hand one for 60€, and I have only changed the brakes on it! I have to admit that using all the original components was damn scary, especially the “one bolt stem”.

I was scared that it was going to break during every single jump, for real. However, in the end the bike actually held pretty well, except the rear wheels: I have broken 12 of them!

The video was entirely filmed and edited by one single video maker, Enrico Andreis (@Enrikui) in Rovereto (Trentino). We have definitely struggled a lot to record the lines multiple times in order to get different camera angles. The whole project took us about 6 months, also because of the coronavirus problem. I would like to thank him for his insane work and to thank my sponsors as well. Shout out to Leatt, Sick Series, GoPro and Athena.

I’m excited to know what you think about it, hoping you like it!