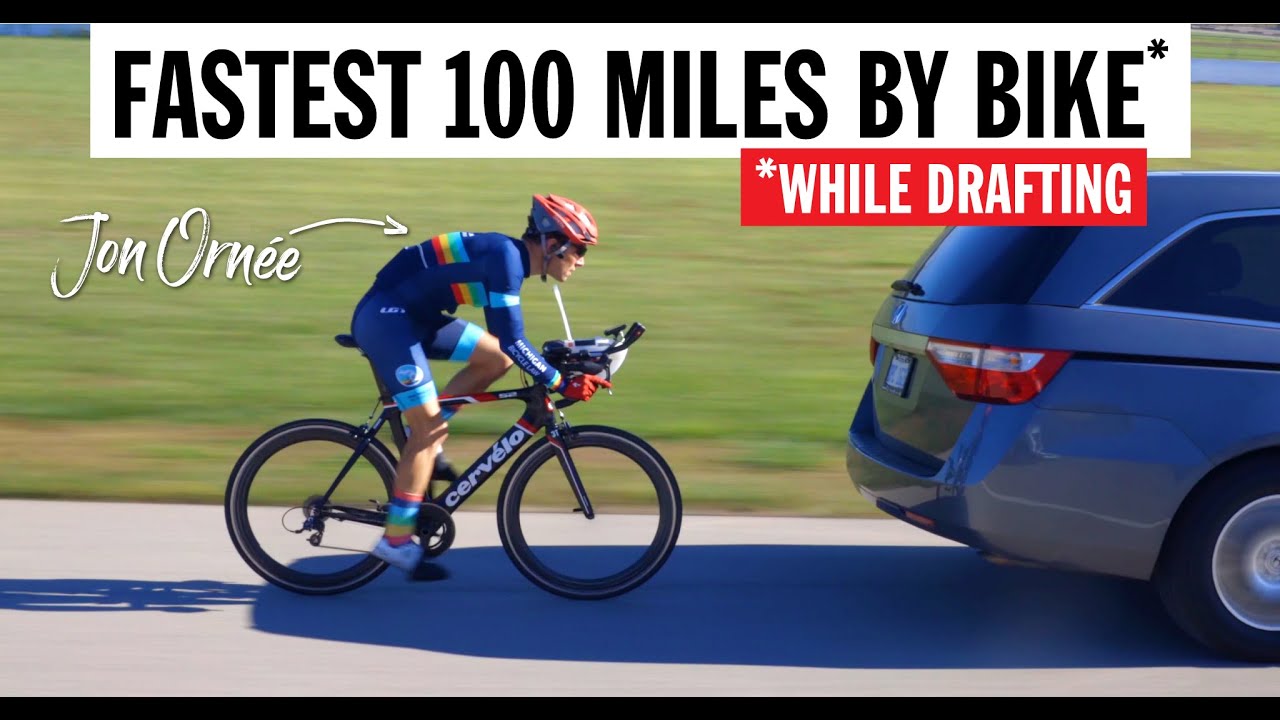 A man, a minivan, a Nascar track and a new world record

In May 2019, lying on a Michigan roadside after a driver in an SUV ran into him, Jon Ornée arrived at one of those moments that split a life into ‘before’ and ‘after’.

As the shock started to wear off, Ornée wiggled his fingers and toes, tried to replay the collision in his head, running through a mental checklist to see whether his head and torso felt OK. His leg hurt. His arm really hurt. But as the ambulance arrived, Ornée says, his main thought was that he was going to be alright. “I realized I was calm. With it. Everything was OK. I was thankful for all of the helpers surrounding me. Thankful for life, my body, my family.”

Those aren’t the emotions you’d expect when someone’s just been driven into, but they do give some hint as to the kind of person Jon Ornée is.

In hospital, Ornée took stock of the damage. His leg took the brunt of what could have been a fatal accident, but the more lasting damage was to his right elbow. His olecranon, the pointy part at the tip of his elbow, had snapped away from the rest of the bone and was displaced somewhere in his tricep. The rehabilitation took around a year, and during that time the 37-year-old Michigander began to wonder what shape his life would take in the aftermath.

Ornée decided the incident would be a line in the sand: a wake-up call to make the most of each day to come. A reminder to live life well.

“I vowed to start tackling the goals on my ‘wouldn’t it be cool, someday’ list,” Ornée says. “Because ‘someday’ never comes. We have to make it happen.”

Last Monday was the latest instalment in Ornée’s journey to make his life “epic”. On Michigan International Speedway in the slipstream of his dad’s Honda minivan, Ornée set what he believes to be a new world record for the fastest assisted 100 mile (160.94 km) ride – a distance covered in 2 hours 20 minutes and 46 seconds, at an average speed of 42.6 mph (68.6 km/h).

Speaking to CyclingTips in the days after the ride, Ornée conceded (correctly) that the ride was “a little bit mind-blowing”, but that was part of where the attraction to it lay. “Most of us cyclists have drafted in a pace line and behind a vehicle for short bursts, but doing it on a closed course for 100 miles was definitely entering unknown territory,” Ornée explains. “My head, neck, shoulders and back are still quite sore from tucking constantly.”

Communication to his father driving the lead car was facilitated by a Bluetooth earpiece, so Ornée could plan pacing, and keep focussed. “Going around a track while staring at the back of a vehicle is a ton of fun for the first couple laps,” Ornée says. “Doing it for over two hours is somewhat hypnotic. It was good to be able to chat a bit to keep my mind engaged.”

The ride served two purposes – on a surface level, it was the next cool thing to cross off Ornée’s list, but it was also a way of closing the loop on making peace with the events of last May. As he was recovering, Ornée grappled with the psychological ramifications of being hit by a vehicle. “Honestly, I was scared,” he says. “Cars and bikes clash too often. We’re supposed to share the roads, but several issues including poor infrastructure, driver education, distracted driving, and road rage regularly place cyclists in danger.”

It was time to bury the hatchet. “I thought, wouldn’t it be cool if a car and bike teamed up for a change and did something spectacular?”

Despite the awe-inspiring nature of the ride, Ornée’s setup was refreshingly low-tech. There weren’t any special modifications to his bike – a standard-spec Cervelo S2 he rode the whole way in a 52/11 gear, spinning at between 100-120 RPM, hunched over aero bars with a bottle and nutrition stashed in the middle.

The lead car was mostly set on cruise control, allowing Ornée to get into a zen state, concentrate on keeping a steady distance between his front wheel and the bumper, and whoosh through the miles. “I’ve ridden bikes at high speeds for many years and I felt very comfortable,” Ornée says.

With trust in his father’s driving, and with most variables removed – other than the banking on the turns and occasional crosswinds – it was a matter of managing his performance and fatigue. “My feet and hands were going numb and my neck was getting tight and tired so I was constantly strategizing micro movements and shifts to stay loose and focused,” Ornée explains. “The straight backstretch gave me a chance to change position a bit and relax to get blood flow back to my extremities.”

Fittingly, it was on that blissfully straight backstretch that Ornée clocked up the century, setting a milestone that may be the fastest 100 miles by bike while drafting (the file has been submitted to Guinness World Records for verification). On the infield, elated and exhausted, Ornée posed for a picture in front of an empty grandstand, a vast smile spreading across his face.

As he was after the crash in May 2019, Ornée says he was, mostly, just thankful: “for my family, life itself, the beautiful day, my body, my health, the wonderful people in my life.”

“This ride was definitely symbolic for me,” Ornée continues. “When I was laying on the asphalt after the crash, I thought for a moment – and at times weeks after – that maybe cycling wasn’t worth the risk. But I refused to let a negative event – an accident – rob me of the great joy I feel doing things that make me feel alive.

“We only get one shot at this life. We might as well make it worthwhile and memorable.”