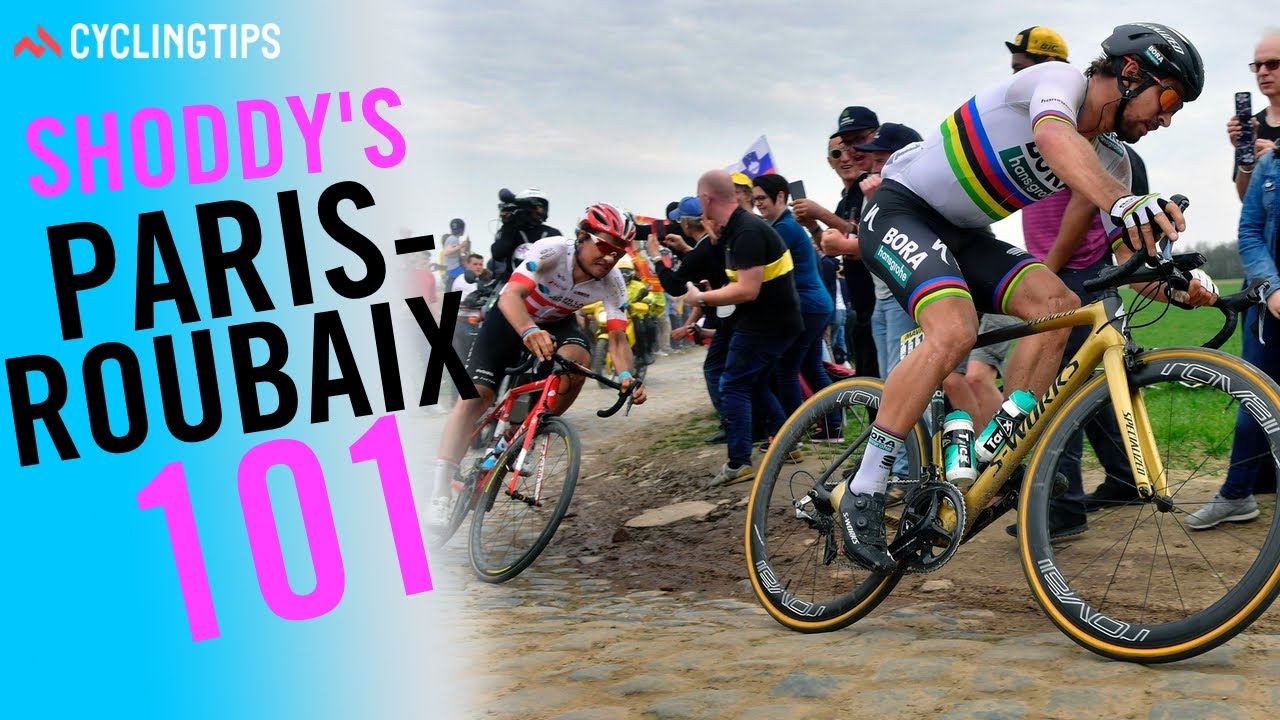 I think we all must be feeling it. A terrible weight in the base of your stomach, that cold feeling that rushes through you, the disappointment that smacks you like a cobble to the face. Yeah, there’s no Paris-Roubaix this year, and it’s just a tiny bit upsetting.

Just take a look at the site, we’ve got a few articles up already reminding us of what we’re gonna miss in 2020. The iconic terrible weather (probably, for the first time in nearly 2 decades), the pain, the action, and the rivalries. And I’m afraid to say that this little video I’ve put together isn’t any different. It’s a Roubaix 101, a brief history of just some of the bits and bobs you should (and I’m guessing for many of you already) know about the Queen of the Classics.

If you’re a history buff then well, you’re in luck, and I’ve delved into how and why the race first started 124 years ago, why it was seen initially as just a small leg opener back in 1896, why we have a barman somewhere in Roubaix to thank for the race getting the green light, and how much was up for grabs in the first edition.

If you need reminding as to how amazing the race is (not very likely, I know), then fear not, I’ve included a few of the all-time great editions. Or at least the great editions that have easily accessible imagery. You try getting video or photos from races before the 60s!

Then in the latter part of the vid, I’ve not forgotten about the tech-heads out there. Roubaix is a race that demands not just a bit more from the rider but also a damn lot more from their standard bike. And over the years there has been some shall we say “interesting” ways bike manufacturers have tried to alleviate the rough and tumble of the pavé. Some have worked, many haven’t.

So as always, dive in, press play, it may just help with some of that pavé-pain and sorrow we’ll all be feeling this weekend when we find out that it’s raining in Compignene on Sunday morning (probably). Damn you Covid!