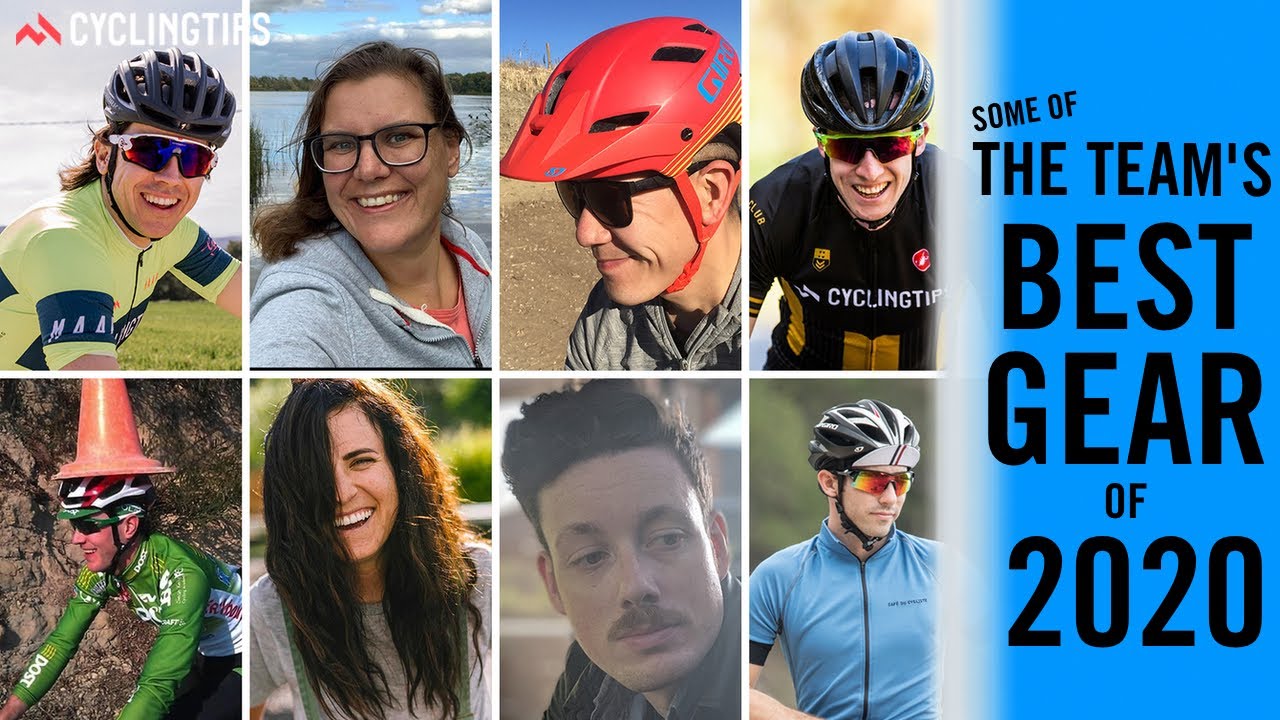 With it being the end of the year, us here at CyclingTips have put together a few list of our favourite products from 2020.

If you haven’t caught any of our Ten Products We Love articles, I’ll do you a big ‘un and throw the links down below. They’re worth a read, if I may say so.

In the list we each gather ten items that we’ve loved, it may be gear we’ve acquired through the year via testing, new bits we’ve spent our own cold hard cash on or maybe items that aren’t new to the 2020 manufacture catalogue but new to us.

We hope each list says something about the author. Actually, there are a couple that isn’t that hard to guess as to who the gear belongs to. For starters, there are no prizes for guessing the tech guru who has eleven of the ten items being tools (or something close to that), and equally, there are zero awards given to the sleuths amongst you who work out the author who’s included a “Swift” product in their list – and yes, I do mean Swift as in Taylor, not “Zwift” as I’m guessing most of you would understandably expect.

To accompany the article, we thought we’d put a video together. But don’t worry, it’s not an epic marathon where we each delve into our top ten and ramble. Nope, I thought better of that. Instead, I’ve asked for two items from each member of staff, who either had a few moments on their hands or could be bothered to do a bit of filming – yeah I’m looking at you Iain, letting the Oz side down. (Iain: Sorry Dave!)

Maybe we could class this video as “the best of the best”, or maybe it’s just the stuff that was within arms reach and didn’t need too much of an effort to go get to chat about. We will never know!

As I always say at the end of these weekly articles, please hit play on the video. Delve into this week’s audio and visual delight. I’m sure you’ll be glad it’s not just me chatting to the camera for a change.

And as for the links to the articles, well, here we go as promised.

Each and everyone’s top ten’s

If you’re into your ball bearings, your torque keys and shiny alloys, you best delve into CT’s number one tool nerd’s top ten. Dave Rome’s article.

ABBY “are you taking the” MICKEY

Abby offers up a pretty eclectic collection. There are some sweet flowery MTB gloves, the annual album from her sister from a different mother (she wishes) and a fanny pack (man, that’s funny typing that as a Brit, it’s a bumbag)!

JOSé “From the flatlands” BEEN

If rapid carbon wheels and fancy electronics are your bag, and you wanna learn what’s needed to look slick while dashing around the dikes of the Netherlands, then I advise you to check out José’s top ten.

Iain, being the resident wordsmith, shows off in his list that he can actually read. Fair enough Iain, but if I’m honest that album you’ve included pales in comparison to the one Abby slipped into her list. Beyond him trying to look all cultured he has included a bike that I also loved in 2020.

The new lad, Rohan smashed the Everesting record this year (before it got a bit tougher) so he knows the kit that’s needed to go fast. He’s included some really geeky bits for those of you out there who want to follow in his wake. I’m also betting he wished he wrote his list after “testing” the Campagnolo bottle opener. I’d also like to say a big “sorry” to the new guy for forgetting to do an intro in the video, please cut me some slack – I’m still learning how to correctly pronounce your name.

James over in Colorado, as we are all aware, is one of our top nerds here at CT. To be honest, we’re all nerds in our own way, but James is a special one. So special that he’s included a pair of reading spectacles in his list this year, and as we all know if you’re gonna out-nerd the nerds, you’ve got to look like a nerdy nerd…or something like that. And yes I know that’s a stereotype, but heck lets roll with it for this one.

Caley “Dude, have you seen my dropper” Fretz

If you’re after a list that includes items that I’m sure are only included because the author wants to look cool, then check Caley’s ten picks. He’s got a smattering of mountain bike bits in there, and let’s be honest, if he weren’t an editor in chief for a site that is tied to the big dogs at Pinkbike he would (I’m sure) have chosen items that us curvy handlebar, slick tire, lycra-clad consumers would have recognized.

Lastly, there’s my list. There’s an item in my ten that I’m sure Mr Rome probably thinks is quite quaint, there’s also a bike that I’ve gushed over for the past five months, and finally a fair share of Euro items, someone’s got to go for the funky Eurocentric styles.

If you’re after more tech, keep coming back especially once that calendar rolls over to 2021. We’ve big plans, we promise.