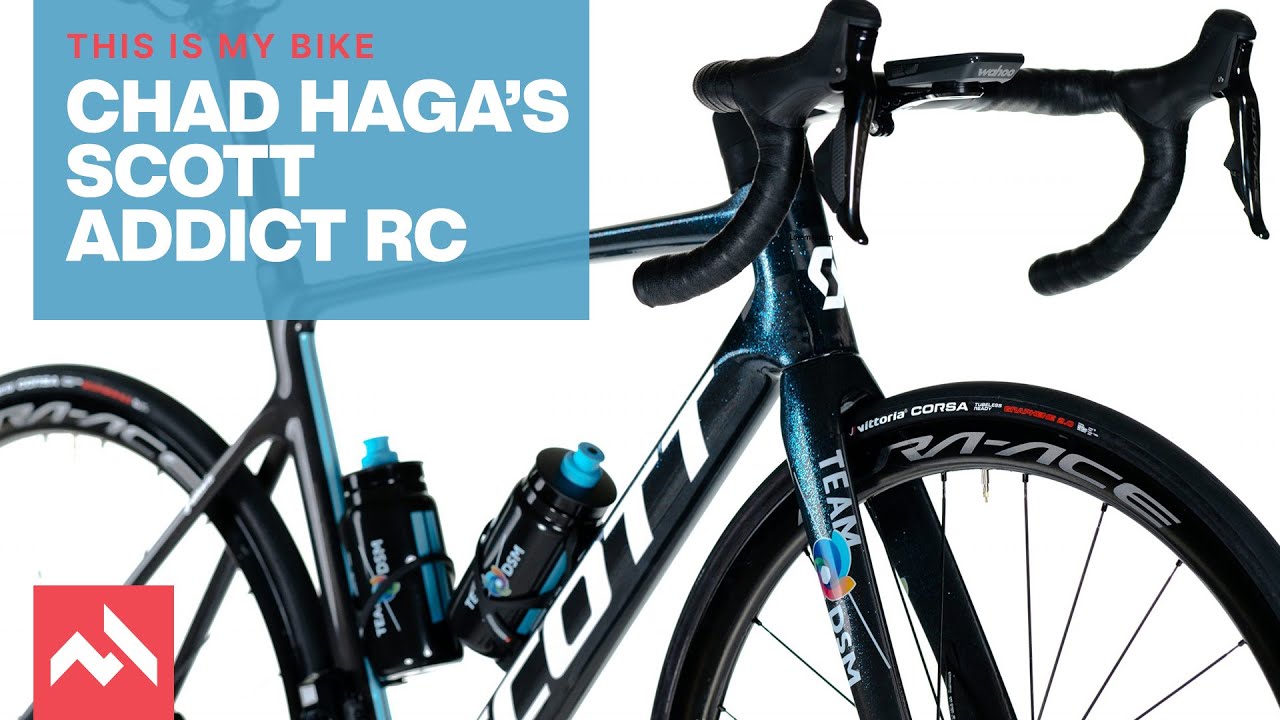 Chad Haga and his DSM team are on new Scott bikes for 2021. What does he think of his new ride?

In any normal year, we would have had a big gallery of all the new pro bikes for you already. Every year one of the big jobs at the Tour Down Under for us is harassing the pro mechanics for a loan of a team bike. It’s a long-winded process, often involving the transaction of a few beers. We then dash outside, grab a few quality snaps, get the info and low down on what’s new, what’s not so new, and what is hot then hand the race bike back to the mechanic for them to check that we’ve not accidentally dropped it while shooting. We never have, honest!

This year, though, with no standard Tour Down Under held, we weren’t able to grab them shots for what is always a popular gallery.

So for 2021, we’ve gone about it a different way. Instead of us attempting to get our grubby mitts on the team bikes in Adelaide, we thought we go straight to the source, the riders.

In this upcoming series, we’ll find out who’s a dab hand with a camera, we’ll also find out whos not got an artistic eye. As I’ve asked the professionals themselves to shoot their bike, I’ve nagged them to give their training bike a wash, drag it out into the sunshine and get as many good shots as they can manage.

We’ll chat to the riders too, find out what they like about the new bikes, their favourite bits and pieces that they’ll be rolling on this season and I’ll also aim to get a few good tech stories out of them – in this episode Chad has a great disc break story.

As soon as it starts raining, I’m heading out the door. I’m gonna see what it’s like.

Chad Haga on his new discs

For our first video, we managed to get Chad Haga of Team DSM on Zoom, live and direct from his home in Girona, Spain. Last year, the team was formally known as Sunweb and were on Cervelo. For 2021, that brand has moved on to Jumbo-Visma and in has stepped Scott.

Chad, along with his teammates, will be using Scott’s pure all-round race machine, the Addict RC Pro. It’s kitted out with the usual fancy components. A full Shimano Dura-Ace Di2 groupset (yes I do ask him about the new possible wireless version) takes care of the shifting and braking. They roll on Shimano’s Dura-Ace wheelsets which are wrapped in Vittoria rubber. And as for the finishing kit, well that comes from Scott’s inhouse brand Syncros. There’s a few other bits and pieces we chat about, including a piece of gear he’s quickly been impressed by.

So, if you want to know what Mr Haga thinks about his new bike and his first foray on to a road bike with disc brakes press that play button.