This saw-wheel-equipped bike is snow joke

A man, a budget mountain bike, a frozen lake, and too much time on his hands. 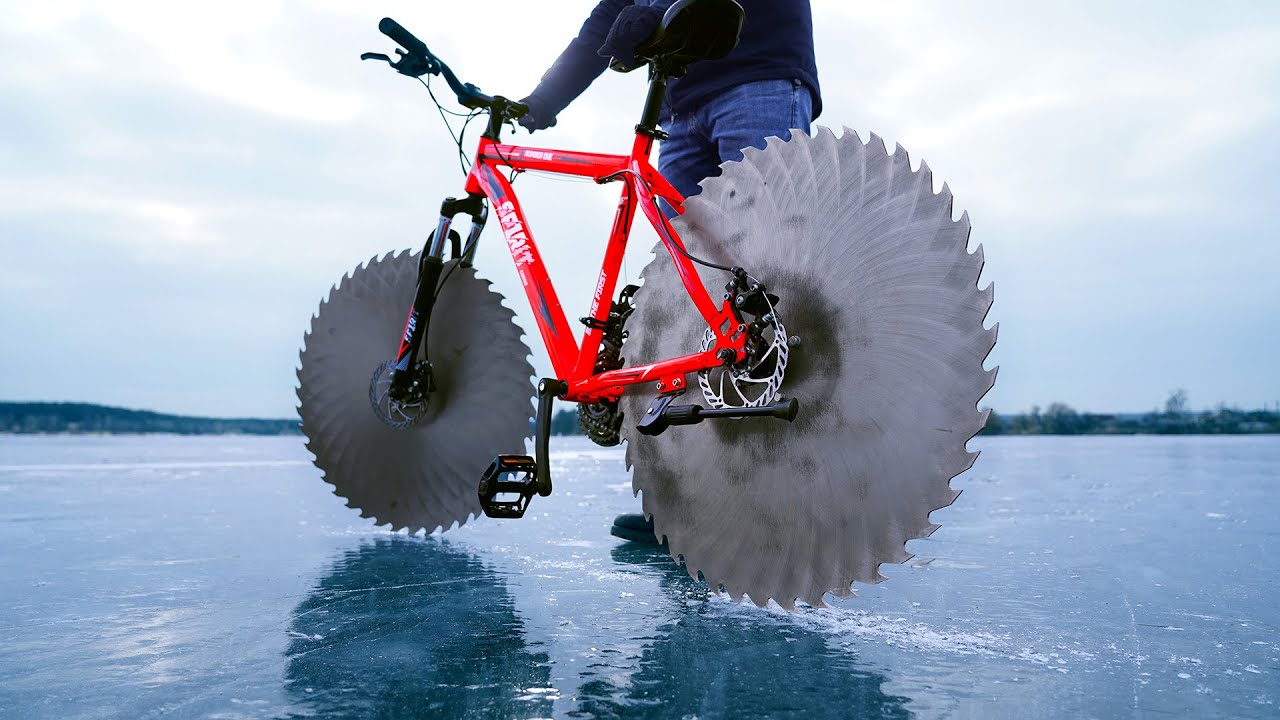 YouTube is fertile ground for lunacy, and it’s absolutely no different in the cycling space. The latest video to capture our attention, from the heavily subscribed The Q channel, is five and a half minutes of a man fitting saw-wheels onto a budget mountain bike, and then riding it on a frozen lake.

Although the video is brief, it is jam-packed with instructive information for how to fit saw-wheels onto your own budget mountain bike, if you feel so inclined. Lulled by a soothing soundtrack, we get to see how to take the wheel apart, remove the loose ball-bearings, repurpose the hub, and finally, fettle a death-trap.

Then, we see Old Mate set off onto a frozen lake somewhere depressing enough that making a bike like this seems a productive use of time.

The video – “Epic Cycling on Ice” – has gained impressive traction over the five days since it was published, with more than 15 million views. Many of those viewers have found themselves imagining things:

We imagined things too – like the head tube angle and toe-overlap of the Spirit “Number One” mountain bike that, thanks to this video, has become an unlikely internet icon. Unfortunately, details about the creator of the video, his location, and even the bike itself are hard to come by.

So: what do we know?

These things: He (or his editor) has terrible taste in royalty-free music. He has sensible shoes. He knows his way around an angle-grinder. He seems to be making these modifications in an abandoned office. He is wearing this t-shirt that you can buy used from someone in France for €1, if you want to Shop The Look.

All of which is great, but leaves us some way short of truly knowing the man, the myth, the Epic Cyclist on Ice.

So, thwarted, I guess we’ll just hit repeat on another viewing and imagine him cutting through the ice with his silly invention, running over a mouse, cycling on a giant pizza, etcetera.