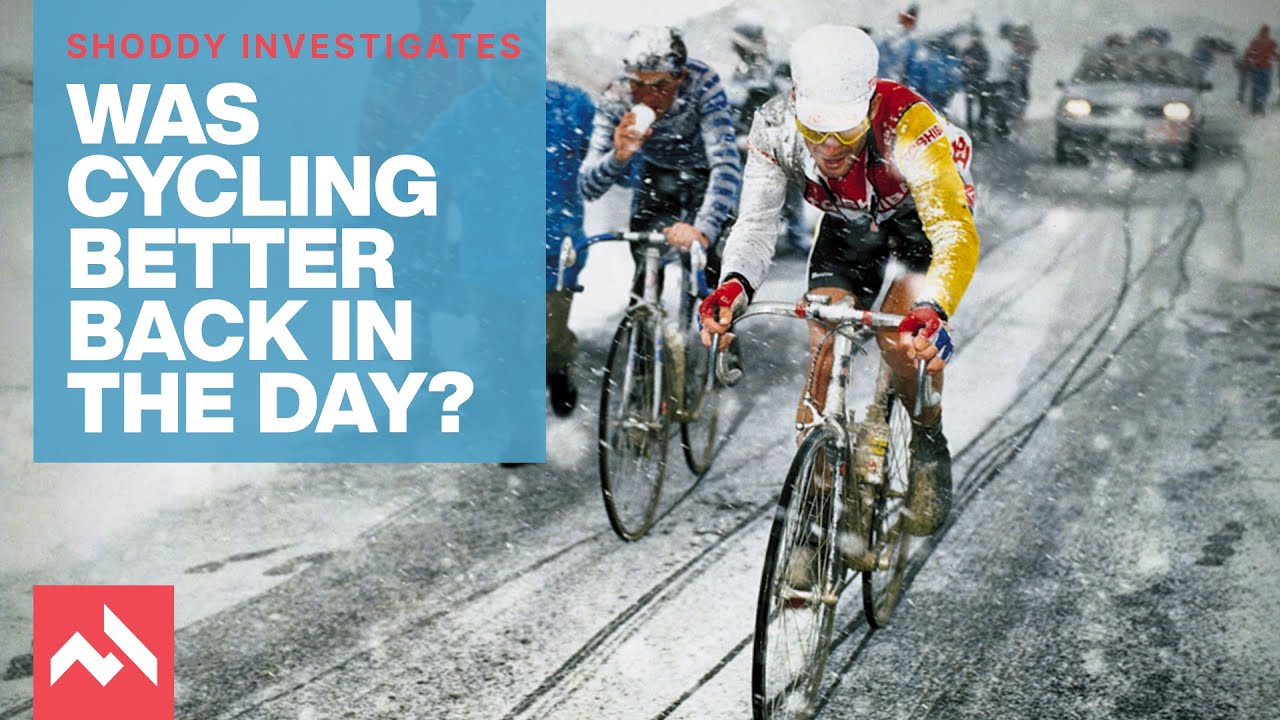 A winter cap or two wouldn't have gone amiss here, I'm sure.

Was cycling better when it was made of wool and shot on film?

A winter cap or two wouldn't have gone amiss here, I'm sure.

The work Slack channel can be an interesting place at times; it can also be pretty damn “worky” at times too. But in this instance a conversation with the new lad Ronan via Slack about how blooming cold it gets in northern Europe got me wondering about the good old days.

Ronan and I both hail from the chillier parts of the United Kingdom, Ronan from Northern Ireland and I from the Lake District, if it wasn’t for a large gulf of water between the two of us, we could have been training buddies back in our racing days. Anyway, this is a long-winded way around stating that we have trained and raced in some crappy winter weather over the years. And with that, we’ve had to learn what kit works and what doesn’t.

We both came to the conclusion that most of today’s cycle clothing is superb, a world away from what we had to deck ourselves out in as kids—all but one single item, the humble trade team winter cap.

That’s right; we decided that the sole item no brand in this day and age has managed to surpass in quality is the simple winter cap. If you don’t know what we’re on about well that doesn’t surprise me as they’re like hen’s teeth, so hard to get hold of because we’re sure they don’t make them any more — instead, it’s all fancy material this, Gore-Tex that, and clever panel layouts. Far too much tech for one simple item.

From this whinging and whining Slack conversation it got me wondering, was cycling better back in the day? Have we been led down a road where cycling doesn’t quite live up to what it used to be, what it should be? Or are things today far rosier than before?

The simple answer is obviously a big old “no”. Cycling was great then and is great now.

But that didn’t stop me from coming up with a few things that definitely (maybe?) were way superior back in the day. So here we have it a top ten, a count down of cycling stuff that was better when it was made of wool and shot on film.

Oh, and before anyone takes this too seriously, I may not be 100% behind all my own “opinions”.