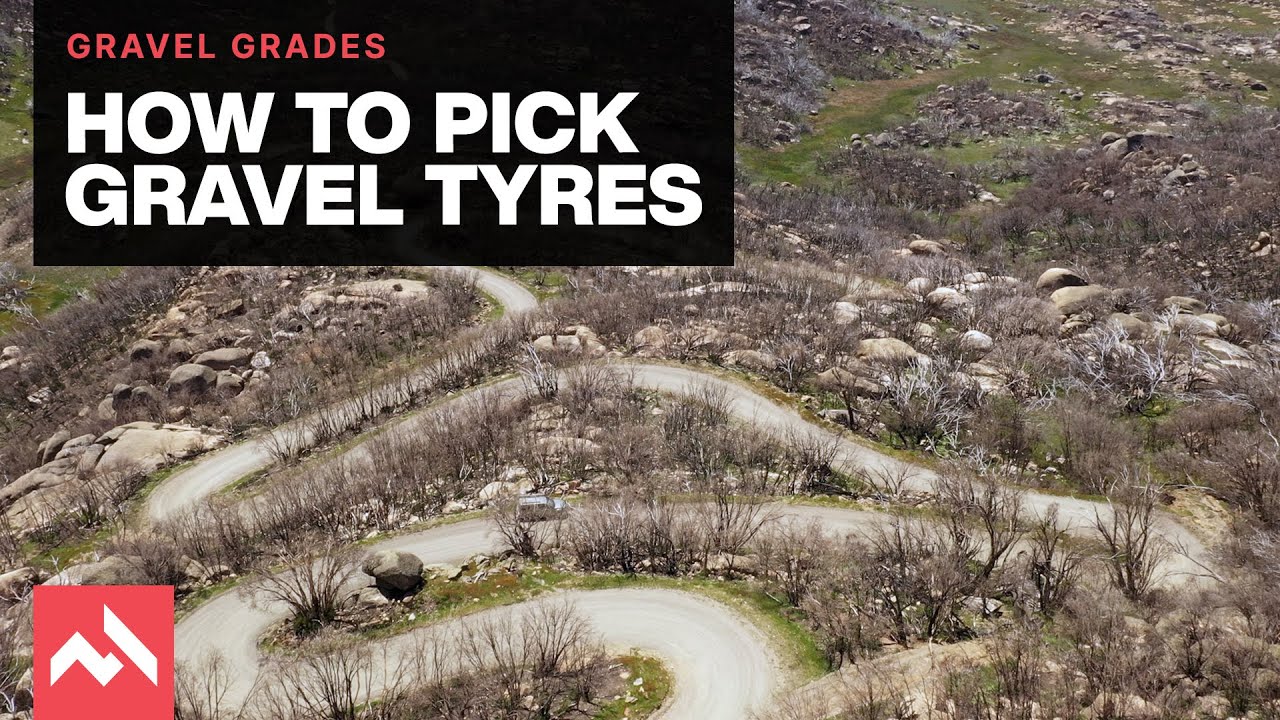 Can we arrive at a common vocabulary to define what this ‘gravel’ thing is? We'll sure try.

In August 2019, we proposed a way of categorising gravel – the Gravel Gradient™. Some 18 months later, our editor-in-chief Caley Fretz got around to recording a video about it, along with some of his suggested tyres for each of the grades of gravel.

Luckily, gravel isn’t going out of fashion, and this content is every bit as relevant as it was back then. So see above for the new video, and read below for the old background reading.

There’s no such thing as gravel.

Or, rather, there’s no such thing as a single conception of what ‘gravel’ is. It exists on a kind of shifting scale, defined by where you live, what your appetite for adventure is, and the capabilities of your bike and the tyres it runs. What you call ‘gravel’ might be another person’s ‘singletrack’. Another person’s ‘gravel’ might be your ‘road cycling’. We each know what gravel is when we see it – but the problem is that we also each see it through a different lens.

And what about bikes – are your horizons opened up enough by a big-clearance road bike? If so, how big is that clearance, exactly? Are disc brakes mandatory? What does the geometry look like? Are the wheels 700c or 650b? Can the frame fit both? Is it suspended or rigid?  Do you need an all-road bike, a gravel bike, an adventure bike … and what – if anything – is the difference between them?

In this confusing flurry of questions, perhaps the most pressing one is this: can we arrive at a common vocabulary to define what this ‘gravel’ thing is?

In the frosty north-western fringes of Europe, where Norway and Finland and Russia intersect, live the Sami people. Their existence – and in turn, their language – is shaped by their context: harsh winters and subsistence herding. A side-effect of this is that their language has developed a vast vocabulary of words for ‘snow’ and ‘reindeer’ – allowing them to communicate a rich spectrum of detail around these fundamental things.

There’s a (possibly apocryphal) 50 Inuit words for snow, but the Sami have that licked: they have at least 180 words for snow and ice.

It’d be foolish for me to suggest that we need to get that far into the weeds when talking about gravel. But perhaps we can follow the Sami’s lead at least some of the way.

Because let’s be honest: ‘gravel’ doesn’t cut it as a catch-all term. If this …

… are called the same thing, then how do we talk about the enormous spectrum of gear that we’re recommending for that thing?

Sub-categories of a category

The CyclingTips team is spread across America and Australia and bits of Europe – places where we have well-made dirt roads, rugged singletrack, rocky fire-roads and pretty much everything in between. And all of those environments could feasibly fit under the umbrella of ‘gravel’.

Gravel, to James Huang, could fit into as few as three sub-categories: “From smoothest to roughest: dirt roads, then good-quality crushed gravel, then basically just rocks dropped into something that vaguely looks like a road.”

Dave Rome, on the other hand, feels this doesn’t go quite far enough. He proposes six broad variants of gravel, topping out at “MTB terrain – where you have dropper posts on gravel bikes, 650×2.2in tyres … get a MTB”.

At times we toyed with a binary definition – 2WD- or 4WD-car-appropriate – but that didn’t seem to offer enough scope. And it’s more complicated than just paved/unpaved surfaces, too.

After a bit of back and forth, though, we’ve arrived at this. We call it the Gravel Gradient, and it’s our attempt to standardise the spectrum of a broad category. (Note: for corrugated surfaces, bump it up a grade!)

Bad roads, cobbles and rough paved surfaces. You’re fine on this with a road bike, but you’re going to have a better time on wider tyres and with disc brakes.

Dirt roads. The native habitat of our crew in Boulder, where well-made, hard-packed dirt roads offer a road-like experience but without the traffic. A 2WD car will have no problems getting along here; a road bike will be mostly fine but some rutting and looseness will mean that it’s getting a little out of its depth. At times, may be even smoother than bad paved surfaces.

At the rockier end of the dirt road spectrum, you start to approach…

Reasonably smooth gravel. Discernible small rocks over a hard-packed surface mean that you’re struggling to pick a line on narrower tyres; a bigger volume tyre allows you to keep your speed up. In wet conditions, there’s a fair bit of muck kicked up from the surface so rim brakes, even if they allow the tyre clearance, might not be ideal.

Rough gravel. With surface conditions that may include shale, larger gravel and rocks, this is tending toward the rougher-end of the capabilities of a 2WD car.

You’d be well and truly out of your depth on a road bike here, and are getting to the point where tubeless tyres, disc brakes and big clearance are the safest and most practical choice. May also include smoother singletrack.

Borderline MTB terrain. At the rougher end of the spectrum for the capabilities of most gravel bikes, we’re starting to get into the more weird and wonderful of the category’s tech – we’re talking dropper posts, 650×2.2” tyres, suspension … essentially drop-bar MTBs.

These more robust creations allow you to tackle 4WD tracks, rough firetrail and terrain that five years ago would probably have had you reaching for your mountain bike.

What do you think? Have we captured enough of the spectrum? How would you break up the gravel category?