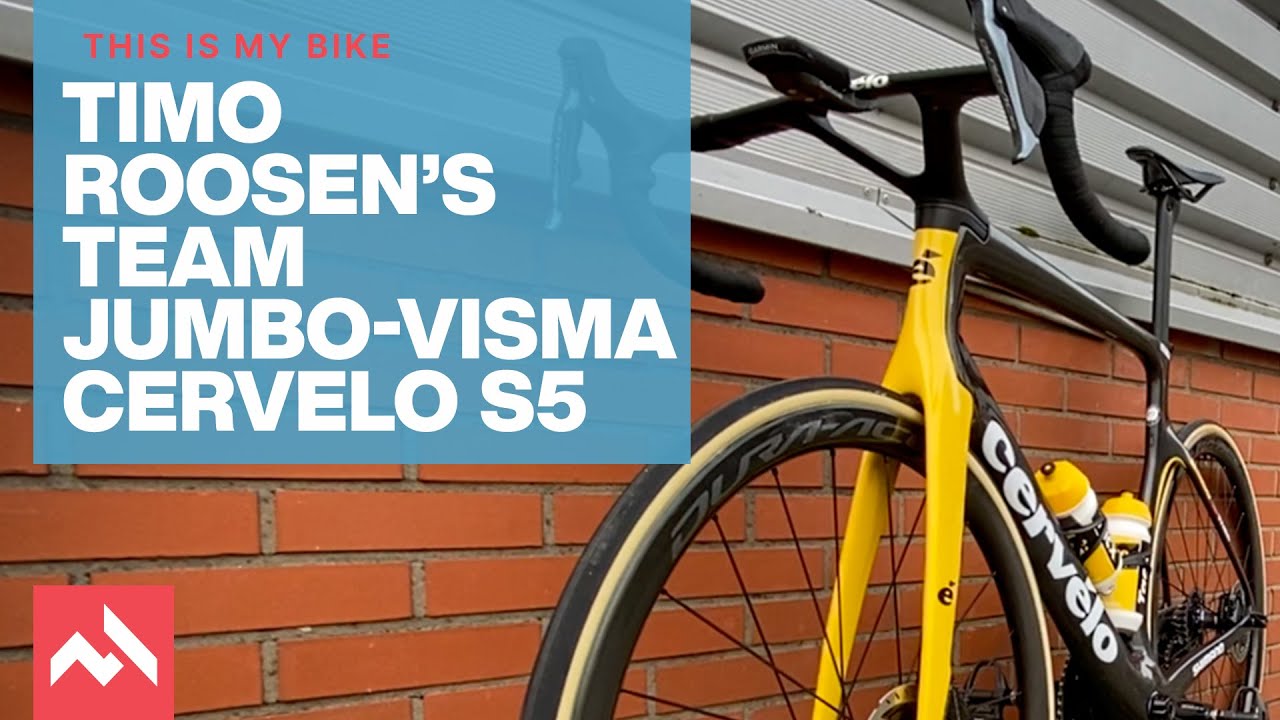 Timo in action at Strada Bianche on his new Cervelo S5.

In this week's episode of That's My Bike, one of the unsung riders of the peloton, Timo Roosen, to chat about his new Cervelo.

Timo in action at Strada Bianche on his new Cervelo S5.

In this week’s episode of That’s My Bike, I managed to nab some time with one of the unsung riders of the peloton, Timo Roosen.

Roosen may not be familiar to many, but trust me, he’s one of those rare riders that are indispensable within a team. With two pro wins to his name, and one of them in an impressive 25km solo break back in 2017 at the Tour of the Fjords, Timo enters the seventh year of his professional career with Jumbo-Visma, a team that I think it’s safe to say he can comfortably call home. Roosen jumped up to the World Tour with LottonNL-Jumbo in 2015 after serving his two-year cycling apprenticeship with the team’s development setup, then called the Rabobank Continental team.

In this episode, I caught up with Timo while he was “lounging” around some random hotel in Belgium after refreshing his head and legs off what the opening weekend races’ cobbles had in store for him.

Via the now ever-useful Zoom meeting, I got to chat with Timo to find out not just what his preferred race bike is from the fresh fleet of Cervelos at the team’s service course (that happens to only be 25km from his home in the Netherlands). We also chatted about the bikes that the team will use once the Tour of Flanders and Paris-Roubaix roll around at the start of April.

For 2021, Jumbo-Visma have switched bike suppliers, long time team sponsor Bianchi has moved on to pastures new with the BikeExchange team. In came Cervelo as bike sponsor.

As Timo points out in the video, every other equipment sponsor has stayed the same; Shimano still supplies the team not just with the Di2 groupsets but also an array of wheels and power meters. Tires come from Vittoria and saddles from Fizik. The kits still made by Aguand the lids by Lazer, but there has been a big change at the team: with Cervelo coming on as a sponsor, the team is finally leaving rim brakes behind and moving to discs.

I chat with Roosen to find out not just how he’s getting on with his new set up, but also to see if he can weigh in on the current controversial subject, are discs really that good?