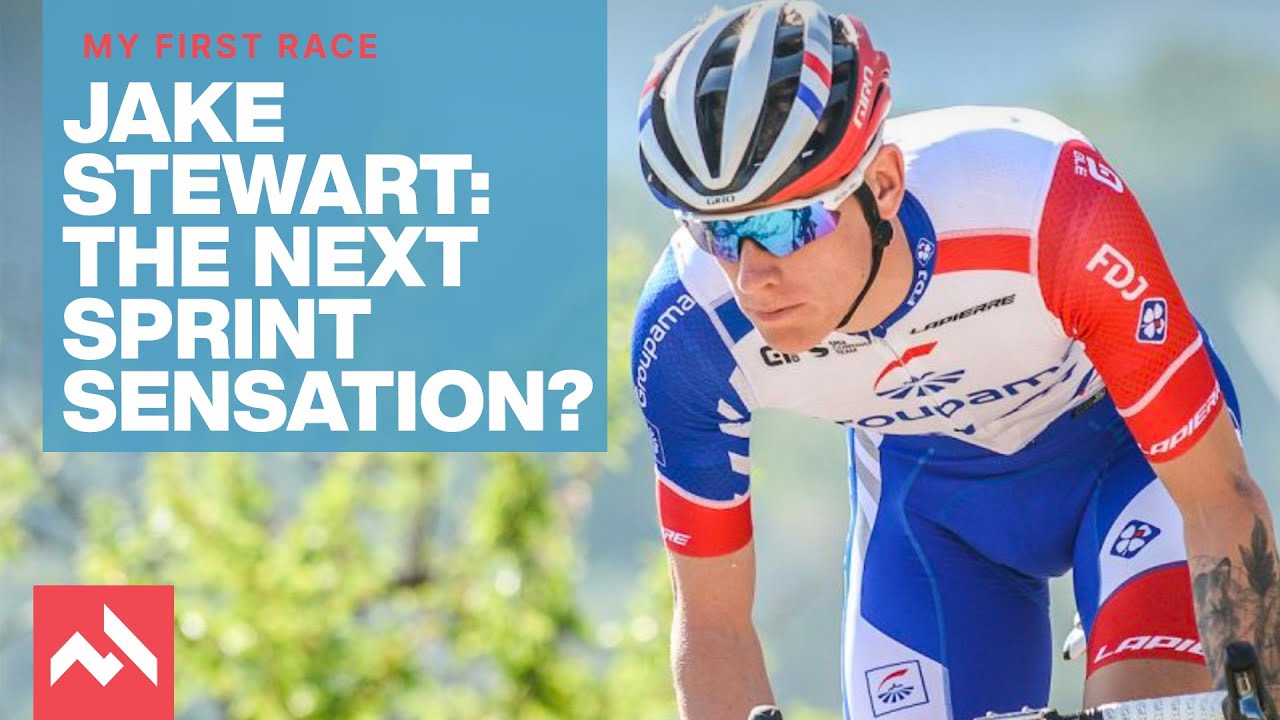 Jake Stewart may not be a name you're all too familiar with, at least until he was pushed into a barrier by Nacer Bouhanni.

Jake Stewart may not be a name you’re all too familiar with, or at least until this year Omloop Het Nieuwsblad. Shall we call it the season’s true one-day opener?

Actually scrap that first sentence, since writing that introduction on Friday afternoon, Jake more than likely popped into your news feed and consciousness because of a certain French trouble maker, Mr Nacer Bouhanni, who ended up doing a classic “Bouhanni” on Jake, in the closing meters of this Sundays Cholet-Pays de La Loire.

Jake is in his first full season with the World Tour team Groupama – FDJ, and he’s hit the ground running, or sprinting, shall we say. Second place behind Davide Ballerini of Deceuninck – Quick-Step at Omloop Het Nieuwsblad and the weeks preceding that he finishing fourth on GC at the Étoile de Bessèges stage race, as well as taking first in the youth classement.

Since 2019, Jake has been cutting his teeth with the continental Groupama-FDJ team, in essence, the World Tour’s feeder team. Come August of 2020, Jake stepped up to the World Tour, dipping his toe (quite successfully) with the Groupama-FDJ’s World Tour squad riding as a stagiaire.

Back then, the team needed all hands on deck due to the heavily rescheduled and overly busy calendar, that along with a few of the WT riders out due to injury the team needed full rosters to be competitive. This saw Jake line up to some auspicious races. Normally, stagiaire’s aren’t thrown too far in at the deep end.

For instance, if 2020 hadn’t been what it was, Jake’s first race with Groupama – FDJ at the Tour du Limousin would have been a relatively low key event. But last year, the race saw a stacked start list with big-name talent, teams lined up looking for extra racing days due to the reduced calendar. In the south-central farmlands of France, Jake finished second on GC behind Luca Wackermann of Vini Zabù – KTM and shared a podium with 2013 World road race champion Rui Costa who came in third. Not a bad start to impressing the top dogs within the French squad’s managerial setup. From there, the northern classics beckoned, Jake was thrown in at the deep end, lining up at all the major rescheduled Flandrian Classics, Gent-Wevelem (35th), Scheldeprijs (20th), Ronde van Vlaanderen and finally finishing the season with Driedaagse Brugge-De Panne.

Unlike many British professionals, Jake cut his own path through the lower rankings to work his way up to a World Tour contract. More often than not, the British names that stand out on the result sheets have come through the British Cycling development structure; Jake spent a small amount of time with British cycling, racing track and road, but he’s clearly cut from a different cloth. It’s a rarity to see a young British talent snapped up by a French squad. And even odder to see a British professional stay in the UK full time for training once they’ve joined the World Tour.

His cycling story starts back not too long ago in 2012, at the age of 12, where the action that unfolded inside London’s Olympic velodrome sparked an interest. In this new video series, I’m going to aim to chat to riders about their first race, I thought Jake would be the perfect rider to kick us off. After all, 2012 isn’t that far back to recall his first foray into racing. We’ll find out if that first race was a success or a far cry from what he has become. Plus, we’ll delve into the first races of his pro career, again something that should be very fresh in Jake’s mind.