Too clever by half: Alaphilippe’s Tirreno sit-up backfires 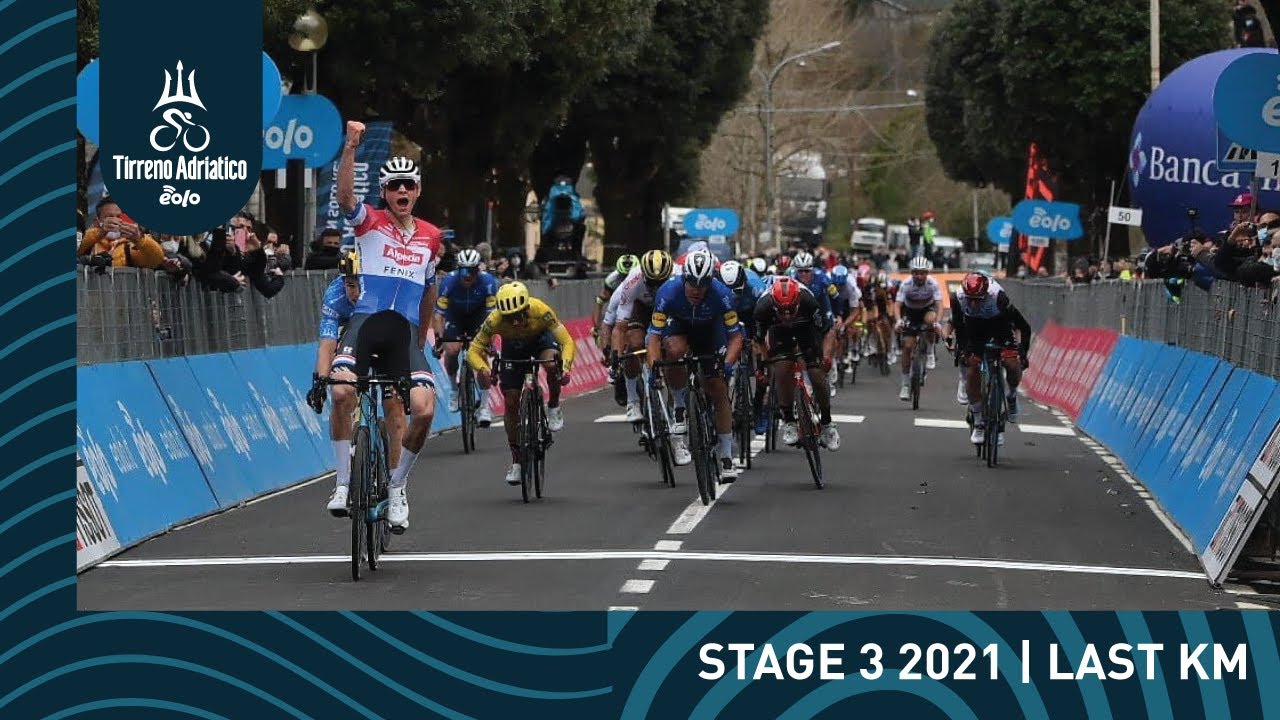 It’s not often that Deceuninck-Quickstep gets it wrong, and when they do, the hiccup often involves Mathieu van der Poel or Wout van Aert. This one involved both.

On Friday at Tirreno-Adriatico, on a nasty little kicker of a climb to the finish, DQS botched it. Julian Alaphilipp’s intentions were good; the execution, well, that got Van Aerted.

The maneuver was a classic sit-up, the less aggressive sibling of the brake-check. Quickstep’s Zdenek Stybar was on the front, charging forward with Alaphilippe behind and their sprinter, Davide Ballerini, a few rows back. With 750 meters to go, Alaphilippe let off the gas just a hair, letting a small gap open up, then open further, until Stybar was all alone with 30 meters to spare.

It’s a clever move. The big names – Van Aert and Van der Poel – had their eyes on Alaphilippe, not his leadout man. So it took a few seconds for anyone to realize what was happening. Sometimes, a few seconds is all you need.

In this case, it wasn’t enough. Van Aert, who is riding for GC at the moment, took it upon himself to close the gap, and close it he did, so that Stybar went from a potential stage victory to pulling a lead-out for the wrong team at about 250 m to go.

Unfortunately for Quickstep, Alaphilippe let off the gas just a bit too much, and in doing so ended up slowing their backup plan, Ballerini, sending back to 7th wheel too close to the finish. The Italian never recovered his momentum and crossed the line in third.

It could have worked, of course. All Stybar needed was for Van Aert and Van der Poel to look at each other for just a second. A few moments of “no, you close it” would have been enough. In taking the bait and losing this particular game of chicken, though, Van Aert ended up dousing Stybar’s chances while also sacrificing his own opportunity in favor of his rival. Mathieu van der Poel took the win.

Video of the final kilometer is above. Scroll right through the photos below for the breakdown: