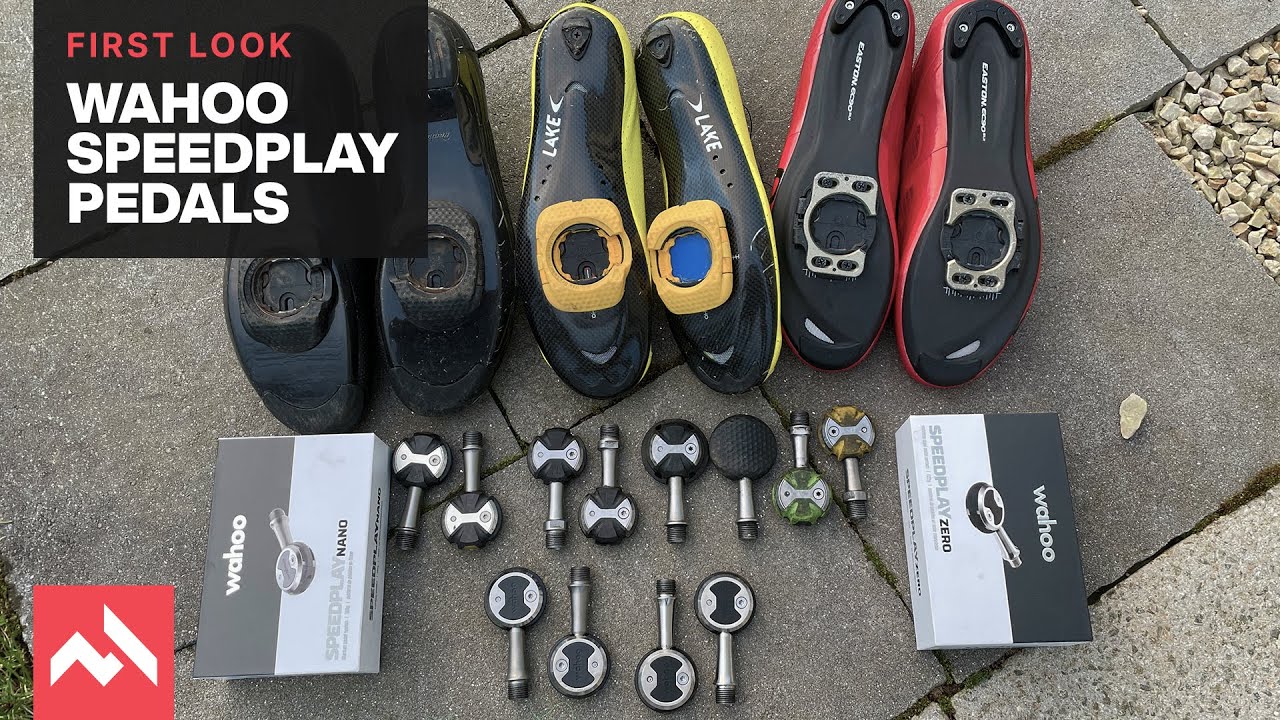 Two years on since acquiring Speedplay, Wahoo has unveiled an updated pedal range and announced a power meter pedal

Wahoo has today announced the launch of its Speedplay pedal range. In the announcement, which was eagerly awaited by fans of the lollipop-style pedal system, Wahoo confirmed a total of five new and updated pedals, including a power meter pedal.

Wahoo acquired Speedplay two years ago, and although the brand continued to offer Speedplay products, speculation had been abundant in that time about the platform’s future.

Unfortunately, Wahoo did little more than confirm a power meter will be available in the northern summer of this year. Details about the Powerlink Zero are scant, other than the fact the pedals will have a stainless steel spindle and weigh 276 g. Wahoo has not given any information about the accuracy, battery life, or charging method. From the one image supplied we can see the Powerlink Zeros will use a spindle pod much like that on the Favero Assioma Duo.

The new range announced today brings back some of the most popular Speedplay pedals. The Zero with its stainless steel spindle should prove the most popular, with the Comp offering a budget-friendly option. We have the Zeros in for a longer-term test and weighed the pair at 220.7 g (222 g claimed), slightly heavier than the outgoing Speedplay Zero Stainless.

The Aero retains the single-sided entry and dimpled back as per the previous version, and also gets the stainless spindle. The Aero lacks the ease-of-entry of its siblings, which have dual-sided entry, but it should still remain a firm favourite among racing and time trial riders. The Aero pedals have a claimed weight of 224 g.

The Nano is Wahoo’s titanium-spindled Zero option with a carbon composite body to further reduce weight. Not to be confused with the race-day-only Nanogram of the previous Speedplay incarnation, the new Nanos are designed to be robust enough to be used on a daily basis and are delivered with standard cleats. That said, a rider weight limit of 82kg does apply to the Nanos. Our test set of Nanos weighed in at 170g.

While the new range retains the iconic Speedplay design, Wahoo has made several refinements aimed at improving durability and performance.

The most striking of these improvements is a new cap surrounding the pedal body. This new cap replaces the old bow-tie design to protect the body and prevent the wear many riders experienced with the traditional Speedplay design.

Less obviously, but perhaps more significantly, Wahoo has upgraded the bearings within all the pedals. The new pedals get updated needle bearings with seals on both ends, where previously, Speedplay pedals did not have needle bearing seals. Wahoo claims these changes mean the need for regular greasing with the Speedplay grease gun is now a thing of the past. In fact, Wahoo has done away with the grease ports on the side of the pedals entirely.

With bearing issues and pedal body wear rate a common complaint from Speedplay users, it is hardly surprising Wahoo focused on these as areas for improvement. Speedplay fans will surely welcome these improvements, but only time will tell how successful they will be.

The new range all feature 53 mm spindles as standard, with Wahoo offering spindle length options for the Zero stainless model in 56, 59, and 65 mm through retailers and bike fitters.

The shorter 50 mm spindle previously available as an option on Zeros and as standard on the race-day Nanogram pedals is no longer available.

In a move sure to disappoint some Speedplay fans, the new range is only available in black. Wahoo has decided not to provide the range of colours previously offered by Speedplay.

While the lack of colour and a 50 mm spindle option might disappoint some Zero fans, the news is much worse for X-Series, Frog and Syzr users. Wahoo has, at least for the time being, discontinued all three of these models, and as such, there is no off-road platform in the new range.

While Wahoo says it hopes to re-enter the off-road space at some point, this will not be in the immediate future and will feature an entirely new design. In some consolation to current users of these pedals, Wahoo will honour warranties on these platforms while stocks last.

As noted, we have both the Zero and the Nano models in for testing. While it is too soon yet to comment on durability, the new pedals are very familiar to me as a Speedplay user. The refinements to the pedals are unnoticeable once pedalling and have no impact on the general feeling or use of the pedals.

Based on initial impressions, I’d imagine the new pedals and bearings will be somewhere in line with other pedals brands’ durability but fall short of Shimano Dura-Ace pedal and bearing levels of robustness. Those who regularly greased and maintained the old bearings may even find the new setup less durable.

Walkable cleats, aero cleats, V2 cleats – call them what you will, but the newer Speedplay cleat design is known for having an issue with rust. The cap that gives the cleat its walkable and “aero” properties also seals moisture in, which eventually leads to the issue seen above. This is the view of my cleats after just two weeks of riding. To be fair I have done a lot of indoor riding in that time and sweat dripping down through the sole could be the main issue here. But it is something I will be keeping a close eye on in the coming months.

Stay tuned for a longer-term review on the new pedals.

The Nano, Zero, Comp, and Aero pedals are all available now. The Powerlink Zero will be available in the northern summer. Prices for the now-available models are as follows:

Head to WahooFitness.com for more information.