Pello Bilbao wins stage 4 of the Tour of the Alps.

Pello Bilbao wins stage 4 of the Tour of the Alps, La Course will take place a day earlier and on a different route, Tom Pidcock is set to race Liège-Bastogne-Liège.

Pello Bilbao wins stage 4 of the Tour of the Alps.

The Tour of the Alps continued with an action-packed fourth stage on Thursday. Meanwhile, La Course by Le Tour de France organizers announced that the race will now take place a day earlier and on a different route than previously planned, and Tom Pidcock is set to race Liège-Bastogne-Liège.

Pello Bilbao nabbed stage 4 of the Tour of the Alps on Thursday ahead of Aleksandr Vlasov and Simon Yates.

After a breakaway move that featured Chris Froome was reeled in just inside the last 20 km, a much reduced pack hit the final climb of the day, where attacks flew about halfway up the ascent, further whittling things down. Yates and Vlasov crested the climb together and then the pair began the descent.

Dan Martin and Jai Hindley both hit the deck on the descent, while Bilbao sped downhill and ultimately caught up to Yates and Vlasov. The three rolled into the last kilometer together, and then Bilbao sprinted to the win ahead of Vlasov, with Yates taking third and retaining his overall race lead. 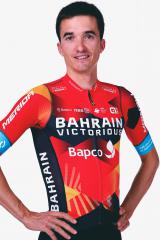 Tom Pidcock had originally been expected to close out his Spring Classics campaign at La Flèche Wallonne, but Het Nieuwsblad reports that the 21-year-old Brit will start Liège-Bastogne-Liège on Sunday, and he has been named as an expected starter in a press release from the race.

As he makes his debut in the climber-friendly Monument, Pidcock is set to be joined by Ineos Grenadiers teammates Michal Kwiatkowski, Richard Carapaz, Tao Geoghegan Hart, and Adam Yates.

You can see the current expected start list here.

La Course by Le Tour de France has been moved up a day from June 27 to June 26 and will now take on a different route, the ASO announced on Thursday.

“Following a change of date for the second round of the French departmental and regional elections, the organisers adapt the schedule of the race in order to affect as little as possible the access to the polling stations for the citizens living in the area,” the ASO said in a statement.

UCI and Zwift link up with IOC for Olympic Virtual Series

The UCI and Zwift will join up with the IOC to put on mass participation virtual cycling events as part of the newly announced Olympic Virtual Series (OVS).

The OVS will feature virtual events in the sports of cycling, rowing, baseball-softball, sailing, and motor sport. The cycling series of mass participation events will take place between June 1 and 27.

The OVS aims to bring the broader cycling and sporting communities together for four exciting weeks of mass participation focused on inclusion and sharing of the Olympic values and spirit,” said David Lappartient, UCI President and head of the IOC’s Esports and Gaming Liaison Group.

The Tour of the Alps closes out on Friday with another tough day on the bike. An up-and-down course on the way from Valle del Chiese to Riva del Garda should give the climbers one last chance to shine on stage 5.