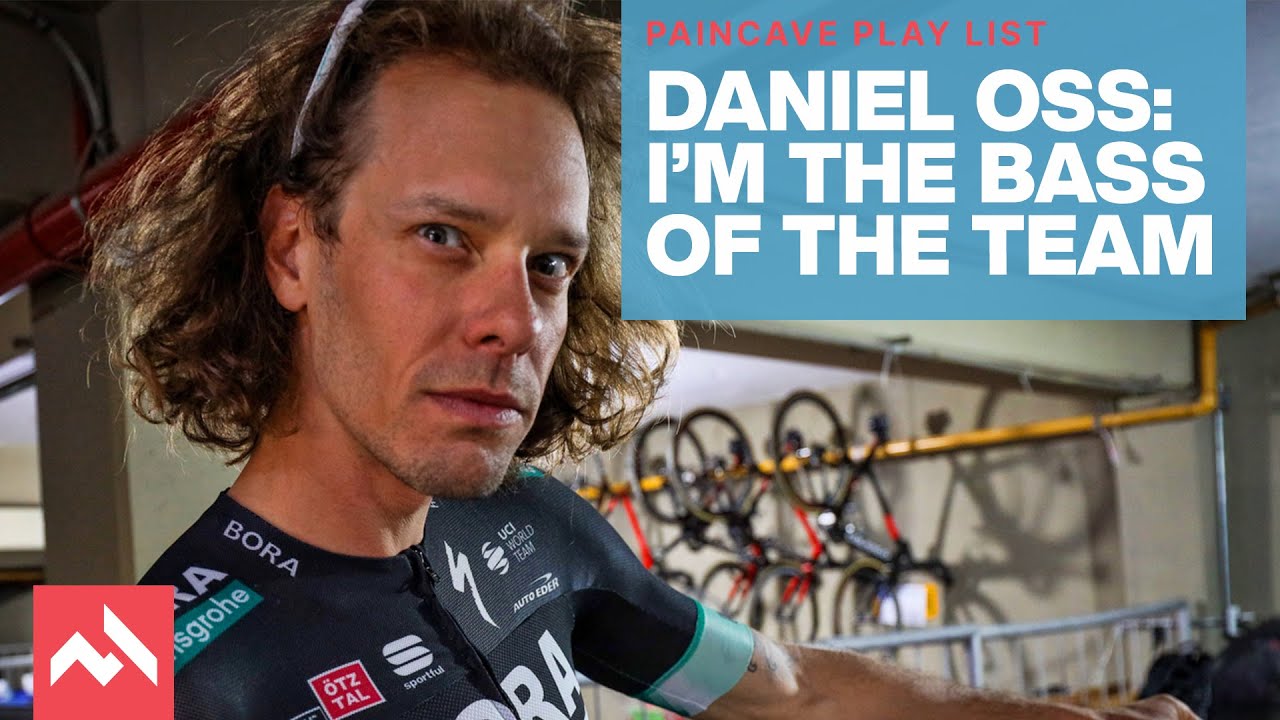 The Pro’s Playlist: Daniel Oss, the punk of the peloton

Welcome to the second episode of what I hope will be an ongoing series, The Pain Cave Playlist. If you didn’t see episode one with Bora-Hansgrohe’s Lukas Pöstlberger, then you won’t be clued up on what all this is about. Quite simply, it’s an excuse to chat music on a cycling website. I don’t know anyone who doesn’t enjoy music – it’s something that reaches everyone in some shape or form – but it touches some people more than others, and they’re the people I’m hunting down in the world of cycling.

As for the musicians, I’m reversing it, hunting down the people who work within the music industry who have a passion for cycling. I’ve got an absolute storming guest for episode three already filmed and in the bag. I’ll then nudge them in the right direction to build us a playlist, maybe even a playlist that would be ideal for riding.

In that first episode a few weeks back, I’ll be honest, Lukas Pöstlberger disappointed me; he’s Austrian, has a background in classical music, but surprisingly didn’t include any Schubert.  I suppose it’s not the stuff to get you fired up for a race or training. The rest of his playlist was “banging”, something which would get the blood flowing when warming up for a race or making the legs hurt on a Zwift route.

Lukas was the first person who recommended this week’s guest, Daniel Oss, but he wasn’t the only one. Twitter and YouTube commenters also requested I hunt down and chat with the long-haired Italian. It turns out he’s a bit of a punk.

Daniel’s playlist is a world away from Lukas’ “twiddly, tweet tweet” electronica; instead, it’s a bit rawer, a bit aggro, more informed by his days as a teenager wanting to escape from his small hometown in Italy.

We delve into a few tracks that he’d happily have on repeat; this week, I pose the question if Spotify didn’t exist, if MP3s weren’t a thing, if we were back before the iPod, what four albums would he have in his bag for a three-week tour?

We also chat about how he sees himself as the bass guitar of the Bora-Hansgrohe team – an instrument he’s also mastered.