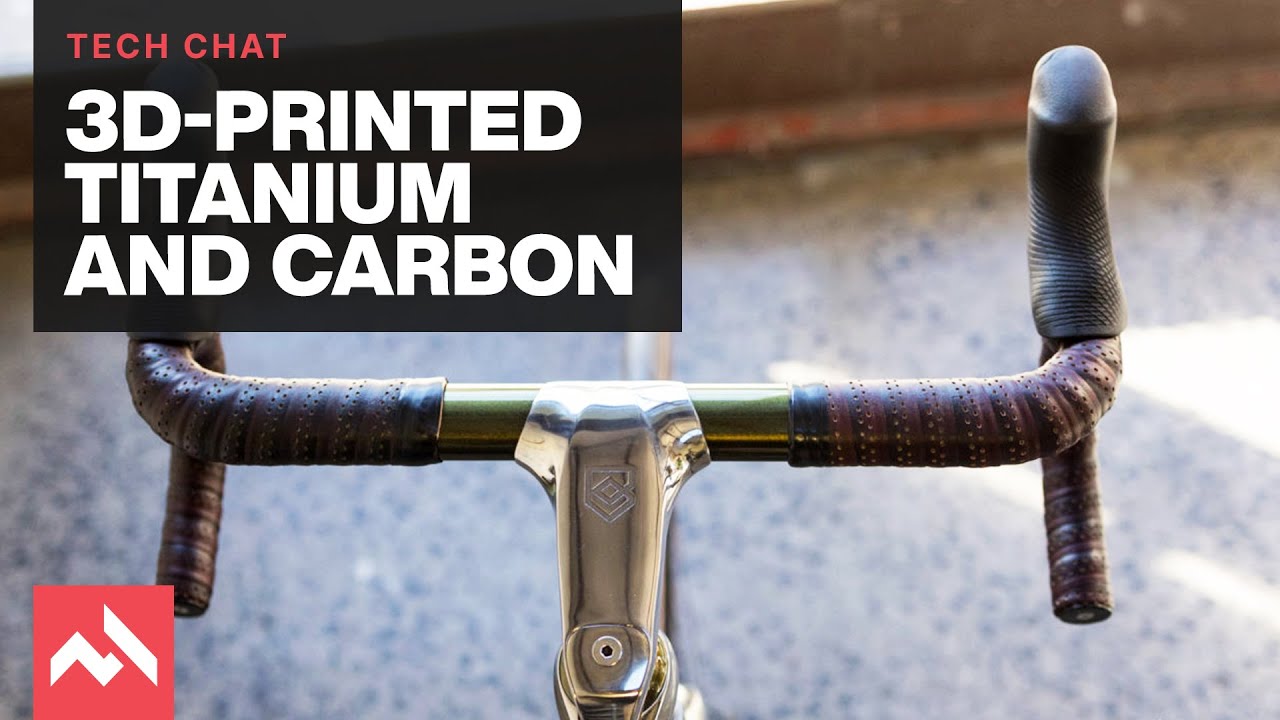 During a factory tour (more on that soon) the day before the Handmade Bicycle Show Australia, CyclingTips sat down with Bastion co-founder and lead engineer James Woolcock to learn about this new product segment for the Melbourne-based boutique manufacturer.

Why make a fork and cockpit?

Bastion has been making frames with 3D-printed titanium lugs and carbon tubes since 2015, and until now had relied on the likes of Enve and THM for supply of forks and cockpits. Bastion intends to keep offering its bikes with those off-the-shelf products for customers who want exposed cabling or have a specific bar/stem they love, but there was also room for improvement – by creating a front end that employs the same customisable and lattice-structured titanium lug concept as its bespoke framesets.

“From a functionality point of view we had a lot of customers asking about integrated cables. [This has] got completely hidden integrated cables,” said Woolcock of the new fork, bar, and stem combination that’s compatible with the company’s existing disc road bikes. “We get the benefit of doing custom geometry and not being beholden to purchase in a fork that then limits us in fork rake selection. By doing our own fork in-house, we can specify exactly what fork rake we want.”

Adding to that, Bastion has made some significant investments in its ability to manufacture in-house and control the process. They have not one, but two 3D titanium printers, and new facilities to produce carbon components themselves that goes beyond the previous filament-wound products, too. “Literally titanium powder and raw carbon fibre come in the front door, and the fork and cockpit go out,” Woolcock said. With such an investment it just makes sense that Bastion would grow its product offering and complete the unique look of its frames.

The fork and cockpit was a project Bastion started two years ago, but some forced time away from manufacturing (almost 100 days) during last year’s extensive coronavirus lockdowns in Melbourne gave the team plenty of time to focus on the development. Test equipment was built and the idea soon came to reality.

There’s a reason why so few makers offer their own forks and that’s because bad things happen when things go wrong. “It’s not something we take lightly,” Woolcock said. “Making a bar, stem, and fork is no joke in terms of the requirements. We’ve done a lot of testing, and we’ve got people like Raoul Luescher of Luescher Teknik involved in the quality control (QC) process in the carbon fibre components of our fork. He’s been involved throughout the research and development process. Raoul’s been scanning parts as we go, and will continue scanning as part of our production QC.”

A look at the fork tech

Bastion’s new fork is made up of a number of pieces. The steerer tube and fork blades are carbon fibre, while the 3D-printed titanium crown and dropouts tie it all together. The fork offers a remarkably asymmetrical design with the stiffness and ride quality benchmarked off an Enve fork. And it’s worth noting that the carbon lay-up and intended ride quality won’t change from one customer order to the next; the only piece that changes is the crown that allows for a customised fork rake of anywhere between 40 and 55 mm.

This new fork and bar setup follows a similar concept to a number of other integrated and hidden-cable systems. It’s disc-specific and will only work with electronic drivetrains (Bastion frames are electronic-only anyway). It offers room for a 32 mm tyre. It uses a D-shaped steerer tube that gives room for the brake hoses to run through the top headset bearing. And it is a little bit heavier. However there are unique and interesting differences here.

“A lot of other options on the market have gone to a bigger upper bearing which we feel has compromised the visual weight of the bike,” said Woolcock. Bastion’s system uses the same smaller 1 1/8″ upper bearing as used in its existing frames.

“We’ve had to go to a form of a D-shaped steerer tube to get the cables in, but the front face of our steerer is not completely flat and does have some curvature which gives more buckling stiffness. Then the major compromise is that at the stem interface there’s a risk of crushing the tube, and so for our system we have a bonded-in 3D-titanium-printed (compression) plug which means the steerer is completely supported across that clamped joint.”

Bonded-in compression plugs and steerer reinforcements are nothing new, but ease of consumer setup and fork trimming accessibility have seen removable plugs become the industry norm. “We can get away with this as a solution because of the bespoke nature of our bikes,” Woolcock said. “We know with every bike that goes out what the effective stack and handlebar reach needs to be, we can trim the steerer tube to the designed length and bond in a compression plug. We’ve left 10 mm of adjustability in the compression plug, so you can still trim it to some degree.”

There are further safety elements too. For example, the custom headset compression ring is designed to assist with steerer support, while that D-shaped steerer features a flare at the bottom that completely captures the steerer in the titanium crown for a mechanical fit in addition to the chemical bond.

I weighed a pre-production fork at 526 g with an uncut steerer. For comparison, an Enve Disc Road fork is 440 g. “This isn’t a product to push down to a safety factor of one [i.e. a fork should be able to withstand considerably more load than its intended use – ed.]. It’s in the 10s of grams heavier than an Enve fork, but that’s totally fine.”

The handlebar and stem went through an equal amount of design, testing and refinement, and it happened alongside a continuing project for creating cockpit components for the Australian national cycling team.

This handlebar and stem also employs a combination of carbon fibre and 3D-printed titanium pieces. “The crossbar is carbon,” Woolcock said. “It embodies our ethos that carbon is excellent at straight lines and simple shapes and that’s where we use it.” Meanwhile titanium is used for the entire stem and the whole curved portion of the handlebar drops. “The join is past the shift lever,” Woolcock added. “The shift lever is clamping over a titanium portion. Given some of the recent failures I feel quite good about that.”

The handlebar and stem are bonded as one piece and so lack any user adjustability, however Bastion has full control over the desired stem length and bar width. Stem can be printed in anything from 80-130 mm lengths, while the bar width is simply controlled by the length of the carbon crossbar prior to bonding. For now the drops are only being produced in a consistent compact shape, but there is scope to tailor this depending on market demand.

The use of 3D-printed titanium components wherever there is a bend has also given Bastion the opportunity to create specific cable paths that should assist with an easier setup and hopefully reduce the agony if a headset bearing ever needs replacing. “Nothing is going to replace the ease of external cables where you can see where they are, but we’ve done some things internally – we call them wormholes,” explained Woolcock of the intricate detailing you can’t see.

I wasn’t able to weigh the handlebar and stem, but Bastion claims a figure of 440 g.

Will we see it on other bikes?

For now, Bastion is only offering its new fork, handlebar, and stem on its own road bikes as it fulfils pre-existing orders. If you’re ordering a Bastion today then you can expect to pay a surcharge of AU$1,500 (approx US$1,150) for this integrated setup over the price of an Enve bar/stem/fork combo.

Of course, there’s scope to adapt this product to Bastion’s Crossroad gravel bike and use the technology in other component areas, too.

As for opening up the product to other builders, it’s a question I posed to Bastion. “It’s on the matrix,” Woolcock said. “Whether or not other builders will be interested in putting it on their bike remains to be seen. It is quite distinctly Bastion in its aesthetic. The limit will be our production capacity. We’ll fulfil existing orders and then see how the demand goes.”

More information can be found at bastioncycles.com.