The final podium at the Tour de Romandie.

The final podium at the Tour de Romandie.

The Giro d’Italia is now less than a week away … not that we’re counting or anything. The big favourites have done their last races and all the riders will soon be making their way to Turin for Saturday’s opening stage.

We’ll be previewing the race in detail in the coming days but before that, it’s time to look back at the action-packed weekend of bike racing that’s just concluded.

Read on for the latest from the world of cycling. Have a great week!

Geraint Thomas (Ineos-Grenadiers) secured the overall victory at the Tour de Romandie on Sunday, claiming the top spot on the GC leaderboard after a strong performance in the final time trial. Rémi Cavagna (Deceuninck-QuickStep) took the stage 5 victory.

Riders took on a 16.2 km course in Fribourg, Switzerland that featured an early cobbled climb. Stefan Bissegger (EF Education-Nippo) powered to an early provisional lead on the stage with a time of 22:00. Cavagna, however, was 17 seconds faster at the intermediate time check, and he rode well enough in the latter part of the course to set a final mark six seconds faster than Bissegger’s.

Thomas was the penultimate rider down the ramp and set off in the hope of unseating overnight leader Mike Woods (Israel Start-Up Nation), who had taken the GC lead after Thomas crashed in the finale of stage 4.

That crash did not seem to affect Thomas on Sunday, as he cruised through the course in a time of 22:11 to finish third on the stage behind Cavagna and Bissegger. Woods set a mark of 23:05, only good enough for 28th on the day, dropping down off the GC podium.

Thomas took the overall victory with a 28-second gap to his Ineos Grenadiers teammate Richie Porte, who claimed runner-up honors while Fausto Masnada (Deceuninck-QuickStep) rounded out the overall podium. The win was Thomas’ first since winning a little race called the Tour de France back in 2018. 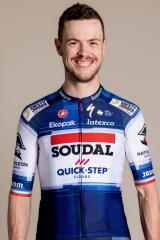 Emma Norsgaard (Movistar) won her second consecutive stage of the Festival Elsy Jacobs on Sunday and with it the general classification. Maria Confalonieri (Ceratizit-WNT) finished second after opening up the sprint in the closing meters. Sofia Bertizzolo (Liv Racing) finished third.

When a solo rider was caught with 37 km to go the peloton split and a group of 18 riders went clear. Attacks were relentless but some crafty work by yellow-jersey-wearer Norsgaard and her teammate Leah Thomas led the bunch to the finish for a sprint.

There Norsgaard was able to sprint to her second straight stage win at the Festival, claiming the general classification, the best young rider classification, and the points competition in the process. 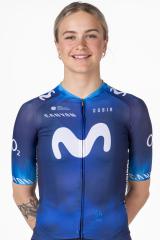 Nairo Quintana (Arkea Samsic) has ridden to his first stage race victory in more than a year at the Vuelta Asturias.

The 31-year-old Colombian took the GC lead by winning the opening stage of the three-day Spanish race. He then went on to defend that lead through the remaining stages courtesy of a further two strong finishes.

Quintana’s next race is likely to be the Criterium du Dauphine later this month, followed by the Tour de France in late June. 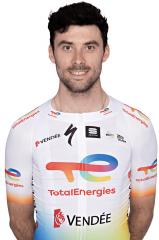 Jensen Plowright (BridgeLane) has taken out the 105th edition of Australia’s longest and oldest cycling classic, the Powercor Melbourne to Warrnambool.

“I am feeling on top of the world at the moment,” Plowright said. “I cannot believe I won that and Ben Hill [was] second. I came into this going good and wanting to win it but there are 200 dudes in the race and it’s 270 kilometres. What are the chances?”

British multi-discipline superstar Tom Pidcock (Ineos-Grenadiers) has wasted no time finding his groove as he transitions back to MTB ahead of the Olympics.

Just 10 days after finishing sixth at Flèche Wallonne, the 21-year-old took a commanding win at the one-day Swiss Bike Cup race in Leukerbad. Pidcock attacked on the second of seven laps and quickly build an unassailable lead. He went on to finish more than three minutes ahead of runner-up Titouan Carod (Absolute-Absalon-BMC).

Remco Evenepoel (Deceuninck-QuickStep) will start this year’s Giro d’Italia as one of the favourites, despite the fact he hasn’t raced in eight months andeven though it will be his first Grand Tour. But as the start of the Giro approaches, Evenepoel’s team is doing what it can to reduce the hype surrounding its 21-year-old super-talent, with sports director Klaas Lodewyck telling VeloNews that just finishing the Giro is Evenepoel’s main goal.

“It will be very stupid to ask him to immediately be the leader of the team and screw him already in the first week,” Lodewyck said. “He just has to learn, it’s going to be his first Grand Tour. We just want to keep him quiet and see day by day how he feels.”

Joao Almedia will ostensibly lead the team’s GC tilt, but depending on how Evenepoel goes, he could seemingly step into that role too.

“He’s going to have a free role,” Lodewyck said of Evenepoel. “If we see after maybe 10 days that he’s growing into the race, and if he’s strong like we saw last year with Ineos and Tao Geoghegan Hart, he definitely could have that role as well. So we just have to keep him quiet and easy and see day by day.”

Speaking of Deceuninck-QuickStep, another one of its stars, Kasper Asgreen, has just inked a contract extension with the Belgian squad.

Asgreen, who won both the E3 Saxo Bank Classic and the Tour of Flanders this spring, has signed on with the team through to the end of 2024.

“Staying here was a no-brainer for me,” Asgreen said via a team press release. “Deceuninck-QuickStep is the most successful team in the world, and ever since I was an amateur, I dreamed of joining them, as I loved how they always developed young riders into winners. Three years on, I still believe it’s the best environment for me and signing an extension so early into the season makes me happy and motivates me even more to perform.”