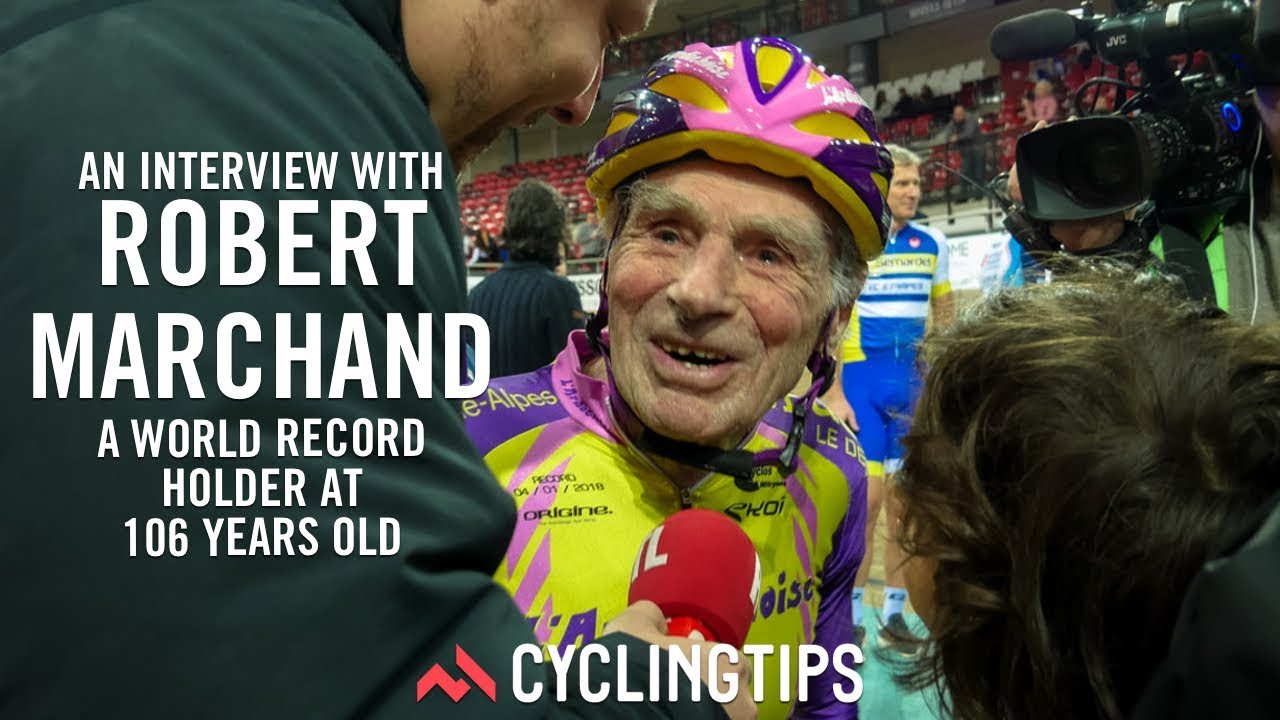 Robert Marchand, who holds the hour record in both the over-100 and over-105 categories, has died. He was 109.

The diminutive Frenchman, who stood 1.52 m (5 feet) tall, was told as a youngster that his small size would prevent him from finding success in cycling. He hung up his wheels for much of his working life but found the bike again at the age of 68. In 1992, he rode from Paris to Moscow, and he later set the record for the fastest 100 km ride over 100 years of age.

In an interview with the AP following that exploit, Marchand’s longtime coach and friend Gerard Mistler described Marchand as a man who never pushed his limits and who rode his home trainer every day to stay fit, riding outdoors when the weather was good enough. He rarely watched TV, except for the Tour de France.

He was born in 1911 in Amiens and travelled extensively as a young man, working as a truck driver in Venezuela and as a lumberjack in Canada.

“Robert Marchand, the doyen of cyclists, aroused our deepest admiration for his sporting exploits and the contagious joie de vivre that he radiated,” said European Commission vice-president Margaritis Schinas, in a tribute to Marchand. “A legend, an example for European sport.”