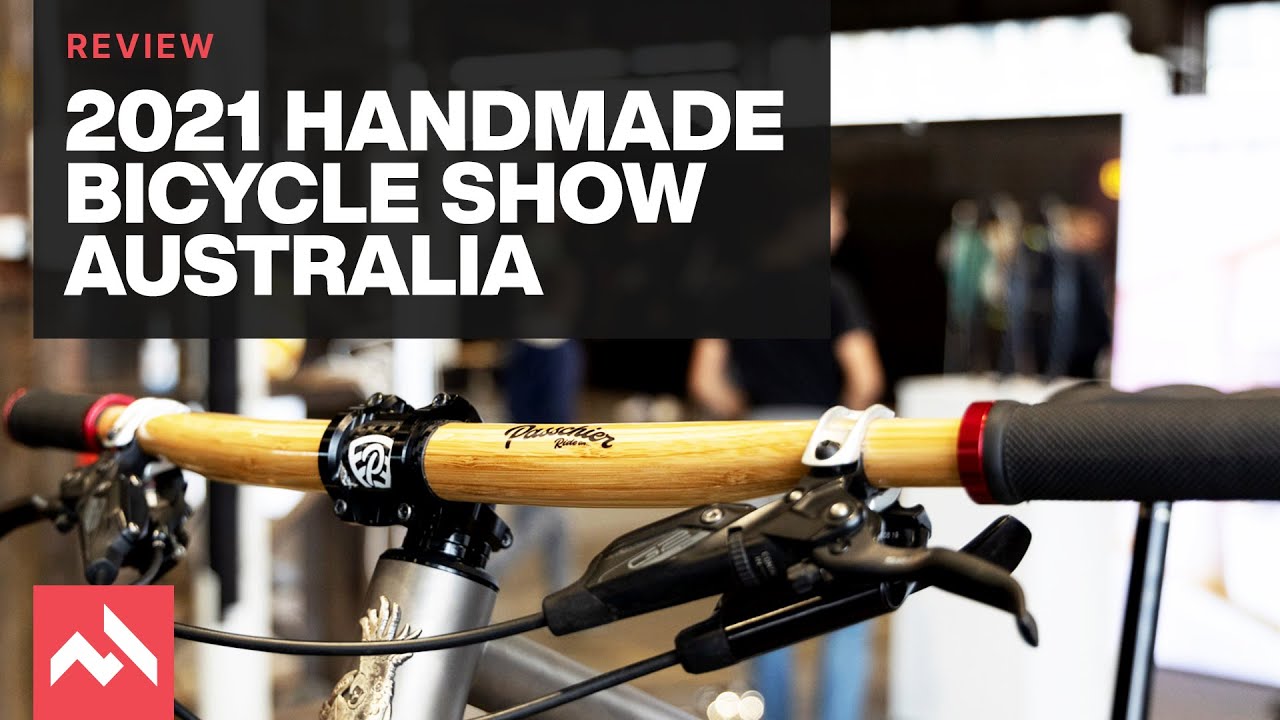 The Handmade Bicycle Show Australia isn’t just a place for the country’s small builders to gather. The show has grown to become a showcase for a number of local component and accessory suppliers.

Amongst the likes of SRAM, Enve, Rapha, Schwalbe, DT Swiss, Syntace, Ale, Ortlieb, Abbey Bike Tools and many more, sat a handful of locally made and designed offerings.

For the video above we gave the microphone to a number of lesser-known local makers and designers and had them explain their products. Below is a brief introduction to the six brands covered.

Project Flock is a new start-up that has already collected a number of prestigious design awards in its journey to make cyclists safer.

Still in the prototype phase, the first product is a rear light that aims to illuminate the rider rather than the road. The overall idea is that motorists will recognise and process human movement faster than what conventional lights offer.

The light is expected to sell for AU$119. The Melbourne-based company is hoping to grow its list of interested customers before launching on Kickstarter.

Partington made its debut at the 2019 edition of the show and has since finished testing its money-no-object disc-specific carbon fibre wheels and cranked into production.

The Geelong-based carbon wheel manufacturer produces most of its components in-house, including the foam-core carbon rims and boomerang-like carbon spokes that wrap around the hub shell to then rejoin the rim at a second point.

Currently the company has just one product, the R39/R44 tubeless-ready and disc brake wheelset with an actual weight of 1,200 grams. That weight is only more impressive when you consider the rim depths and claimed wheel stiffness properties.

Expect a small factory tour (at least of what they were willing to tell me about) in the near future.

Evan Howard of Terra Rosa Gear has a rather infectious personality. Just a few minutes of talking to the Melbourne-based tarp and bag maker and you’ll surely want to go exploring somewhere unknown.

While fresh fabrics are used in many of the production products, a number of Howard’s custom creations use up-cycled materials from once-loved items such as sails, parachutes, tents, and rain jackets. For example, the saddlebag shown above was pieced together from off-cuts from the workshop floor.

Based in New Zealand, Passchier made the jump across the pond to show off its range of handlebars made from bamboo laminate – a material selected for its flex and damping properties.

The composite bars are all about reducing hand fatigue and improving ride comfort for cross country mountain biking, touring, bikepacking, and commuter use. Plus, they look great.

There are three different versions of the bar available with unique sweeps suited to various applications. Each bar features reinforcement at the stem clamp area. Sadly the material isn’t conducive to making a drop handlebar.

As a passionate cyclist, Olasau applied his skills to create the GH Bike Rack, a modern and minimalist bike holder that borders on art. It also happens to be simple to install and remove if needed.

Each rack is handmade to order and can be built in various woods (or even brass). Just be warned, the labour-intensive design doesn’t come cheap (roughly AU$700).

Craftworx has a different perspective to many and sees wheels as part of the bike’s suspension system. For this, they try to match the rim and spokes to the rider’s intended use and weight in order to gain some vertical compliance.

The company offers a wide range of its own branded aluminium and carbon wheels. The Ultima Carbon SL50 Disc is shown above, a 1,501 g (claimed) 50 mm depth aero wheelset that retails for AU$2,539.