Alexey Lutsenko en route to victory on stage 4 of the Critérium du Dauphiné.

Alexey Lutsenko took his first victory of 2021 on Wednesday, winning the stage 4 individual time trial at the Critérium du Dauphiné. 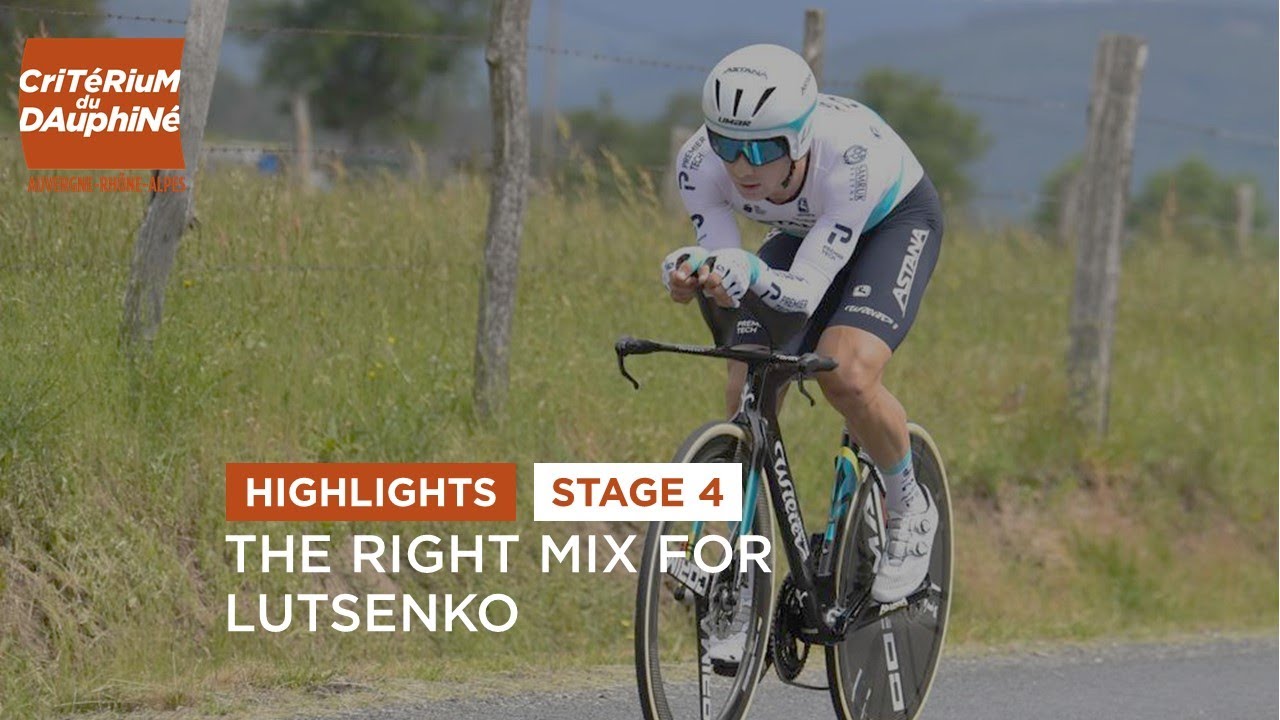 The 16.4 km test from Firminy to Roche-La-Molière saw a few lead changes before Jonas Vingegaard (Jumbo-Visma) set a strong mark of 21:53 that would put him in the hot seat for about an hour. Richie Porte (Ineos Grenadiers) would go two seconds faster to take over the provisional lead, but only briefly as Ion Izagirre (Astana-Premier Tech) would overtake him with a time of 21:44.

Izagirre’s teammate Lutsenko, however, was more than halfway through an impressive ride by that point. Lutsenko had set the third fastest time at the intermediate checkpoint and stepped it up for the second part of the course. A few minutes later, he arrived on a time of 21:36, besting Izagirre by eight seconds.

Geraint Thomas (Ineos Grenadiers) set the fastest time through the checkpoint but lost ground in the second part of the course and would arrive 23 seconds down on Lutsenko. Kasper Asgreen (Deceuninck-QuickStep) was the last rider to mount a challenge for the stage win, but he would settle for third behind Lutsenko and Izagirre after arriving nine seconds down.

Overnight leader Lukas Pöstlberger (Bora-Hansgrohe) was the final rider on the course, and he put in an impressive performance to finish only 23 seconds slower than Lutsenko, good enough to finish ninth on the day and retain his lead by a single second, with Lutsenko moving into second overall. 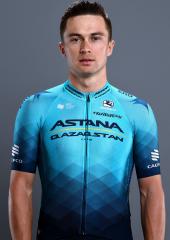 Alexey Lutsenko en route to victory on stage 4 of the Critérium du Dauphiné.