Marta Bastianelli (Alé BTC Ljubljana) won the second and final stage of the Tour de Suisse Women from a breakaway of nine that stayed away to the line. Tereza Neumanová (Burgos Alimenta Women Cycling Sport) and Hannah Barnes (Canyon-SRAM) took second and third on the stage, respectively.

With only four seconds between stage 1 winner Elise Chabbey (Canyon-SRAM) and Lizzie Deignan (Trek-Segafredo) before the start of stage 2 the race for the general classification was tight. Deignan was able to take the intermediate sprint and with it, five seconds, putting her above Chabbey in the virtual GC before the stage had even ended.

The stage itself was aggressive. Since Trek-Segafredo was hunting the seconds Deignan needed at the intermediate sprint, the winning breakaway did not slip away until the final 20 km of the race and was very close to getting caught by the chasing peloton. Chabbey did not hand her yellow jersey over willingly and tried to slip off the front of the peloton multiple times in the final lap of the race.

In the end, the five seconds was all Deignan needed to take overall victory at the inaugural Tour de Suisse Women.

“You know about the men’s Tour de Suisse, how much of an iconic race it is. Now we finally have a women’s race, so it is pretty special to be the first winner of it,” Deignan said after the podium ceremony. “You saw it was an exciting race, I think they should make it a bit longer next year. I would love to come back to defend this title.” 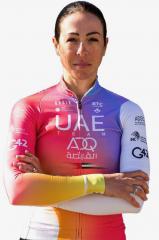