Julian Alaphilippe takes an emphatic victory on a crash-marred stage 1 of the Tour de France. 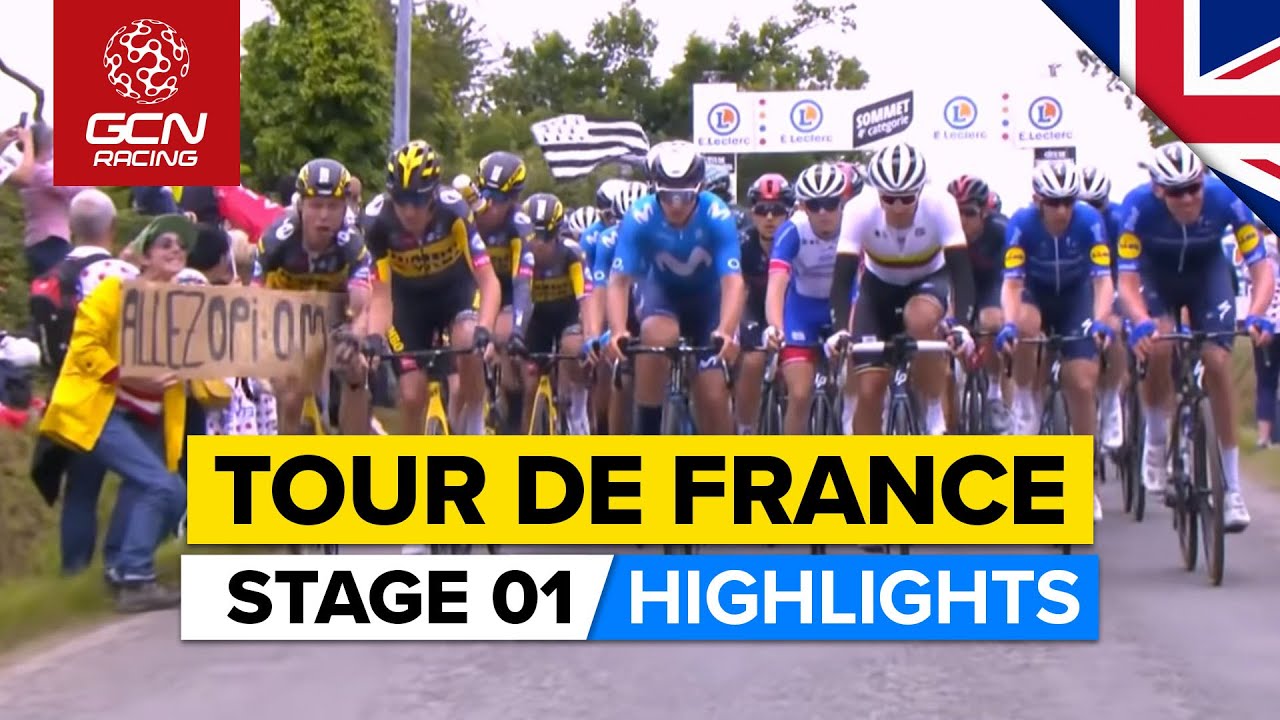 Julian Alaphilippe (Deceuninck-Quickstep) attacked early on the finishing climb to take a fantastic win on the crash-marred first stage of the 2021 Tour de France.

The fight for the first breakaway of the 2021 Tour de France was more punch-up than battle, lasting barely 20 km before six riders escaped the peloton. After falling short on the earlier third-category Côte de Locronan, Ide Schelling (Bora-Hansgrohe) caught his breakaway companions off-guard with an attack around 80 km from the finish. He not only took the next KOM points uncontested, but cracked on and quickly found himself a sizeable gap of up to around 2:45.

The last hour of the stage was characterised by two horrific crashes that affected most of the peloton. The first was caused by an oblivious fan more interested in getting on TV than watching the race, and the second came deep into the last 10 km, bringing the stage to a premature end for much of the peloton.

On the final climb, aptly named the Côte de la Fosse aux Loups (‘wolf pit’), Julian Alaphilippe made the first move more than 2 km from the finish line and held on to take the stage win and the first yellow jersey. Michael Matthews (BikeExchange) won the sprint for second and Primož Roglič (Jumbo-Visma) grabbed some precious bonus seconds with third.