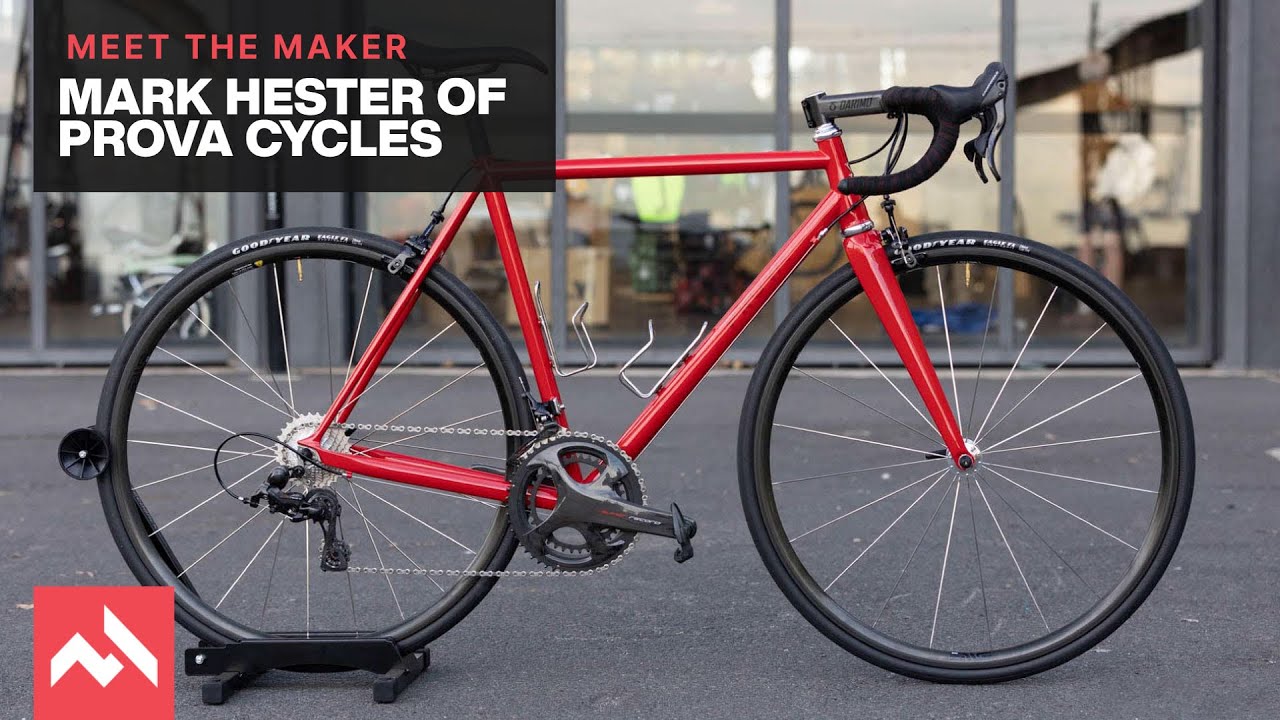 The Melbourne-based maker talks through a special Razzo road bike made in the memory of a life gone too soon.

A few years ago, Mark Hester of Prova Cycles made a big splash in the custom bike scene. The Melbourne-based maker was one of the standouts at the first Handmade Bicycle Show Australia, and then a few weeks later walked away with the best-in-show award in his debut at the Bristol Bike Show. He hasn’t slowed since.

Hester’s since quickly progressed from fillet-brazed steel bikes to TIG-welded titanium. Many of his creations include custom 3D-printed titanium pieces and some even showcase his engineering expertise in composites.

In the above video, Hester talks about the most traditional bike he makes, a steel rim brake road bike named the Razzo. Made in memory of the late Damion Drapac, this particular bike has a special story behind it.

You can see photos of this bike in the second gallery from the recent 2021 Handmade Bicycle Show Australia. Hester was also a recent guest on the CyclingTips Nerd Alert podcast where we discussed the progression of gravel bike geometry, mountain bike design, the handling effect of handlebar width, and more.