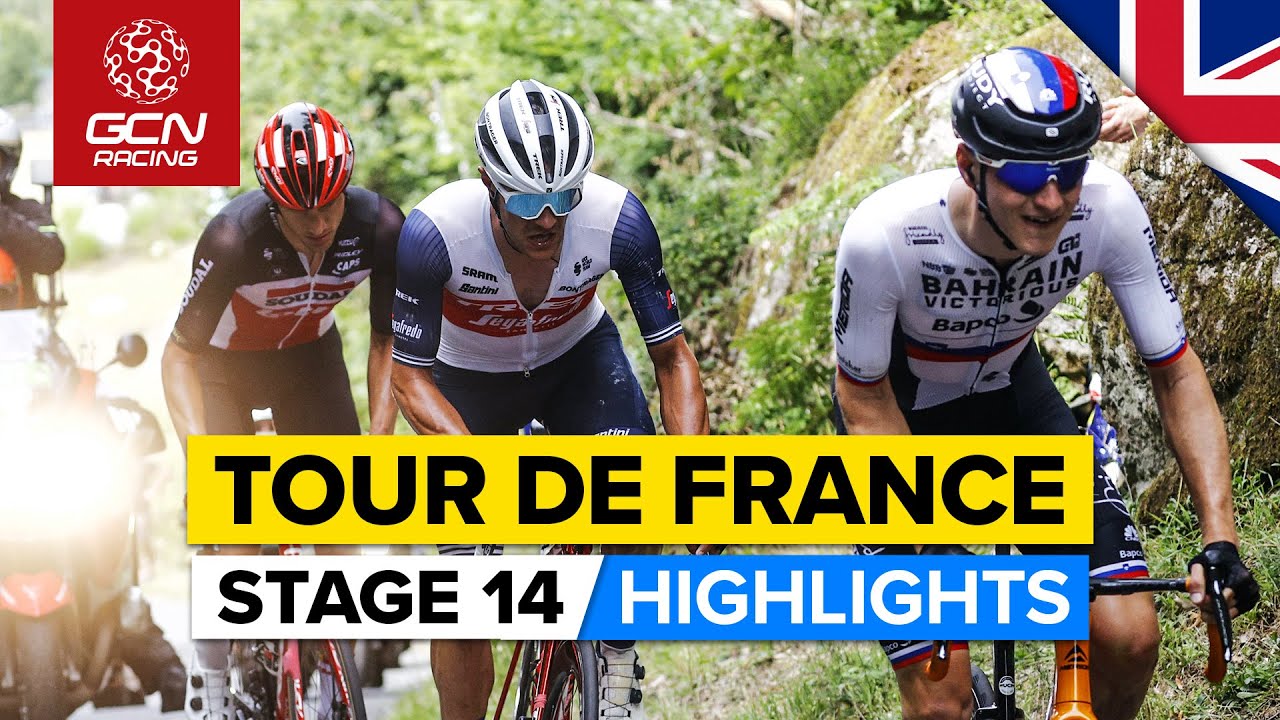 Trek-Segafredo’s Bauke Mollema soloed to victory on stage 14 of the Tour de France after attacking the breakaway over 40 km from the finish.

On an exhausting, climb-heavy stage in the foothills of the Pyrenees, the peloton had to endure almost 100 km of fierce attacking before the day’s 14-man breakaway was established. With UAE Team Emirates in control of the peloton, Wout Poels (Bahrain-Victorious) was once again on the hunt for mountain points out front, but Michael Woods (Israel Start-Up Nation) came out on top of that competition, despite a nervous chase back to the front after crashing on the penultimate descent.

The breakaway was still all together on the descent of the Côte de Galinagues when Mollema attacked off the front with about 42 km to go. Within 10 km he’d ground out a minute’s advantage and he maintained that margin to the finish, taking his second Tour de France stage victory four years after the first. Patrick Konrad (Bora-Hansgrohe) beat Sergio Higuita (EF Education-Nippo) in a close-fought sprint for second 1:04 later.

In the general classification, only Guillaume Martin (Cofidis) made any gains, climbing from ninth to second by dint of his day in the breakaway. The rest of the GC top 10 was led home peacefully by the team of race leader Tadej Pogačar.