Two more years for the Dutchman as he continues to recover from his horror crash. 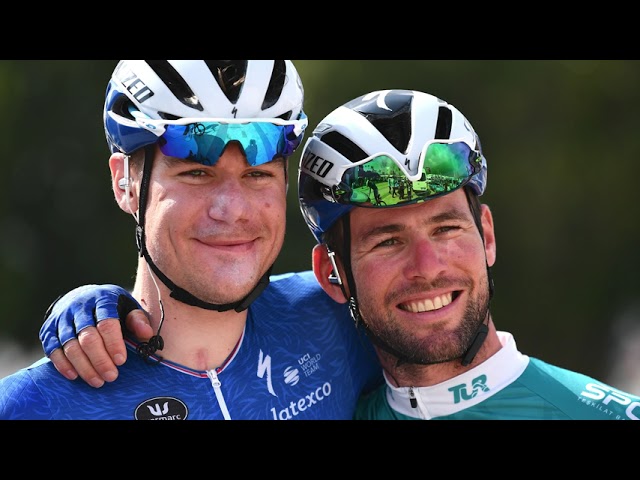 Dutch sprinter Fabio Jakobsen has inked a new deal with Deceuninck-QuickStep and will continue on with the team for the next two seasons.

The 24-year-old has been with the Belgian squad since he turned pro back in 2018. His new contract will see him race with Deceuninck-QuickStep through to the end of 2023.

“I’m so satisfied to continue with the Wolfpack,” Jakobsen said. “I’d like to thank Patrick [Lefevere, CEO], the staff, and all the sponsors for their fantastic support. I’m looking forward to the upcoming two years, to get back to winning races with my teammates, step by step.”

Jakobsen is still on the comeback trail after a horror crash at the 2020 Tour of Poland last August left him fighting for his life. Jakobsen has since had multiple rounds of facial and dental surgery to repair the damage from the crash.

Jakobsen made his return to racing at the 2021 Tour of Turkey in April where he was part of a Deceuninck-QuickStep team that helped Mark Cavendish to four stage wins. Jakobsen has since raced the Volta ao Algarve, Critérium du Dauphine, and the Dutch Road Nationals as he continues to return to a competitive level.

“To see where Fabio comes from, it’s just a miracle,” Lefevere said. “Step by step he’s making progress and we’re super happy to have him with us for two more years.

“Fabio has a lot of talent, has skills and ambition, and we’ll continue to work towards the next races together. He’s been through a lot, but he always had the team behind him and that will never change. In the past he beat some of the fastest sprinters in the world in some of the biggest races, and we are confident that one day he’ll be able to raise his hands again.”

Jakobsen currenly has 18 professional victories on his palmares, including two editions of Scheldeprijs, two stages of the Vuelta a España, and stages at the Tour of Poland and BinckBank Tour.

He is currently at an altitude training camp in Livigno, Italy where he’s preparing for his upcoming races. He’s expected to line up for the Tour de Wallonie later this month and then his next major goal, the Vuelta a España in mid August.