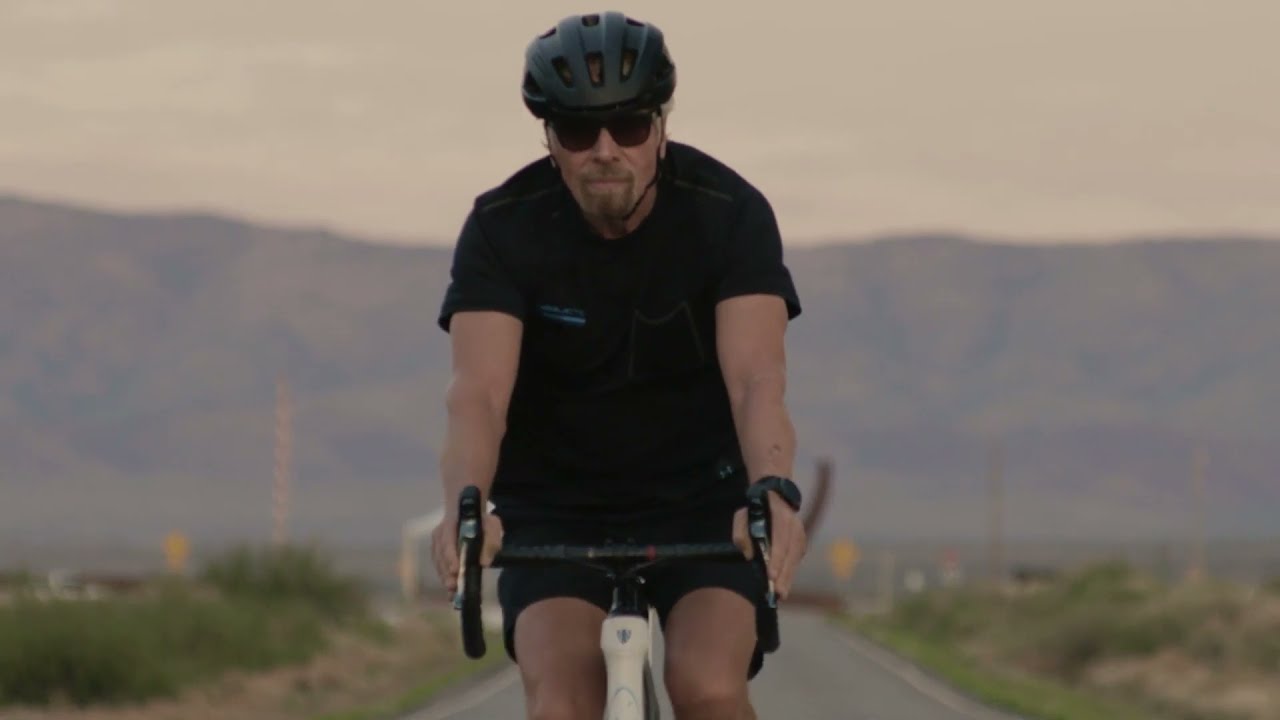 A closer look at the custom Trek Domane that Richard Branson pretended to ride to the launch of his spacecraft.

photography by Virgin Galactic and Trek

The new Space Race – between billionaires, not Cold War-era superpowers – reached a milestone on Sunday. Richard Branson, the founder of the Virgin Group, took off from New Mexico’s Spaceport America as a passenger in his Virgin Galactic Unity VS22 spacecraft. The craft and its crew soared to the limits of space, to a height of 86 km above Earth, and then glided back down having experienced a brief but tantalising few moments of weightlessness.

Was it into space? Nah, not really. That marker is commonly defined as the Kármán Line – 100 km above Earth – but Branson’s flight was a shot across the bows of the other obscenely wealthy men who are done plundering Earth and now want to conquer space.

Among the other participants in this particular dick-measuring competition are:

We are not SpaceTips.com, so you may be wondering why I’m writing this. A wonderful question that I’ll gladly field, and thank you.

The reason why is this: Richard Branson rode his bike to the launch (allegedly), and then was found out for not actually riding his bike to the launch at all. That in turn escalated into a minor media fracas about the integrity of Virgin Galactic for making the representation, with Trek Bicycles looped into the controversy as providers of the bike that was used in the stunt.

Exhibit A: The video

The offending video, linked up top, shows the 70-year-old Branson riding through the wilds of New Mexico, toward the rounded form of Spaceport America, near the very funnily named town of Truth or Consequences. The hills around him have that gorgeous blue-ish haze that comes with the dawning of a new day or, say, the combustion of thousands of gallons of fuel to send a billionaire’s trinket skyward.

Branson pedals a lazy cadence down the centre of a desolate road, flanked by a pair of white Land Rovers; a scene composition that has its echoes in the finest work of Gurbanguly Berdimuhamedov.

Branson arrives at the spaceport. A tall handsome man in a space tracksuit grabs Branson’s bike by the stem as he dismounts and is bestowed with a wet helmet.

Branson then gleefully strides towards his space-flight companions, giving them a big group hug, as one says “let’s go to space” and another says “you’re late, get suited up”.

After the flight, Branson apparently triumphantly told onlookers that “It’s so awesome to arrive on a bicycle, across this beautiful New Mexico countryside.”

It’s a rousing intersection of ‘cycling’ and ‘rich men getting blasted into space’. But there was a problem.

A Virgin Galactic spokesperson conceded under questioning from Reuters (goodness knows why they were asking) that they’d faked the ride – it had taken place the Monday before launch, and Branson had not ridden his bike at all on the Sunday.

“The footage of Sir Richard Branson shown during the event Sunday was prerecorded and misidentified in the broadcast,” the spokesperson conceded. “We regret the error and any confusion it may have caused.”

Exhibit B: The bike

Mainstream media has speculated about the implications of this creative skullduggery on Virgin’s “cross-promotional deal” with Trek, who supplied a custom Domane road bike for the launch. Those media outlets were unable to secure a statement from the Wisconsin-based bike brand.

Happily, CyclingTips was. A representative of Trek explained that “Sir Richard Branson is a passionate cyclist and we’re proud that he is a fan of our bikes. We were excited to learn that Sir Richard often cycles to Spaceport, and were happy to provide a bike for his use last week.”

Trek failed to respond to specific questions about the genesis of the relationship between Virgin Galactic and Trek; whether Branson had any personal involvement in the model choice or aesthetic of the bike ridden; the specifics of the ‘cross-promotional’ partnership; and whether they felt personally misled by the kerfuffle of whether Richard Branson did or didn’t ride a bike on the Sunday or the Monday.

Fair enough. I felt like a chaotic shit-stirrer just asking them.

Trek did, however, send some pictures of the bike that Richard Branson didn’t ride to launch.

You’re probably here because you like bikes, so here, have some pictures of a billionaire’s bike: the very bike that was briefly at the centre of global discourse about Truth or Consequences, and truth and consequences.