Wout van Aert (Jumbo-Visma) on his way to victory in the stage 20 time trial at the Tour de France.

Wout van Aert put in a blistering time trial performance to take his second stage win of the Tour as the GC top 10 is finalised. 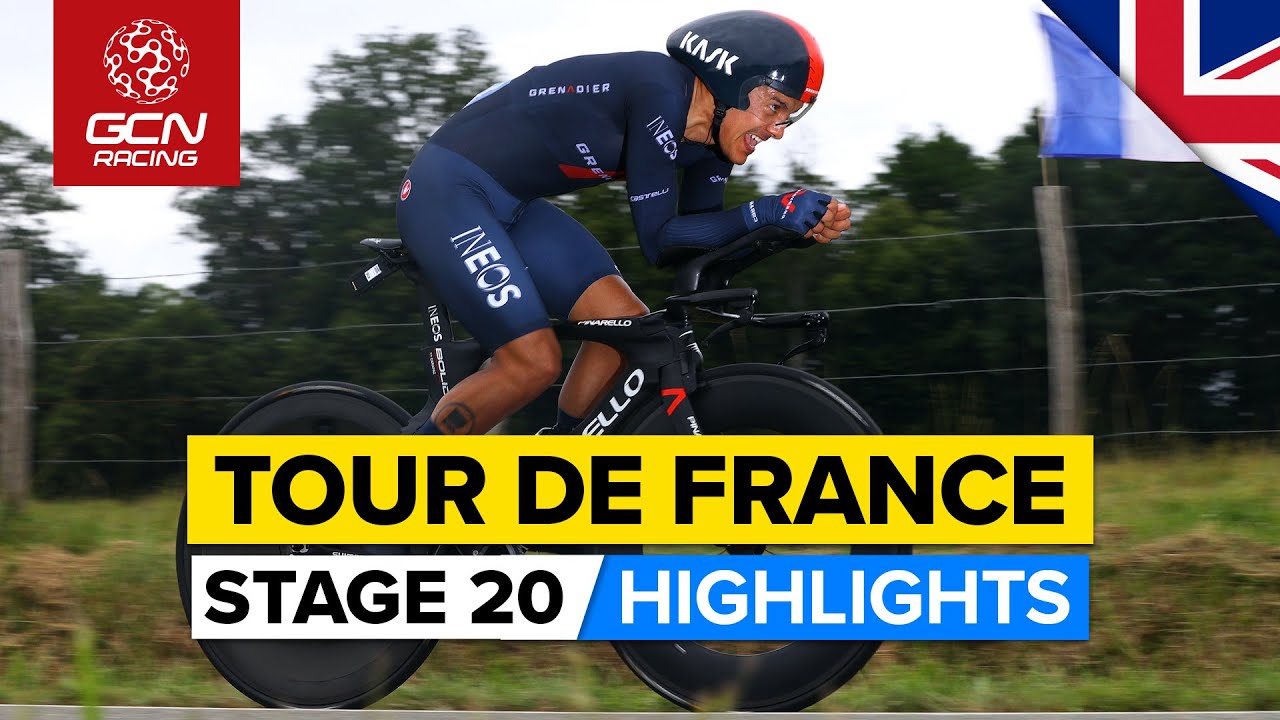 Wout van Aert (Jumbo-Visma) took victory on stage 20 of the Tour de France with a lightning fast time trial through wine country, doubling up after his stage 11 win.

The 30.8 km ITT took the riders from Libourne to Saint-Émilion on a mostly flat route, albeit with a few tricky corners. Stefan Bissegger (EF Education-Nippo) set a benchmark early in the afternoon, but he was soon pushed from the hot seat by Kasper Asgreen (Deceuninck-QuickStep) who went 23 seconds faster. European champion Stefan Küng (Groupama-FDJ) flew through the first time check 10 seconds faster than the Dane, but he shipped 27 seconds between there and the finish, and ultimately landed in fourth place.

While one pre-stage favourite’s pacing worked against him, it all went right for Van Aert. Fastest by three seconds at the first time check and almost 25 seconds to the good through the second, he roared across the finish line with a time of 35:53, clocking a blistering 51.5 km/h over 30.8 km. Asgreen’s ride was good enough for second, and Jonas Vingegaard made it two Jumbo-Visma riders, and two Danes, on the podium with a fantastic third on the stage.

In the GC race, Tadej Pogačar (UAE Team Emirates) confirmed his domination of the Tour with eighth, and though there were a few time gap changes, the top 10 is unchanged before the final stage of the Tour de France. 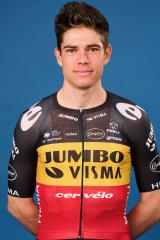 Wout van Aert (Jumbo-Visma) on his way to victory in the stage 20 time trial at the Tour de France.