Clément Champoussin (AG2R-Citroën) robs the GC favourites of victory on stage 20 of the Vuelta a España.

An unforgettable stage 20 ended in victory for Clément Champoussin

Breakaway rider Clément Champoussin (AG2R-Citroën) won the last road stage of the Vuelta even after the breakaway had been caught. 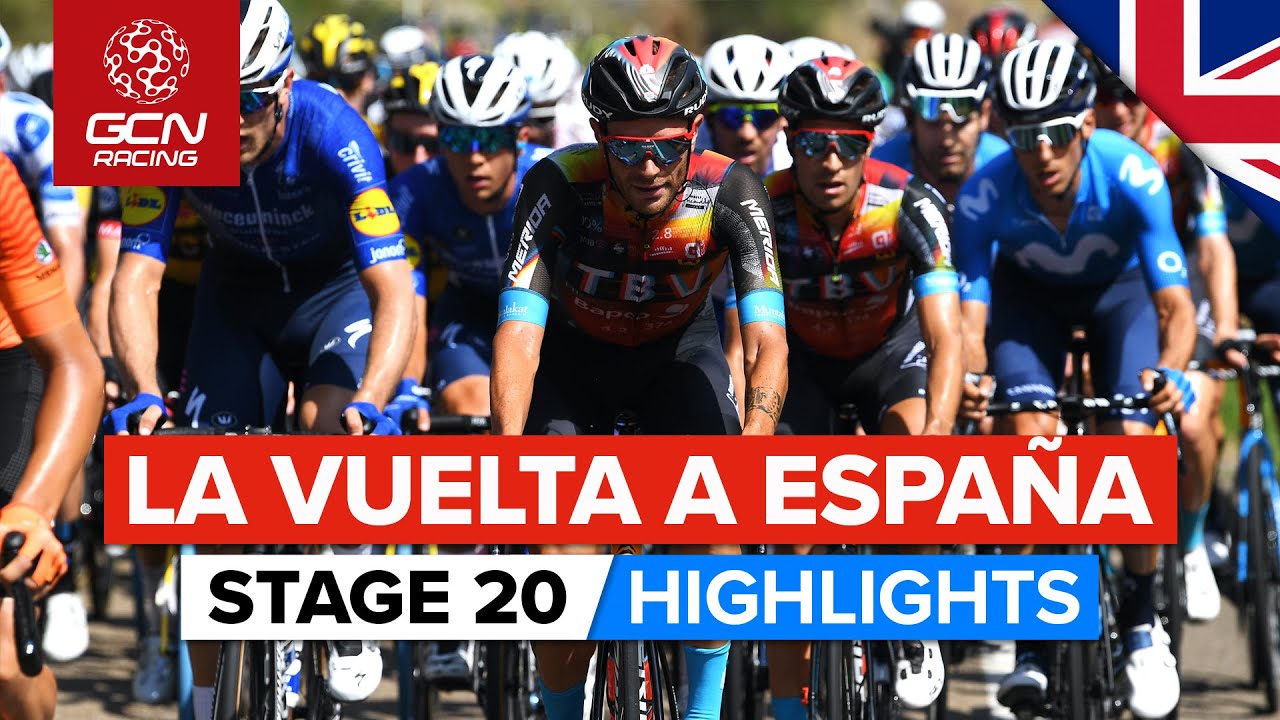 Clément Champoussin (AG2R-Citroën) took glory on an unforgettable last road stage of the Vuelta a España that was lit up by the breakaway and GC favourites alike.

Despite an absence of high mountains, the 202.2 km stage 20 route from Sanxenxo to Mos Castro de Herville included almost as many vertical metres as the mountain stages earlier in the week. It was lumpy from beginning to end, but the five categorised climbs were cruelly massed in the latter half of the stage, all leading up to the finale on the 9.7 km (4.9%) Cat 2 climb to the finish line.

A 16-rider breakaway got away early in the day and with Jumbo-Visma leading the peloton, the gap stretched to almost 12 minutes by the halfway point. It looked good for the men up the road until Ineos Grenadiers took over at the front, Tom Pidcock halving the gap almost single-handedly in less than 30 km.

With the peloton bearing down, Matteo Trentin (UAE Team Emirates) launched the first attack from the breakaway outside 70 km to go. He was soon joined by the stronger climbers in the group as they took on the last first-category climb of the Vuelta, including teammate Ryan Gibbons, Champoussin and Michael Storer (DSM) who would confirm his ownership of the KOM jersey by the end of the day.

Five minutes behind and with over 60 km left to close the gap, Ineos Grenadiers seemed to be running out of riders. However, almost as soon as their last remaining domestique Pavel Sivakov dropped away, Adam Yates put the hammer down and promptly split the peloton. This marked the start of three furious kilometres, Yates and white jersey-wearer Egan Bernal poking holes in the red jersey group. Ultimately Bahrain-Victorious benefited most, both Jack Haig and Gino Mäder following the decisive Yates attack, along with Enric Mas (Movistar) and Primož Roglič (Jumbo-Visma).

Up front, Gibbons had attacked on a fast downhill section, and by the penultimate climb he had 1:30 over the nine chasers. Now inside the last 30 km, the efforts of Bahrain-Victorious in the red jersey group had not only moved their leader Haig onto the (virtual) GC podium, but they’d also brought the lone leader’s advantage down to a little over two minutes.

The 4.9% average gradient of the final climb was deceptive to say the least, with ramps of over 15% making things difficult after more than 190 km of hard and fast racing. Gibbons still led by around 1:30 at the foot of the Alto Castro de Herville, with the last few breakaway riders caught by the swollen red jersey group that was still led by Bahrain-Victorious.

It was breakaway survivor Mikel Bizkarra (Euskaltel-Euskadi) who attacked first, creating a launchpad for Yates, who took Roglič, Mas and Haig with him. Bizkarra reappeared and was allowed to dream for a moment or two as the quartet stalled, but they’d chased him down for a second and then third time after catching Gibbons at 3 km to go.

But then Champoussin, who’d spent all day in the breakaway, came from nowhere to fly past the four GC riders and grind up the remaining 1,700 metres to take a phenomenal victory. Roglič came over the line seconds later, and Yates had to settle for third and a move up to fourth overall. Haig confirmed his jump up to third on GC with fifth on the stage, Mäder taking over the white jersey as Bernal lost 6:55 after missing the earlier move. Meanwhile, stage 18 winner Miguel Ángel López (Movistar), who had started the day third overall abandoned the race about 20 km from the finish. Clément Champoussin (AG2R-Citroën) robs the GC favourites of victory on stage 20 of the Vuelta a España.