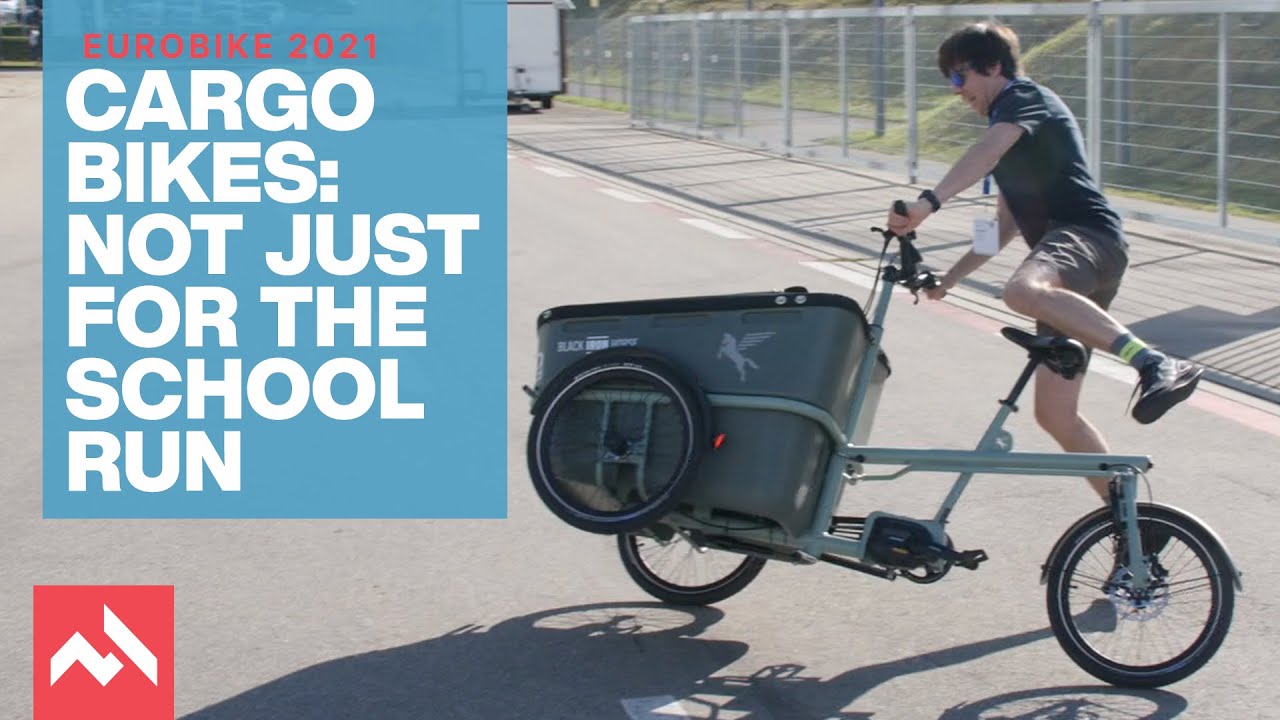 Eurobike: Cargo bikes – trust us, you’re going to buy one

Instead cargo bikes took the limelight at Eurobike, and we absolutely loved them. So, why the sudden explosion and when can we expect?

For us here at CyclingTips, Eurobike had been an annual pilgrimage until last year’s edition was called off. Year after year, we’d headed to Friedrichshafen, Germany, on the shores of Lake Constance, for the industry’s largest yearly bike show. For the three days, the show is usually open to the industry to dash around the vast exhibition centre and see the latest road and gravel gear for the upcoming year.

For an idea of how big the exhibition centre is: the place saw zeppelin airships built in the numerous hangars in a previous life. It’s huge. Very, very huge. And in a normal year, three days is far too short a time to take everything in, even with the ever-growing team that we’d send.

This year though, after a year out due to that dreaded COVID-19, the show was a far cry from what it once was. Not just in size but in what was on display as well. Road, gravel, and even mountain bikes were exceptionally thin on the ground; over half of the hangars were empty, and the ones that did have brands displaying their wears inside were only partially full. A bustling expo it wasn’t.

In the past five years or so, it’s slowly been a show that’s lost significant players in the industry. The likes of Trek, Specialized, Campagnolo, Canyon, Scott, and Sram have abandoned the show leaving it to the medium-sized and small businesses. And this year, there were even fewer, far fewer.

That wasn’t the only thing to have changed, though. In what has clearly been a transition year, the buzz of the show was everything e-motion. And especially e-cargo. Huge, huge numbers of brands that specialise in the e-mobility market made up what I’d guestimate was 80% of the bikes on show. The traditional form of cycling took a backseat for once.

Over the years, it’s slowly been heading in that direction. But all who attended this year agreed the take-over of the electric-assist bikes had galloped on in leaps and bounds. A year out for the show and a global pandemic sped up what was slowly developing; the thrust of cargo and e-mobility was everywhere.

It’s not something we usually cover too much here at CyclingTips. We’ve dipped our toe in on the odd occasion, reviewed a few e-road bikes and sung the praises of cargo bikes. But after seeing what was on show, it would be impossible to ignore what is clearly “The Boom” in the cycling industry.

After spending two days gawping at what could easily become my next n+1, I’m more excited than ever for what I can only hope is a change in how people see mobility vehicles, and I use the term vehicle rather than “bike” as some could easily replace vans, cars and even trucks.

So, please, delve into the video. Sure it’s not what we usually publish here at CT, but I promise you, you’ll be amazed at what some of the cargo companies are up to. From carrying your kids to school in style to helping delivery firms get rid of their gas-guzzling trucks and even carrying machinery into remote locations, all in the hope of making the world that little less fossil fuel-focused.

Roll on with the revolution.

Someone just backflipped a cargo bike and blew my mind

Someone just backflipped a cargo bike and blew my mind