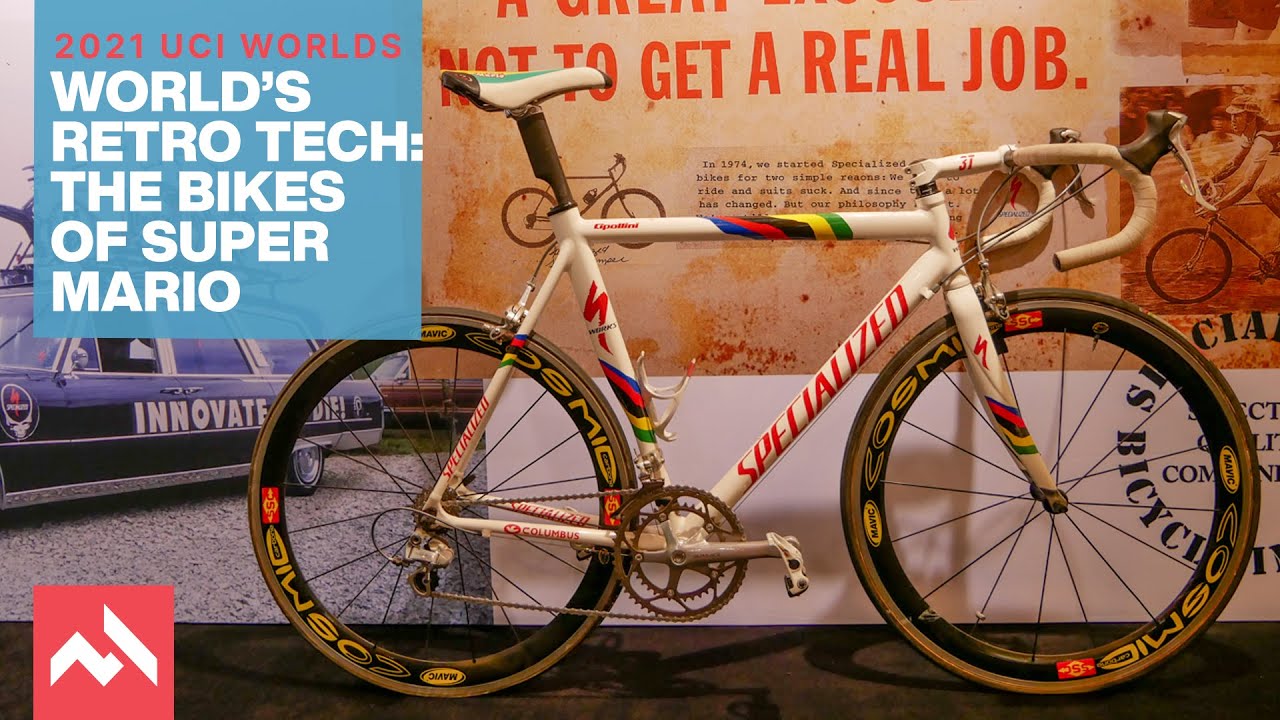 Nineteen years after Mario Cipollini was crowned world champion in Zolder, Belgium, we managed to get hold of not just his custom-painted world champion's bike but also the bike that took him to victory.

Hands up, who remembers the 2002 Worlds? If you’re Australian (especially a McEwen fan), it would be a heartbreaking day. If you’re a German four-time Milan-San Remo winner, it was a big old kick in the teeth. But if you were a fan of a certain flamboyant Italian, then the day was one big party on a course that could hardly have been any more suited to a rider of his talents.

In the Limburg region of Belgium, Zolder saw Mario Cipollini take the 2002 men’s world champion’s jersey home with him to Italy in not just a pure display of unadulterated grunt but also with a team that was behind one man and one goal.

We managed to get hold of not just one of his bikes from that year, but two. Firstly, the Specialized E5 Italian team edition bike he rode to victory, and secondly, the custom painted E5 that he used for the remainder of the season and into 2003.

If you’re a retro-tech geek or just like a bit of bling, this video should be right up your street.