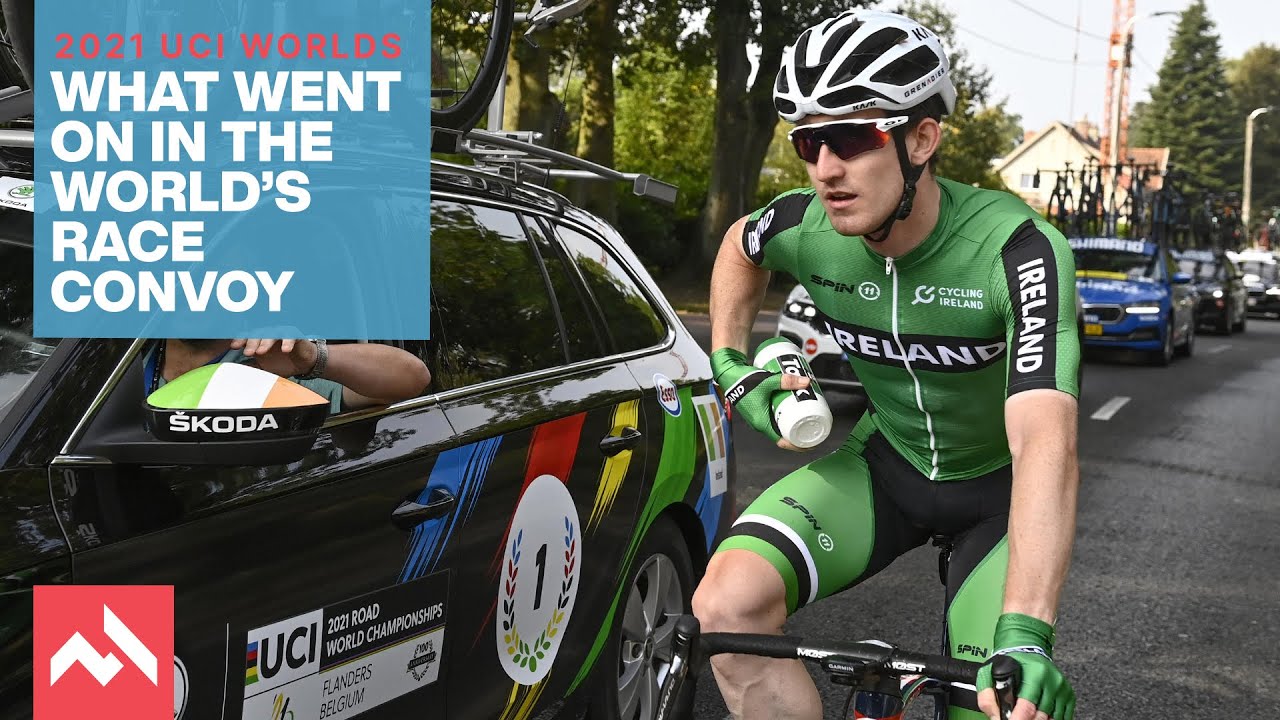 What's it like in the convoy at the World Championships? Well, we found out with the help of Team Ireland.

We all know what happened out front at this year’s Elite Men’s Road Race World Championships. Frenchman Julian Alaphilippe took his second title, in as many years and in just as spectacular fashion as he did twelve months prior. We all know his story, his race.

We also know the stories of all the big players – those who mixed things up in the latter stages of the race. The ones that took home medals or were within striking distance of the podium.

But there’s a lot of untold stories in the peloton – riders who turned up for what could be the biggest race of their career. Teams who didn’t get in the headlines the next day, but did turn up to try and see how they’d fare against the best in the world.

So on the hallowed Sunday of the elite men’s race, I met up with the Irish National team. A small team of three riders – Eddie Dunbar, Ryan Mullen and Rory Townsend – represented their home country. Mullen and Dunbar ride for WorldTour teams while Townsend rides for the UK based DHB-SunGod team. Looking after these riders was a staff of three.

I was offered the privilege of jumping in the team car: an offer I couldn’t refuse. In the process, I got a first-hand glimpse of what it’s like to be in amongst the action at the World Championships, with a team that hoped to hit well above their weight.