Deignan becomes the first woman and the first Brit ever to win Paris-Roubaix after leading the race from 82 km to go. 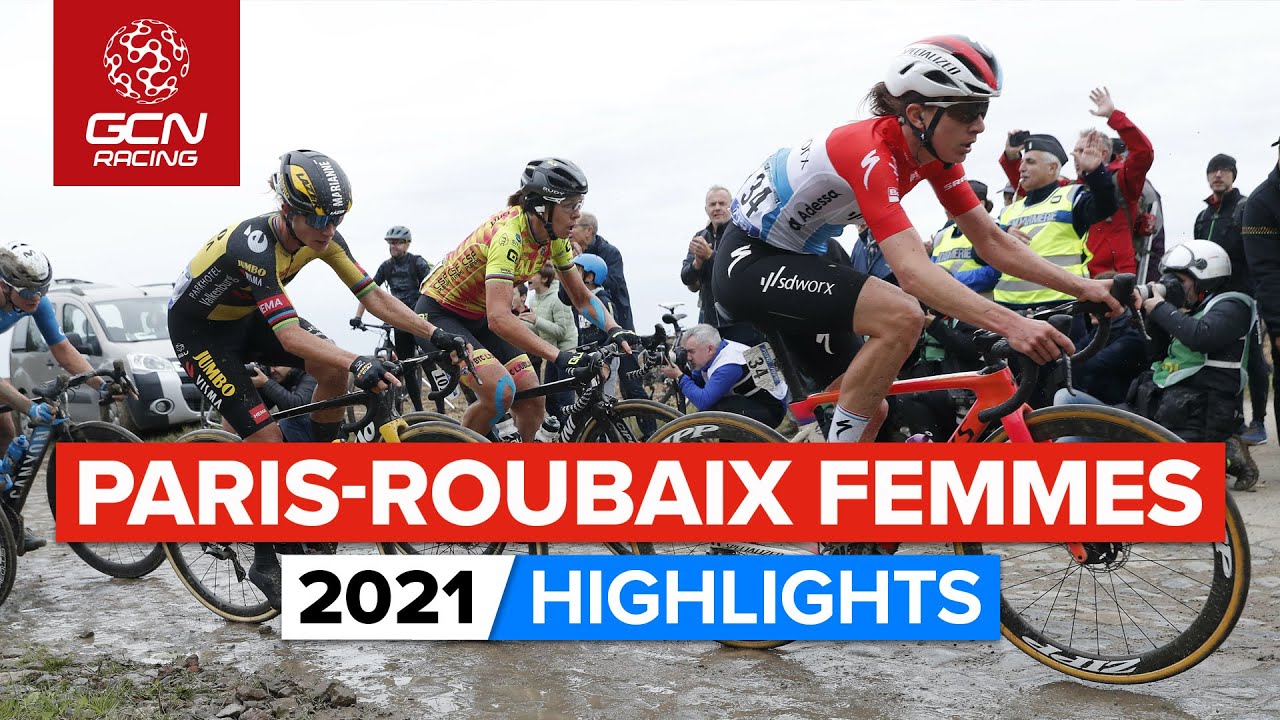 Lizzie Deignan (Trek-Segafredo) took a truly phenomenal victory at Paris-Roubaix Femmes, having led the race from the start of the very first cobbled sector all the way to the Roubaix Velodrome.

The first ever women’s edition of the Hell of the North covered 116.4 km, starting with three local laps around the start town of Denain. The first of 17 cobbled sectors came after just 33km, and the women would cover 29.2 km (25% of the total distance) of pavé by the end of the race. The promised rain eased for the race start, but the damage had already been done, and it would return intermittently throughout the afternoon.

Lizzie Deignan was the first rider to hit the cobbles of Hornaing, and by the end of that first sector, her gap had grown and the peloton had been shattered. There were reportedly only 32 riders left in the bunch after just three sectors.

The mud-coated Mons-en-Pévèle, just inside the last 50 km, was particularly treacherous after the earlier rain, and several key riders were caught out. Deignan however, enjoyed a two-minute buffer and was able to pick her line over the slick surface.

Behind Deignan, the race was in bits. Christine Majerus (SD-Worx) led a small chase group that included Marianne Vos (Jumbo-Visma), Elisa Longo Borghini (Trek-Segafredo), Audrey Cordon-Ragot (Trek-Segafredo) and Lisa Brennauer (Ceratizit-WNT) among others, with several riders trying desperately to chase back on.

At around 30 km to go, the chasing group swelled to around 20 riders, bringing a number of favourites back into contention along with some teammates to work at the gap.

The lone leader could afford some sketchy moments on the near-impossible surface of the Camphin-en-Pévèle sector, and when the chasers hit the same cobbles 2:15 later, Marianne Vos made her move. As The Jumbo-Visma rider accelerated, a crash took out several others – including pre-race favourite Ellen van Dijk (Trek-Segafredo) – shattering the group.

With 10 km and one significant cobbled sector to go, Deignan held 1:18 over Vos who’d made most of her gains on the cobblestones. Further back, Longo Borghini held a handful of seconds over a small selection in the fight for third place.

Deignan was able to maintain her gap in the run-in, entering the Roubaix velodrome alone to write her name into the history books – and the shower stalls – as the first ever winner of Paris-Roubaix Femmes. Vos finished an emotional second place ahead of Longo Borghini. 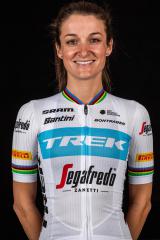 Freewheeling Podcast: Hats off to Trek-Segafredo