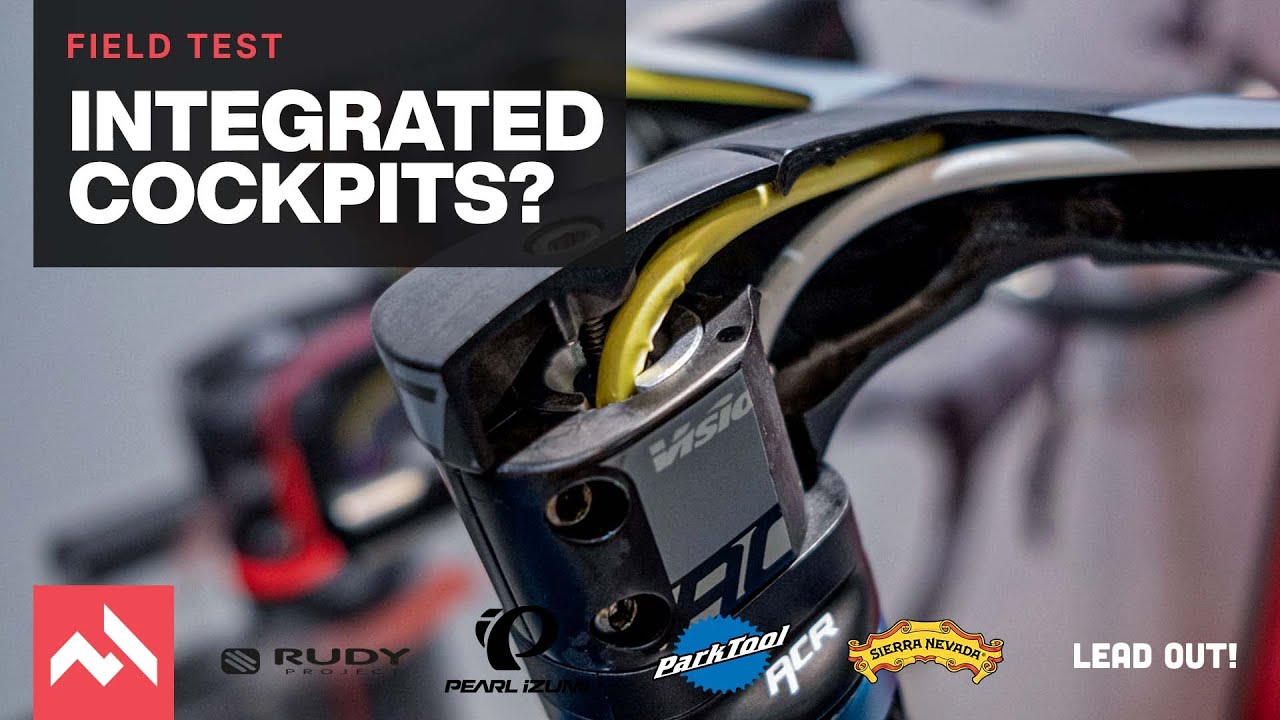 The price we pay for integration

Those newfangled one-piece integrated front ends and fully hidden cabling look slick, but what’s the real price we pay for them?

I am no stranger to one-piece road handlebar-and-stem combinations. It was in 2007 that I sampled my first one-piece combo, the Pro Stealth Evo. I remember marveling at its sleek proportions, the relatively low weight, the hand-friendly shape of the tops and drops. It was strikingly beautiful and different, and it was only very recently that I donated it after stubbornly keeping it in a parts bin unused for years.

One-piece handlebar-and-stem combos were considered exotica 14 years ago, but they’re practically standard-issue today, at least on higher-end drop-bar bikes. They still look fantastic — especially when the styling is designed to match the frames and forks to which they’re mated — and thanks to more advanced understanding of fiber composite construction, they can be both ultra-stiff and remarkably comfortable, all while also being lighter than most traditional two-piece systems.

The bike industry has often displayed an unyielding affection for something I’ll called “erism”. If light is good, lighter is better. The same goes for other aspects like stiffness, aerodynamics, etc., with seemingly little consideration for where a tipping point might lie.

In the case of one-piece controls, the issue lies in what has been sacrificed in this endless pursuit.

As much as I was enamored with that old Pro front end, the old mechanic in me always loathed the internal routing. That was back in the days of cable actuated rim brakes, mind you, and those lines were only internal through the bar tops; the rest was external as was once customary.

Now, “erism” has resulted in all of the hoses, housings, and wires being completely hidden from view, convolutedly snaking through the handlebar and stem all the way into the frame, unsightly blights that don’t dare be seen by prying eyes. To the general buying public looking at these ultra-modern machines on the showroom floor or perfectly lit web site photos, the end result is gorgeous, and for the fortunate few, those clean lines might even help justify the ever-increasing prices of halo models.

But what have we given up as a result?

Brands have at least gotten better about offering these one-piece setups in more sizes to accommodate a wider range of rider needs and wants. But getting to that point can be painful in both time and money. Are shops prepared to break the news to someone who just dropped thousands on a new bike that they now also have to devote hundreds more to get the thing to fit properly? And potentially days or weeks to get there? What if the needed size combo isn’t offered? Or what if the buyer just doesn’t like the bar bend?

Even when everything is dialed in and fits properly, those integrated front ends can often continue to give and give — like an STD that just won’t go away. Granted, the bikes these things typically come on also usually come with electronic shifting and hydraulic disc brakes that require little maintenance after the initial build (at least for the parts you can’t see). But what if you ride occasionally — or, gasp, regularly — in the wet and need to swap a headset bearing? What if your fit changes and you need to raise the front end by a few millimeters?

Both of those were once easy jobs accomplished by seasoned mechanics in five or ten minutes and at minimal cost. But now? There’s a good chance the entire front end needs to come apart: bar tape, bar-and-stem, hydraulic lines, shift wires. Those hydraulic lines might have to be replaced with new ones, too, since the barbed ends will probably need to be cut off and many design need very precise hose lengths for everything to work properly.

And heaven forbid you crash years down the road and need to source a replacement for that proprietary front end; will you be able to get one? Let’s hope so.

I’m not saying fully integrated things shouldn’t exist at all. They have the potential to offer measurable performance benefits — at least to those that might actually benefit from them — and polarizing as they may be, there are certainly plenty of people who like them. But as is often the case, those benefits also come at a cost. Let’s make sure everyone involved is just as aware of the downsides as they are of the upsides, eh?

Nerd Alert Podcast: Electronic shifting is what people want, but is it what they should want?

Nerd Alert Podcast: Electronic shifting is what people want, but is it what they should want?