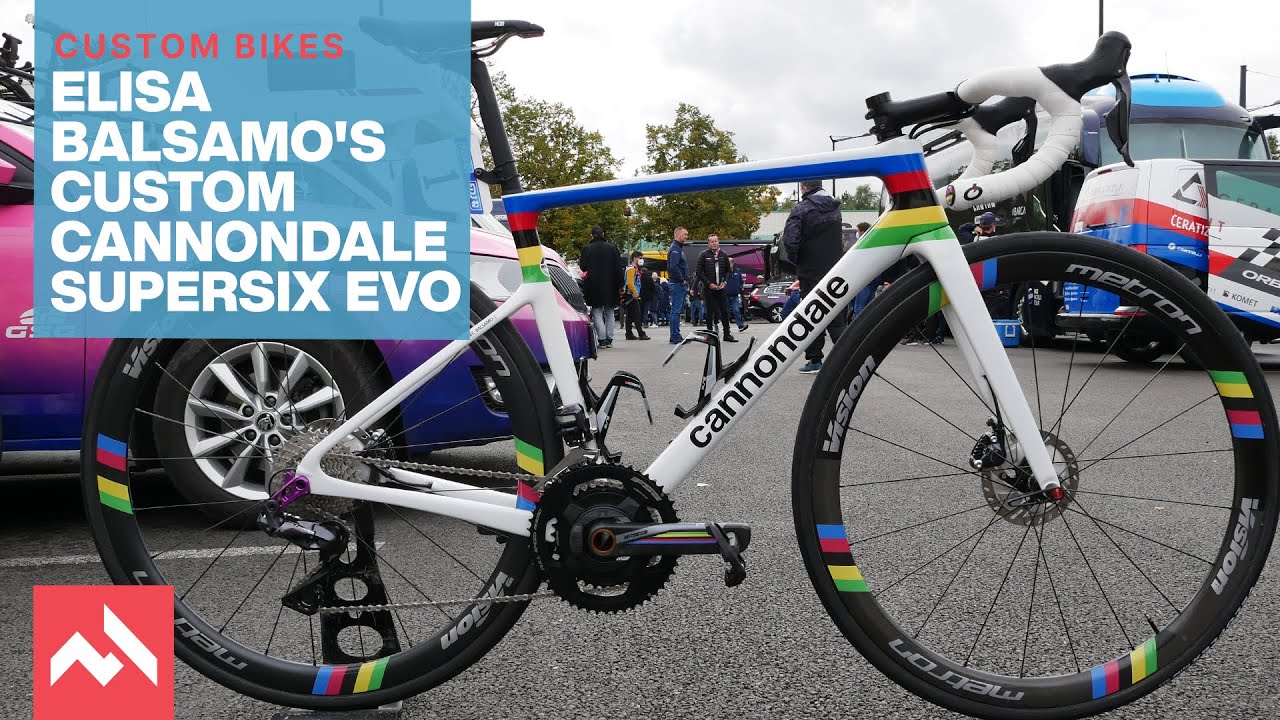 We got a close-up look at what a world champion rides when taking on the cobbles of Roubaix.

She may be leaving her long-standing Valcar-Travel & Service team next year for the powerhouse Trek-Segafredo squad, but for the remainder of the 2021 season, Elisa Balsamo will show off her recently won World Championship rainbows aboard her trusty Cannondale SuperSix Evo.

It’s a bike that already had several outings in only the three weeks since what was a spectacular and surprising win in Leuven.

Elisa Balsamo may very well be swapping one major bike manufacture for another, but that didn’t stop Cannondale whipping up what I personally think as one of the classiest looking customs world champs bikes in many years.

It’s already had an outing on the cobbles of Roubaix, and it also took Balsamo to a victory on the last stage of The Women’s Tour on Sunday when the peloton headed into Felixstowe, England, for a sprint finish.

If you’ve not read about the bike before, then check out Ronan’s article. We’d even put our neck on the line and say it’s a bike that wouldn’t be seen in the men’s World Tour peloton simply due to the parts used. If that’s intrigued, you then hit that play button.