Pfizer and Factor are main sponsors of Dowsett's record attempt.

Dowsett unveils his custom-made, left-turn-only Vorteq skinsuit for his upcoming attempt on the UCI Hour Record. 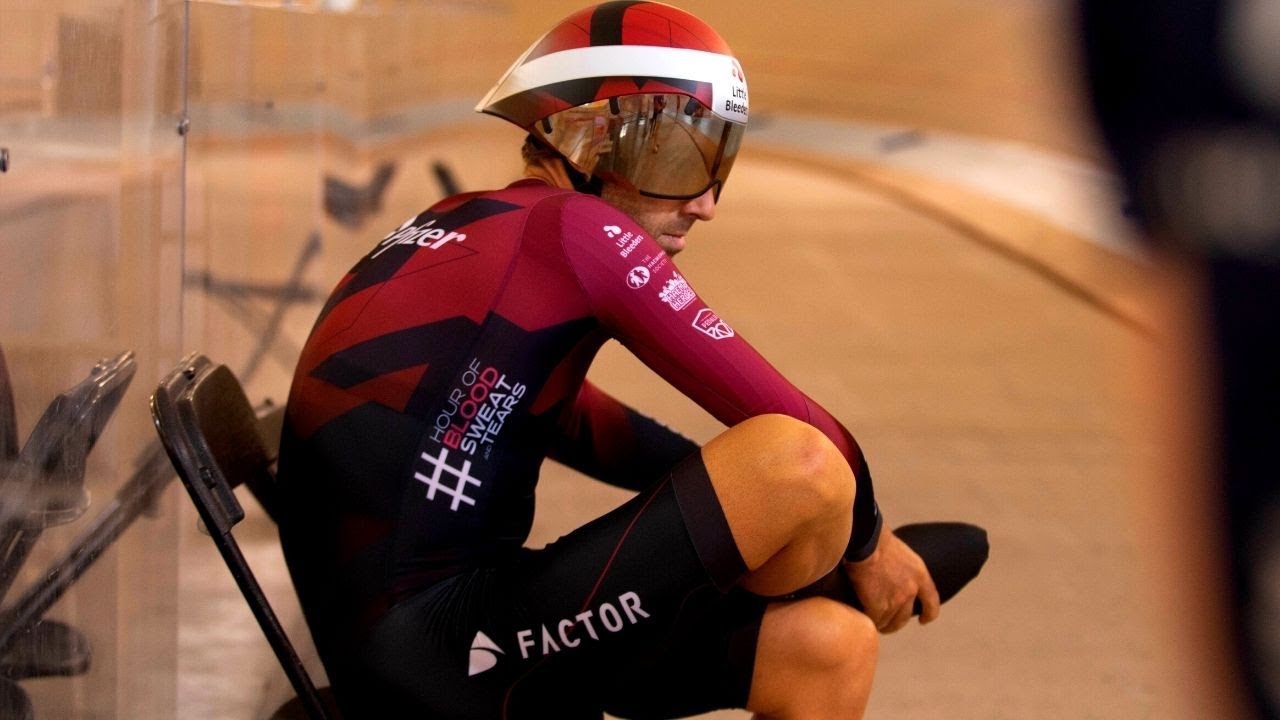 Having just unveiled his new Factor Hanzo track bike, Alex Dowsett has published another fascinating video on his preparation for his upcoming UCI Hour Record attempt. With just over 24 hours until the attempt, Dowsett took us on a tour of the Vorteq skinsuit specifically designed and decorated for what he is calling his #HourofBloodSweatandTears.

In the video, Dowsett explains the skinsuit is not only custom made to fit but is also optimised for his target speed and features an asymmetrical construction specifically for track racing and only turning left. Because Dowsett was careful not to give away any secrets on how exactly this asymmetry features in the suit, we will have to assume it is at least in part inspired by Derek Zoolander.

Dowsett revealed the suit was tested and optimised at 43 km/h and at around sea level in the UK. Given the air density differences at the vastly different altitudes, this seemingly slower speed of 43 km/h is more representative of what Dowsett will face riding at 55 km/h on the Aguascalientes track in Mexico at 1,888 metres above sea level.

Dowsett has opted for a classic-looking red and black design for his skinsuit with a beautiful balance of charity logos, symbolic reminders, and sponsor logos. Dowsett will carry the logos of his Little Bleeders Foundation and the Haemophilia Society on his arms, alongside the logo of the Haemo Heros app, an app helping children with haemophilia. Those logos share the suit with financial backers of the Hour Record attempt: Factor Bikes, The Independent Pedaler, and Pfizer. Dowsett credits the last of these sponsors with having saved his life thanks to the medication it manufactures.

On his chest Dowsett will carry the names of many people affected by haemophilia, and Bill, his partner’s grandfather, who recently passed away. Dowsett also has the letters “MDL” and “CJ” on each wrist to remind him of his family as he tackles the Hour Record.

Dowsett already put UK-based Vorteq and its £650 overshoes in the headlines at the Giro this year. More recently, Vorteq suits featured in the Tokyo Olympics, Ashton Lambie’s incredible 3:59 individual pursuit, and on Dan Bigham as he set a new British Hour Record. Thanks to a change in the UCI rules to once again permit overshoes on the track, Dowsett can wear those same Vorteq overshoes for his Hour Record attempt. Beneath those overshoes Dowsett will ride with a pair of custom-made $2,000 Simmons Racing shoes.

To complete the package, Dowsett will race with a HJC Adwatt TT helmet which Dowsett hopes willl, in fact, savewatt in his bid to break Victor Campenaerts’s current Hour Record of 55.089 km.

Pfizer and Factor are main sponsors of Dowsett's record attempt.