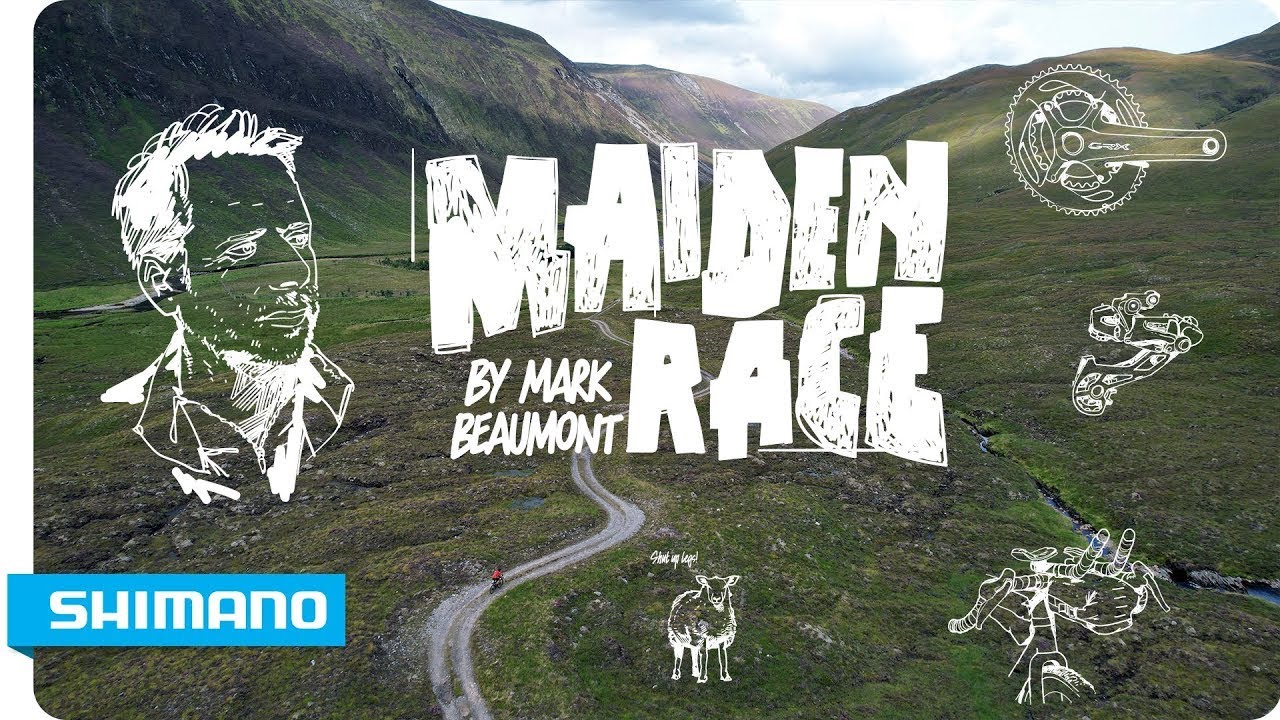 When a race is doing its best to limit environmental impact, it only makes sense to do the same when documenting it.

GBDURO is a 2,000-km self-supported mixed-surface bikepacking race the spans that length of Great Britain, from Land’s End to John O’Groats. You might have heard about it back in 2019 when Lachlan Morton rode (and won) the inaugural edition.

In 2020, GBDuro organisers dubbed the event a “#noflyride” – in an attempt to reduce carbon emissions, participants at future editions would have to get to the startline without flying.

In keeping with the ethos of the event, Edinburgh-based filmmaker Markus Stitz took a similar approach when documenting this year’s race. Over the space of 11 days he used only his bike and public transport to move around and shoot GBDuro.

You can see the finished video at the top of this article. Below, you can read Markus’ first-hand account of the challenge of covering the race, where he paid particular attention to around-the-world record holder Mark Beaumont who was taking part in his first-ever race.

It’s about 5am. The rain is pelting down on the glass roof as I look up. As I peel myself out of my sleeping bag and reach for my phone, I wonder what has woken me up before my alarm? It might have been the smell of piss (somewhere behind the shelter), the noise of the rain, or the bright neon lights that have suddenly lit up the waiting shelter on the platform at Helensburgh Upper station.

This wasn’t the best night’s sleep, but I am still dry and ready to roll within a few minutes.

The night before, at least for a brief moment, I had some hope that I would spend a few hours sleeping in a hotel. But, similar to the other times I had the same plan, almost everything was booked out.

I considered myself lucky when I finally found a room on booking.com on the outskirts of Glasgow. Until I realised that said room was on the other side of the River Clyde, and that the Yoker ferry, which would have easily gotten me over the river, had long stopped running. The ferry availability wasn’t a detail which booking.com considered when recommending hotels in the proximity.

While it might not be of much significance when travelling by motorised transport, cycling a detour of more than 15 km both ways over the nearest bridge, just for a bed, wasn’t an effort I was prepared to make.

I cancelled the room booking and carried on through darkness and rain to the next train station instead. With five minutes to spare, I caught the last train to Helensburgh, where I was going to take a sleeper train very early the next morning.

This would get me to Corrour, Britain’s most remote train station, at around 9am, and hopefully provide me with the opportunity to catch Mark Beaumont on the wide open and remote stretch to Loch Laggan. Or, if I was there at least an hour ahead, I would have the opportunity to race ahead and catch him on one of the most important climbs of GBDuro, the Corrieyairack Pass.

I had done some basic shopping the night before in Falkirk and was prepared for a day without passing any shops or takeaways. Thinking ahead was of utmost importance when capturing GBDuro only by bike and public transport. I was constantly checking the riders’ progress on the tracker and looking at their speeds.

Scanning the route and terrain ahead on Komoot, I estimated when the riders were likely to pass through a place that was in proximity to a train station. I could project my own progress to get to a suitable filming location, get set up, and be ready to film.

In the hilly but open countryside – of which Britain has a lot – I would take a train and cycle in the opposite direction of the race. Standing elevated on a hill I was able to spot the riders as they approached. At other times I would head in the direction of the race, scout for a beautiful location and wait there for a rider to appear. If someone else was due to follow soon, I would wait for a second take, and then move on.

The tracker wasn’t always accurate, but checking the riders’ progress at least gave me an indication.

But this wasn’t the only procedure I had to repeat many times throughout 11 long days of filming one of Britain’s most difficult bikepacking races. I was constantly checking the local weather forecast and an app that was indicating ‘no fly zones’ for my drone – areas often in proximity to airports or of military use.

In addition, it was only possible to fly at lower wind speeds and with no moisture in the air. The forecast would give me at least an indication, but the wind was sometimes very localised and the actual conditions different from the forecast.

Then there was the issue of charging the drone batteries. While I had enough batteries and power banks to top up my two handheld cameras, my phone, and my bike lights during each stage, the drone required mains power. It took about an hour for each battery to charge, and I had three. With most trains equipped with sockets, I was able to make the most of each train journey to get from one place to another by simultaneously charging batteries, but this didn’t work at all times.

As I was delivering daily update videos as well, those train journeys provided a perfect opportunity to transfer video footage from the three cameras to my phone via WiFi, and cut the daily updates on my iPhone, using the very basic iMovie.

When the train charging option wasn’t available due to a lack of sockets or, like in most parts of Wales, a lack of trains, a stop in a cafe or pub would be sufficient to combine eating with charging and editing. Most of the time this worked seamlessly. At other times, like on a Sunday night in a small village in Wales, it didn’t.

Shortly after I had caught the only footage of Mark on day two, I decided to stop and get something to eat. At 7pm, two of three local pubs had stopped serving, and the third one was in the process of deep cleaning the kitchen. But as many times on my trips before, it was the kindness of strangers that turned a hopeless situation into a memorable experience.

The owner of the third pub pointed me in the direction of the petrol station, which was about to close in five minutes, and offered to heat up water. Pot noodles weren’t a culinary experience, but at least they were something warm that looked like food. I could use the sockets too, and shortly after I had finished all charging and editing, I was in the middle of a small live music session.

All of the other pub users, three of them, happened to be outstanding musicians. After a beer and a whisky, I was shown a good place to pitch my tent and spend a few hours to recharge.

Taking trains wasn’t the easiest way to get ahead of the riders, but it worked. On only a very few occasions I had to convince a conductor to allow me to board with my bike. When I had to, I was polite and explained what I was doing. The only time this approach didn’t work was in Wales, when I was trying to board a bus.

The second failure was on the morning I woke up in Helensburgh. Unable to find out whether or not I could take the sleeper train, I patiently slept on the platform, as the train was due to arrive at 6.33am. And even though the whole passenger section of the Caledonian Sleeper was empty, it was once again a policy that defeated empathy or common sense.

I had to wait for the next train, due three hours later, and lost the race against Mark on stage three. His GoPro footage would later be sufficient, but this was one of the few moments when I cursed my approach.

So why, you’ll rightly ask yourself, go through all of this, when I could have hired a campervan, followed the riders along the route, filmed them on certain locations, and wouldn’t have all the added logistics that came with only using a bike and train trips?

For me the answer is two-fold. Even with the added benefit of hindsight I wouldn’t change my approach. The first reason for me: by capturing the race the way I did, I was able to get access to the riders. I didn’t get treated as a ‘media team’ at all. Riding in the miserable weather conditions the riders had to endure during GBDuro this year, sleeping rough most of the time, and even having to fix my bike when my front brake stopped working – all of this made me appreciate what the riders went through.

When I popped up at random places along the route I had worked hard to get there. I could at least imagine what went through their heads, and tried to capture those moments as well as I possibly could.

The other reason was access to the places the race travelled through. The most beautiful sections of the route were often not on roads, and therefore only accessible by bike or foot. While England and Wales have byways, on which 4x4s are allowed, Scotland’s access rights for walkers and cyclists are excellent, but byways don’t exist. Getting landowner permission to drive a vehicle would have required knowing how the race shaped up in advance.

Being on my bike I had a lot more flexibility, and could capture sections like the hike-a-bike from Great Dun Fell to checkpoint two, the Corrieyairack Pass, the boardwalk section near World’s End, Loch Vaich, Alladale Wilderness Reserve and Loch Ossian, just to name a few.

By taking only my bike and public transport I made sure I stayed as true to the ethos of bikepacking, leaving as little trace as possible. Not just in the race, but also on the way to and from the race.

I paid a total of £472 for train tickets for the whole journey from my front door in Edinburgh to Land’s End, from there to John O’Groats and back to Edinburgh again. Often train journeys are considered too expensive; my experience on this occasion was a different one. Hiring a car and paying for petrol (or electricity) would have not only been less environmentally friendly, it would certainly have been more expensive too.

Using a sustainable approach delivered the best possible results. It allowed me to make a film that captures as many facets of a bikepacking race as well as possible.

Disclosure statement: Markus Stitz is an ambassador for bike bag company, Apidura. He was paid by Apidura to write an article about his effort to film the 2021 GBDuro. CyclingTips was not involved in this commercial arrangement.