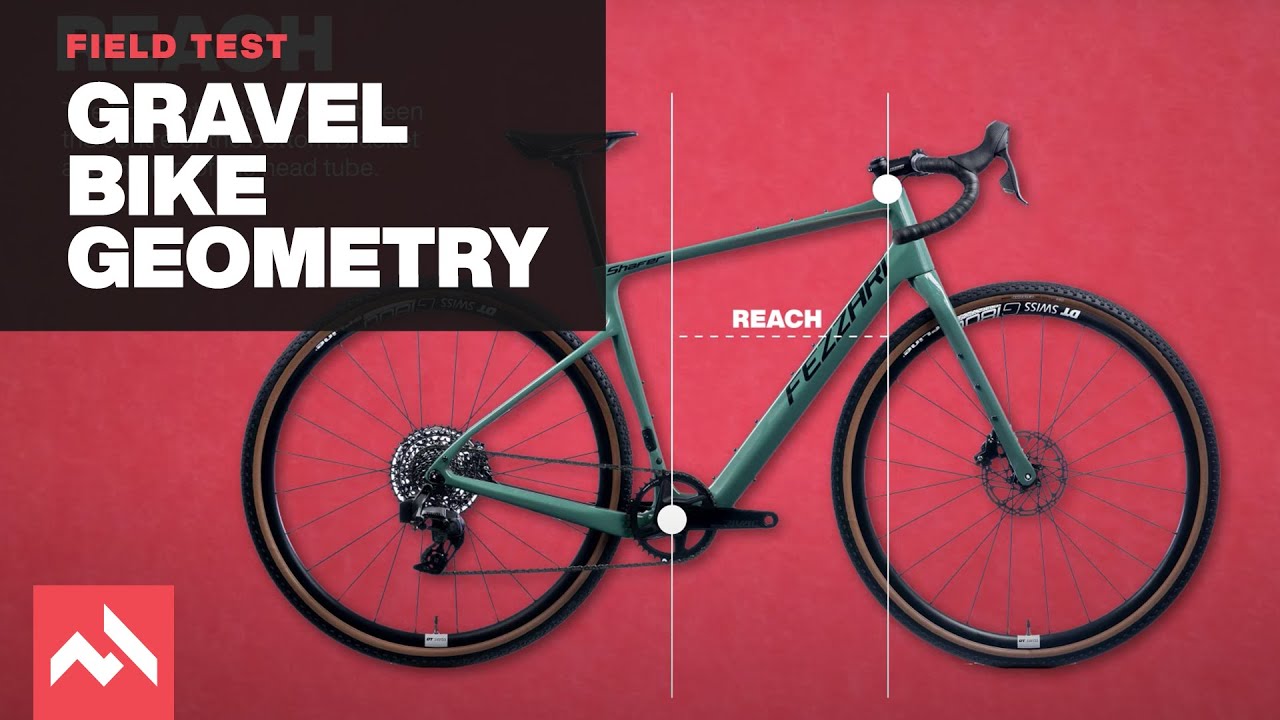 A geometry chart can tell you a lot about a bike’s fit and handling, but only if you know what the numbers mean.

If you’re shopping for a new bike right now — or have bought one in the past decade or so — you’ve probably noticed that in addition to listing things like the build spec and features, the manufacturer’s product page includes an extensive table that looks like some sort of spreadsheet nightmare.

Never fear, though: those numbers don’t discuss budgets or forecasting or TPS reports. More commonly referred to as a geometry chart, they detail the critical dimensions of every size in which that bike is offered. But what do all of those numbers mean? Most people won’t need to concern themselves with every line item, but it helps to understand the basics.

First and foremost, it’s important to separate all of those numbers into two main categories. Some of those numbers will describe how the bike will fit in relation to your body, which will have all sorts of implications in terms of how comfortable you’ll be. The other numbers will help describe how the bike handles: how stable it feels at speed, how agile it is through corners, how planted it feels, and so on.

This isn’t meant to be an exhaustive treatise on frame geometry, but if you’re not already acquainted, hopefully you’ll find this primer useful.

Far and away, the two most important numbers to look at when it comes to fit are stack and reach.

Stack describes the vertical distance between the center of the bottom bracket and the top of the headset (or head tube, depending on the brand — more on that another day), while reach refers to the horizontal distance to that same point in space. In combination, they provide the most reliable information on how long and tall a bike will feel underneath you.

Of course, other aspects will affect this as well, such as stem length, handlebar height, and saddle positioning. However, while all of those can be used to tweak a position to get it just right, those stack and reach figures are set in stone and there are reasonable limits to how much you can work around them, so it’s important to at least get in the ballpark before making other adjustments.

Think of it in terms of clothing: you can always tailor a garment to better fit your particular anatomy, but the end result will be a lot better if you first start with the right size.

If you were to draw a line through the center of the fork’s steerer tube straight to the floor, and then also drop a plumb line from the front hub axle, the horizontal distance between those two points on the ground is the bike’s trail dimension. More than anything else on the geometry chart, it provides information on how quick or stable a bike’s steering will feel while riding.

Of course, there are other factors that play into a bike’s steering characteristics like stem length and the relationship between head tube angle and fork rake, but in most cases, trail will still tell you most of what you need to know (and you can get a deep dive here on some of those other aspects if you’re so inclined).

Bottom bracket drop refers to how far the center of the bottom bracket sits below a line that goes through center of the hub axles (assuming two identically sized wheels). On most drop-bar bikes, that figure hovers between about 70 and 80 mm.

In many cases, the bottom bracket drop between various bikes may only differ by a few millimeters, which may not seem like much at all. However, when you consider that the bottom bracket defines how high your body is positioned off the ground, and that your body also comprises the bulk of the total bike-plus-rider system, small changes in bottom bracket height can yield big differences, especially in terms of handling.

When the center of gravity is lower, the bike tends to feel more planted and stable, particularly through corners. On the other hand, having your bottom bracket higher up can make for a somewhat tippier sensation, but it also provides the ground clearance needed in certain situations. The height of that center of mass is also what contributes most to riders feeling like they’re sitting “in” the bike as compared to “on top of” it.

You can think of wheelbase as being somewhat analogous to the length of a boat. If you have a boat that’s super long, the size of the rudder isn’t going to matter a whole lot; it’s still a whole lot of vehicle to turn. But when the ship is shorter, you don’t need as much rudder to get the whole thing to turn. Conversely, that longer ship will also be more stable and less prone to outside influences, while the shorter one will be more likely to be knocked off-line by wind and waves.

Diving a little deeper, how that wheelbase is divided between chainstay length and front-center has subtle effects on handling, too. To a point, moving that weight closer to the rear wheel makes it slightly easier to rotate the whole system for quicker turning, although having it too far back also removes weight from the front tire, which can have negative impacts on cornering traction.

For years, the proportion between chainstay length and front-center has stayed pretty constant, although if you’ve been paying close attention to gravel bikes in recent years, you may have noticed that wheelbases have been getting longer, and most of that additional length has been coming almost entirely from longer front-centers (combined with shorter stems to maintain the same saddle-to-handlebar relationship).

There’s a neat interplay at work here: the longer wheelbases make the bikes more stable, and the longer front-centers lend more confidence — particularly on steeper downhills and on slippery terrain — by making the steering feel a bit less nervous and reducing the chances that you’ll go over the bars. Longer front-centers also make it less likely that your toes will hit the front tire in tight cornering.

However, despite the extra length, the bikes still manage to feel reasonably maneuverable because of that slight rearward weight bias and the way stems have gotten shorter to maintain the same rider fits. It bucks decades of tradition, but it works.

A frame of reference

When viewed in a vacuum, most of the numbers on a geometry chart unfortunately aren’t going to have much meaning. Is 400 mm reach too long for you? Or a 560 mm stack too low? Will that 75 mm of trail be too stable, or just right? Even if you’re coming from decades of experience on the road and you think you’ve got a handle on what works best for you, newer gravel bikes and their more progressive geometries are throwing a lot of conventional wisdom out the window.

As such, what’s most important is to ride as many gravel bikes as you can so you can build a catalog of how different geometries feel — and what you like. Going along with that, it’s critical to keep a record of what you’ve ridden along with notes to preserve your feedback.

All of this discussion simplifies the black art of bicycle geometry somewhat, but nevertheless, if I hit all of those numbers, there’s a high probability the bike will feel just about right to me. However, I only know that because I have the benefit of being able to ride a whole bunch of other bikes for comparison.

So what’s the point here?

It’s simple — at least in concept. Become acquainted with the most important aspects of a geometry chart and how it affects the way a bike fits and handles, and then ride as many bikes as you can to gain a frame of reference for what works for you and what doesn’t. Once you determine those two critical things, you can then move on to other things like cost, features, weight, aesthetics, and so on.

Finding a bike these days may be hard, but figuring out which ones might work for you shouldn’t be.

Be sure to check out the rest of the content from our latest Field Test event, and be sure to subscribe to our YouTube channel so you don’t miss any of the associated videos, either.

And maybe you’re wondering about our policies regarding potential conflicts of interest? Here’s our stance.