Astana is back with a brand new rap and … oh boy

Look, it's not good. But it is kinda fun. 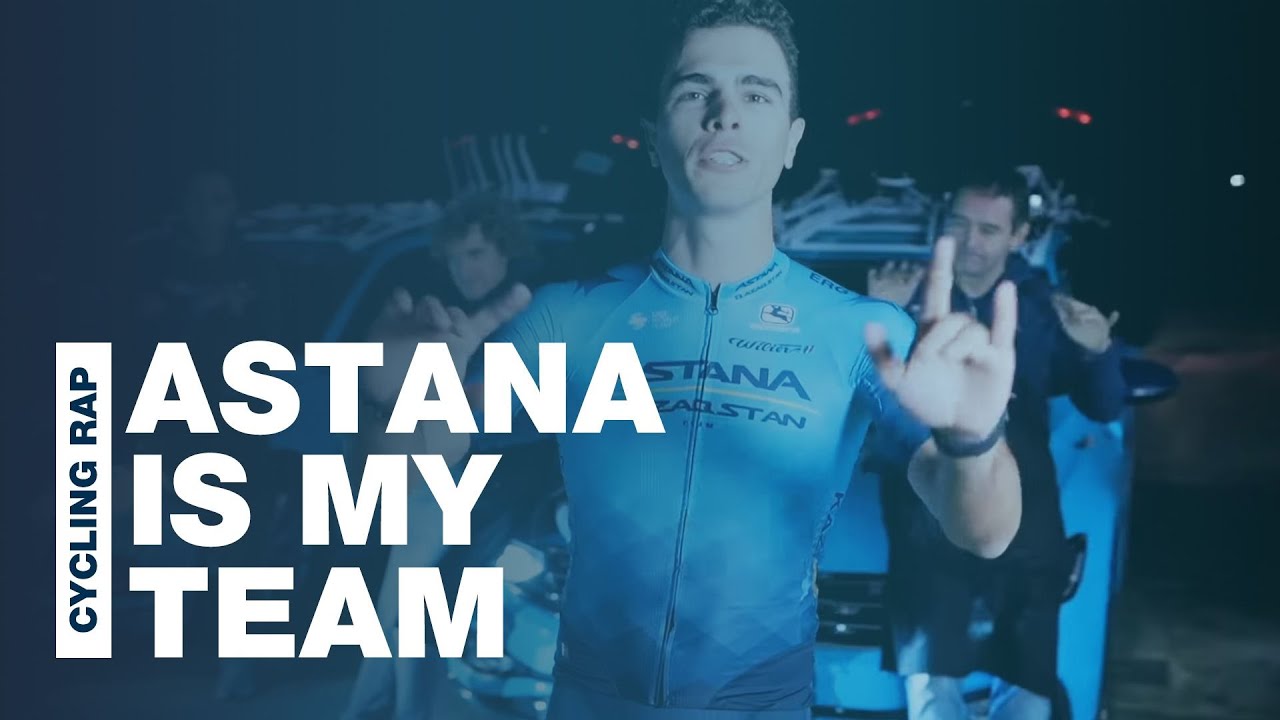 You’ve probably heard of the 2003 cult classic film, The Room. It’s 99 minutes of independent cinema so shockingly terrible that it doesn’t just reach the summit of the mountain that is ‘Bad Content’, it plunges haphazardly down the other side to become something that’s strangely enjoyable to watch. It’s the very definition of “so bad it’s good”.

The latest rap video from the team now known as Astana Qazaqstan? Same sort of thing.

The track’s title, ‘Astana is My Team’, lets you know from the outset that you’re in for a great time. And it only gets worse from there.

Actually, that’s not entirely true. The first 10 seconds are fine. We start with a shot of the team riding two abreast in some scenic location, team logo splashed across the screen, as some inoffensive synth strings plink away in the background. But then we reach the 10-second mark and things quickly take a turn.

A scratchy synth bass kicks in and then Vincenzo Nibali hits us with the first line of the track, his lip-synching very much not in sync. He looks happy enough with himself, but beneath the surface, you know he’s asking himself whether returning to Astana was really such a good idea.

To his right, Miguel Ángel López is having exactly the same thought, but is doing a much worse job of hiding it. To the other side of Nibali, team manager Alexandre Vinokourov is wondering whether he should just axe the social media team right here and now, or at least wait until the video comes out and gets some publicity.

It’s impressive how many memorable moments are packed into less than two minutes. Here are some standouts:

I mean, it’s not good, but it is strangely catchy, no?

The filmmakers have done an admirable job of cramming so many essential rap tropes into such a short video.

You’ve got your token poolside scene, but instead of scantily clad models, its Joe Dombrowski – the video’s only native English speaker – lying on a deck chair beside a bike he’s seemingly developed feelings for.

You’ve got your classic night-time shot with a bunch of hype men (team mechanics) in the background leaning on the hoods of their (team) cars, while someone raps in the foreground. In this case it’s young Italian Samuele Battistella telling us about how he shaves his legs.

There’s your typical in-studio shot, rap star behind the mic. On this occasion it’s Nibali, who ends his Italian verse with the hopeful glance of a man who’s desperate to be done with this whole mess.

And then there are the sharp-looking men in suits: Vinokouorov – mob-like, imposing – and his posse of fellow managers.

It’s quite the ride and really not very good. But we could have expected that. After all, this isn’t the team’s first foray into the rap game and previous efforts were also very much not good.

Watching this latest video though, I’m most reminded of a similar so-bad-it’s-good effort from nearby Turkmenistan: president Gurbanguly Berdimuhamedov rapping with his grandson about the beauty and sporting prowess of his fine nation.

Part of what makes videos like these so bad is that they’re written and performed in English by those for whom English is a second (or third, or fourth) language. But in a strange way, that kind of adds to the charm.

I think we can say that, objectively, this latest video from Astana is not particularly great. But there is still a certain enjoyment that can be derived from it.

And ultimately, no matter how good or bad it is, it got us talking didn’t it? What better way to start the season than with a bit of a free publicity for your team and your new co-title-sponsor …

This new song is a love letter to cycling

This new song is a love letter to cycling