Hour record? Ganna says ‘Why not?’

Ineos Grenadiers' latest 'Teammates' video answers the questions you never knew you had about Elia Viviani and Filippo Ganna. 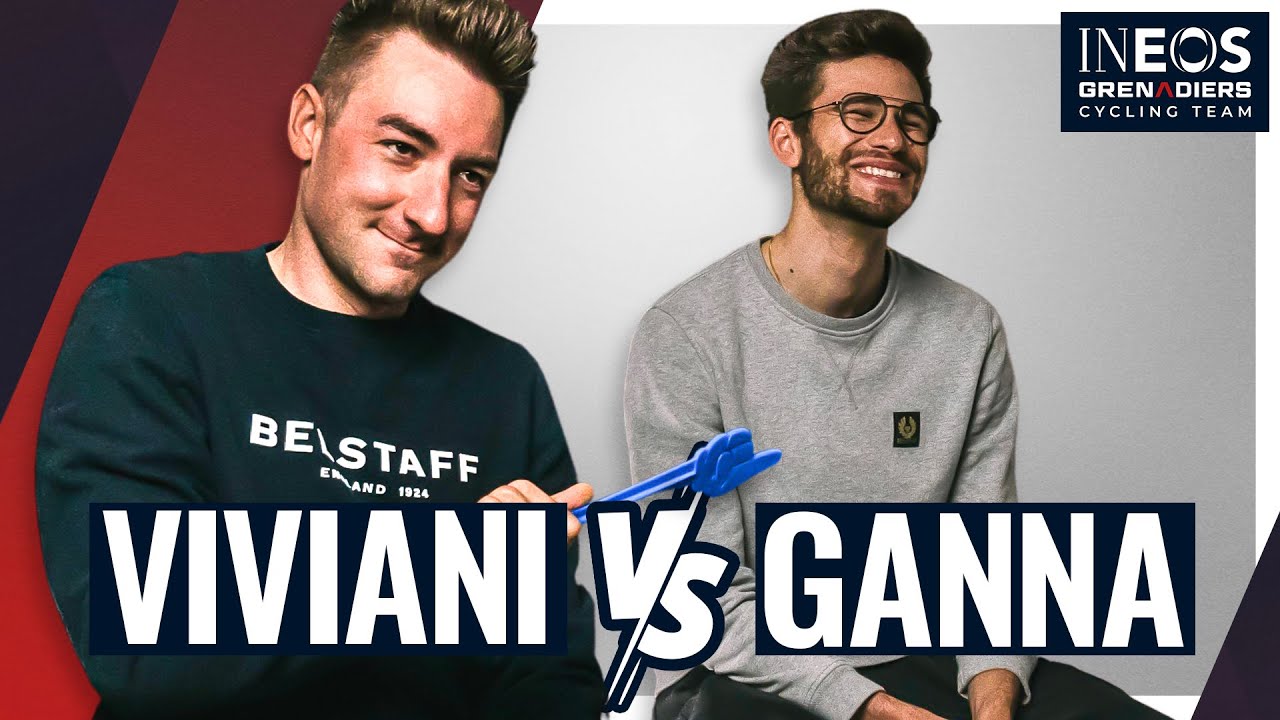 With a squad full of top riders, Ineos Grenadiers rarely rely on their social media team to grab the headlines. Still, the social game is strong among the Grenadiers and the team’s ‘Teammates’ series on YouTube answers the questions we never knew we had. For instance, who is first to open their wallet, or who has the better singing voice? The kind of questions that might haunt a Grenadiers fan if left unanswered.

Last week we learned Tom Pidock could be an Avenger, while Michał Kwiatkowski’s tech nerd tendency might see him replace Daniel Craig as 007. Luke Rowe’s “whichever T-shirt is on top” dress-code-life-hack was an added bonus. All the kind of essential information we just don’t get from an Alt Tour or a team rendition of ‘Call Me Maybe’.

This week it was Elia Viviani and Filippo Ganna’s turn.

Ganna is a huge Lego fan, so much so he is considering a dedicated Lego room at home, while Viviani spends more hours on the bike. The likeable Italian pairing couldn’t be split on who is more Italian, who is the better singer, or in an oddly specific question, who uses the most Muc-Off product.

The video also threw up a few little nuggets of information on the pair’s plans for this season and the years to come. When asked who would make the better director sportif, both agreed Elia is the man for the job. Viviani went a step further and seemingly confirmed his intentions to stay in the sport in some capacity when he hangs up the racing numbers.

Meanwhile, Viviani perhaps spoiled Ganna’s secret sprint in a season when the world time trial champion hopes to target Milan-San Remo and Paris-Roubaix. Of that other big target, the UCI Hour Record, Ganna seemed confident and relaxed about an attempt on Campenaerts 55.089 km mark. Although, Viviani did have some cautionary words on training and condition for the man many see as the next heir to the Hour throne.