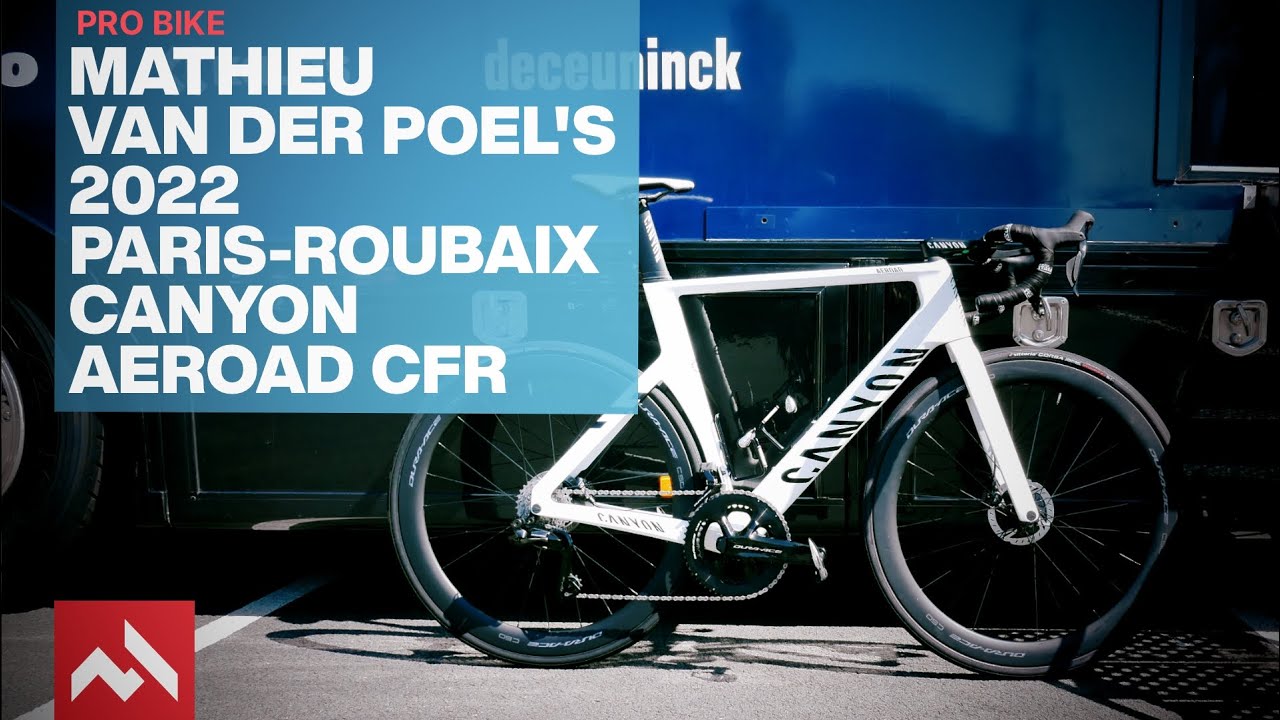 Here we have it, a bike that could be heading to victory come Sunday.

Let’s all be honest here; there’s only one favourite for this Sunday’s edition of the men’s 2022 Paris-Roubaix. You know who I mean: the man, the myth, the living legend, Mathieu van der Poel.

After a spectacular Tour of Flanders win two weeks ago and still being fresh having only starting his season in style at Milan-Sanremo, the Alpecin-Fenix rider is the man everyone will be watching this weekend. But he’s keeping a very low profile ahead of the race. Luckily though, with a bit of nagging, his bike isn’t.

We managed to get an exclusive look at the bike he will hopefully be piloting to victory come Sunday.

If you want to know what he’ll be bashing (in style) over those hallowed cobbles, then click the play button.

And don’t you worry, there is a load more Roubaix tech to come. We’re only getting started, and what a bike to begin with.