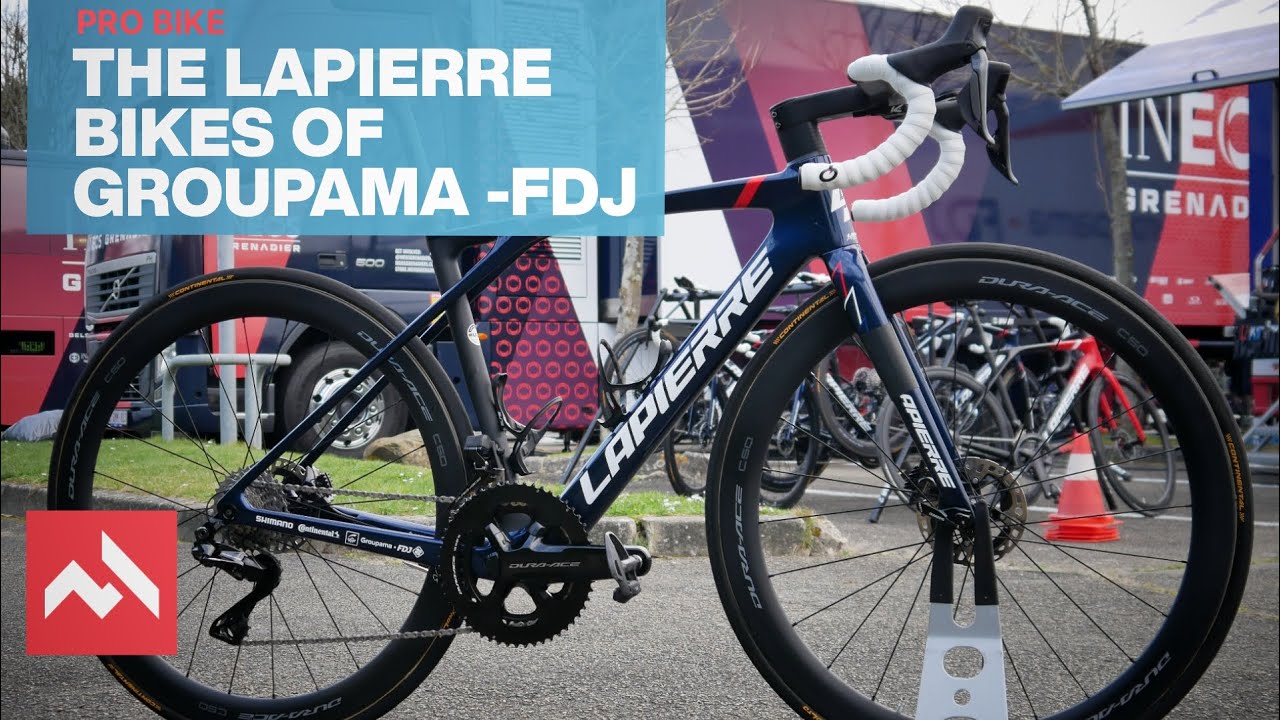 We're back in the pits after nearly two years of restricted access. Here's the first of many pro bike check videos over the coming season.

With the whole COVID situation being a little less worrisome than it was 18 months ago, pits and start areas at major bike races have become areas where we as journalists can visit a little more freely again. That’s a blessing for those who like a bit of geeky team tech.

I know from personal experience that two seasons of trying to get shots of team bikes from afar hasn’t been the most straightforward or productive exercise. ‘Frustrating’ would be the word I’d use to describe the process over that time. But with those barriers becoming less of a, errr, barrier, we can now get to the team bikes like we did before the world turned upside down.

So to kick the new season’s bike videos off, I’ve got a double bill for you. Or is that a triple bill? I’ll let you decide. On offer, we don’t just have the road race bike of David Gaudu (Groupama-FDJ) – a slick, lightweight Lapierre Xelius SL – but his time trial bike too. And, to really give you some tech meat to dig your teeth into, I’ve also included a little treat from his teammate, and recent fifth-place finisher at Ronde van Vlaanderen, Stefan Küng.

As you’ll see, Küng is running something a little different to the rest of the team. Something that I’m sure he’s hoping will help him to victory, or at least not hinder him during this season’s cobbles campaign.

We’ll have loads more bike checks coming this season. In fact, we’ve already a few in the bag, from fancy Colnagos as ridden by UAE Team Emirates, to multiple Cannondales from the EF-EasyPost team, and a few bikes that stand up to the world’s best sprinters. So keep your eyes peeled on our YouTube channel (or, better still, subscribe) for these and more.