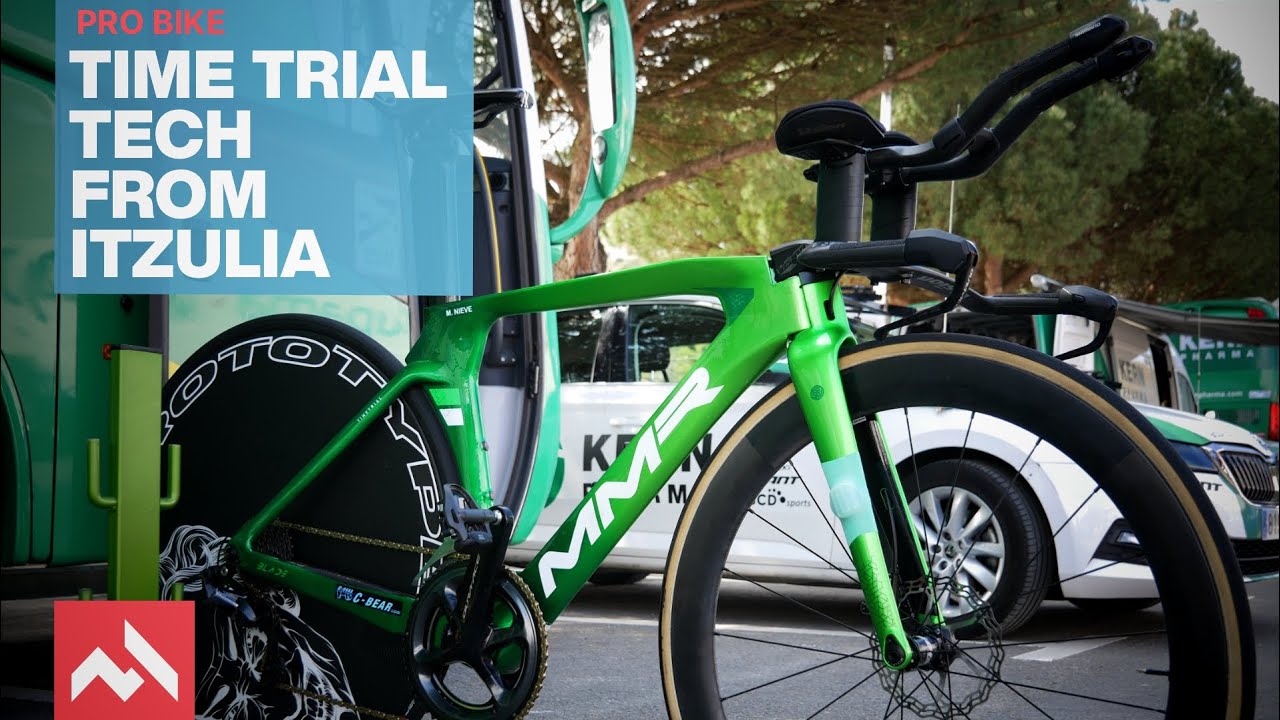 Israel-Premier Tech had the new Factor Hanzô in use at stage one. It's pretty damn radical in design.

Sometimes hitting the smaller races can throw up some tech treats, and that's precisely what we got at Itzulia Basque Country.

Israel-Premier Tech had the new Factor Hanzô in use at stage one. It's pretty damn radical in design.

Itzulia, the Tour of the Basque country, was held last week. The first stage of the six-day race was a short, sharp 7.5 km technical time trial around Hondarribia, a fishing town in north-east Spain. It was a stage that, when I looked at the course on paper, I believed would mean modified road bikes rather than a fleet of time trial-specific bikes. How wrong I was!

Hondarribia is your typical Basque town – white, red and green houses nestled between the Atlantic Ocean and rocky hills and opening up to forever green mountainside. The roads are narrow and twisting, with the iconic Jaizkibel climb starting from the town’s suburbs. And this was precisely why I thought I’d see road bikes with aero modifications.

But the pros had other ideas, or obviously knew better. Disc wheels, aero bars, TT helmets – it was a full TT ammo kind of day. It’s surprising but understandable and just goes to show what teams throw at a WorldTour-level race, even if they’ll only use the bikes for 7.5 km.

Wandering the pits at Itzulia, I avoided the bigger squads. We all know they use the best of the best – it’s all nice, but a bit clinical; a bit (pro) run of the mill. So I headed to the wild-card invite teams, or more precisely, to the local Basque and Spanish squads. These would turn out to be a gold mine of unique tech tidbits.

Kern Pharma, Euskaltel-Euskadi, and Burgo BH didn’t disappoint in what they kitted out their teams with. From wheels that I’ve never heard of for the Kern lads, to cable-actuated disc brakes for the Burgo-BH team. Yep, that’s right, cables.

Though the ProTeams tickle my fancy when it comes to tech, there was still a fair bit of new tech on show from the major WorldTour teams too. Factor had a new TT bike, the Hanzō, a wild design that follows many of the aero rules that British Cycling’s Hope-built track bike uses. If you want one, you better get yourself on the waiting list; it’s pre-orders only for a bike that we’ll see Israel-Premier Tech use this season.

Then over at Trek, they had their relatively new Speed Concept, showcased (undercover) at last year’s Dauphine. That’s a bike that has already been ridden to victory at the Road World Championships, and it’s not even officially released yet.

Please delve into the video above. I’m sure all you tech heads out there will enjoy it. I’m hoping we’ll have more videos from Itzulia for you in the coming days, so stay tuned.