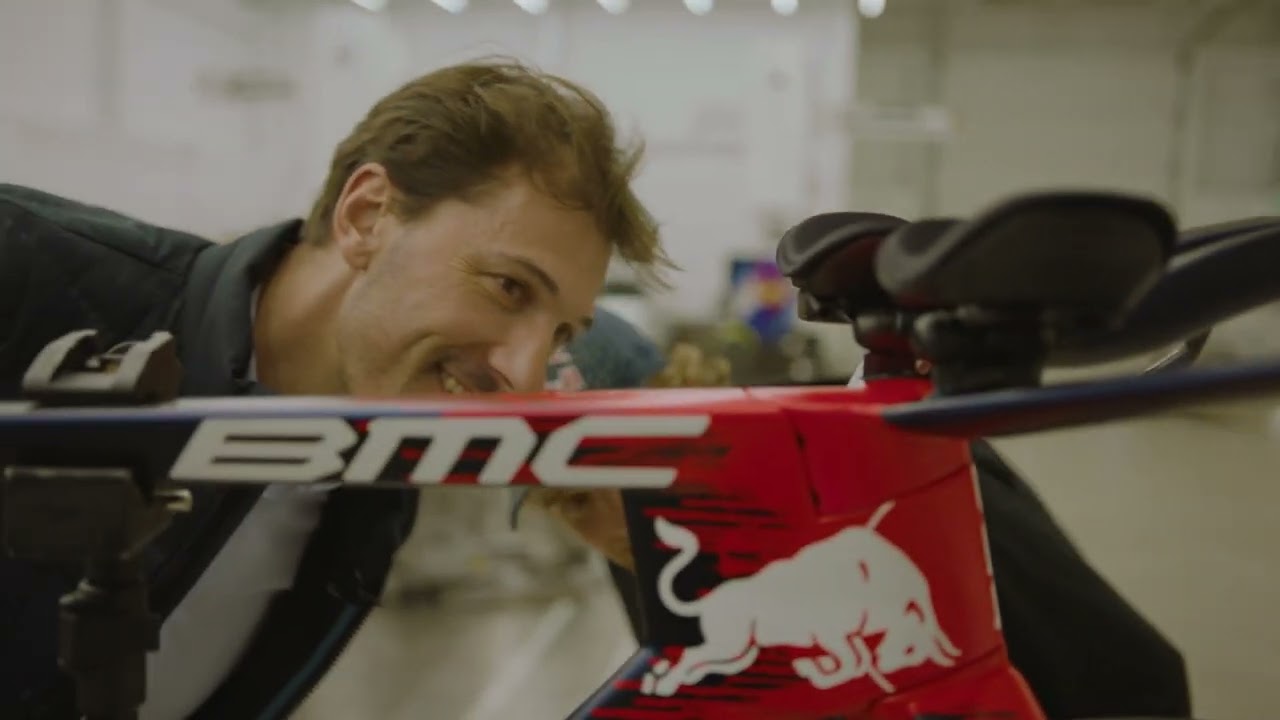 BMC and RedBull team up on the “first F1 bike” prototype

Cancellara, Verstappen, and others unveil prototype Speedmachine ahead of Ironman World Championships.

BMC announced the prototype in a short video published on the brand’s website with plenty of exciting tag lines but very little in the way of exact details. As the bike is still prototype phase, BMC is not yet prepared to provide any technical details on the new bike, but we do know this is at least a working bike and will make its debut at the Ironman World Championships this weekend.

A press release from BMC explains the Swiss brand was able to leverage Red Bull Advanced Technologies’ extensive simulation and modelling capacity to optimize speed, power and ride quality. Stefan Christ, Head of R&D at BMC, points to Red Bull’s capabilities in simulating not just the vehicle but also the “entire performance environment” as a key element in the collaboration. While BMC might not yet be ready to provide exact details, the video and an Instagram story provide a few additional clues as to what we can expect if/when the bike is finally released.

Featuring former TT champ Fabian Cancellara, current F1 champ Max Verstappen, BMC sponsored and Red Bull helmet wearing triathlete Patrick Nilsson and F1 driver Sergio Perez, the video treats us to our first glimpses of the long-awaited Red Bull x BMC collab. That collaboration dates back four years now and was first teased in a video two years ago. At that time, Cancellara told us, “if this works, it’s going to change everything“. Fast forward to today, Cancellara and Nilsson tell us the new TT bike “can really become something big”, “is going to change the bike industry”, and “something cycling has never seen before”. On the face of it, it’s hard to see what exactly is so innovative.

Apart from the paint job inspired by Red Bull Livery and the F1 tyre-like red band on the wheels, it’s hard to see where the F1 innovation is without more details from BMC. Apart from what appears to be exceptionally long chainstays and a very steep front end, which combine to create a bike that looks a bit like it’s had an altercation with a drive-thru barrier, there is little obviously new or innovative on the bike. There are of course all the aero profiled tubes we would expect on an aero focused TT bike and the almost mandatory massive head tube and bottom bracket areas. BMC has also opted for the increasingly popular wider stance front forks presumably in a bid to smooth the airflow through the front end, which also features an incredibly narrow head tube. The fork crown is perhaps the most exciting part of the new bike with the wider stance combined with the sharp angles creating a distinct F1 front wing-esque design.

There are of course the dropped seat stays, the integrated cockpit, inline top tube, and bottom bracket fairing / integrated storage box which are all more or less standard-issue items on a modern TT/Tri machine. Presumably, BMC will announce further details when the bike is production-ready, and given the photos we have were provided in a BMC press release, there could be further innovations intentionally kept out of the public eye.

Despite being a prototype the bike is ride ready, and Nilsson will race the delayed 2021 Ironman World Championships on the new bike this coming weekend. As for UCI approval, again BMC is tight-lipped providing no details when asked on whether we might see this bike in UCI races, and the bike has not yet appeared on the UCI approved frame list. That said, from what we can see in these photos, the bike looks like it has at least been designed with the option of a UCI compliant build. Furthermore, Nilsson has published a series of photos on his Instagram story feed which seem to show a triathlon-specific spec build for the new bike.

The images show additional aero tweaks to the new frame in the form of a larger storage/hydration box within the frame, and a rear wing seat tube mounted rear fairing. Presumably with these additional aero mods removed the new bike is UCI legal. All eyes will be on the Ag2r riders in this weekend’s Giro d’Italia time trial to see if the new bike makes its unlikely UCI debut.

The BMC and Red Bull collaboration is exciting on paper, but today’s unveiling was slightly less exciting and reminiscent of Red Bull’s own pre-season car launch which featured a car entirely different to their actual race car so as to keep its new design away from the prying eyes of its F1 rivals. Whether or not the same is the case for the new TT bike, only BMC can tell us. In the meantime, we will have to wait for exact details on the new bike’s aero performance, Red Bull’s input into the new design, and whether or not the two companies were successful in creating “the world’s fastest race bike”.