ICYMI: Tom Pidcock has been ripping up the World Cup XC circuit 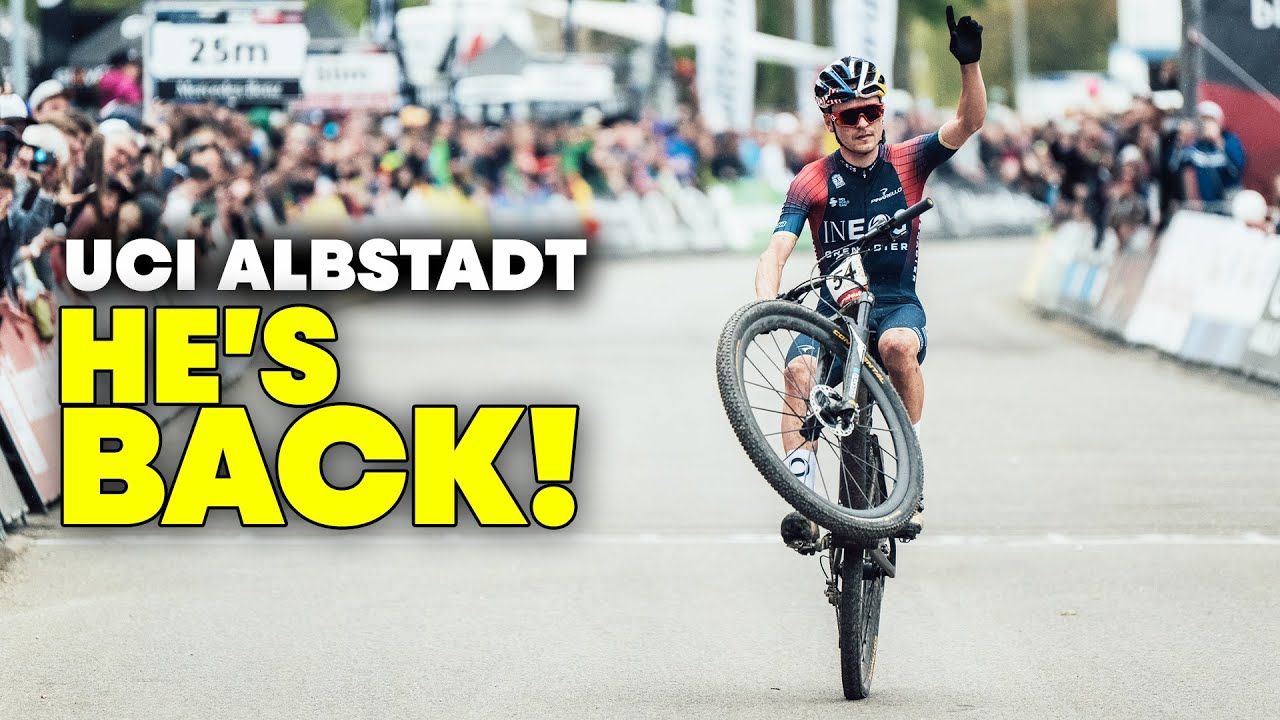 Tom Pidcock’s multi-disciplinary adventures continued this month with trips to the second and third rounds of the mountain bike World Cup circuit in Albstadt, Germany and Nove Mesto, Czech Republic. Coming off a somewhat disappointing run on the road through the Ardennes, Ineos’ multi-talented Brit came away with a pair of XC wins and now sits in second in the overall standings – despite skipping the first World Cup of the year.

Between the two races, Pidcock rode his way from Germany to the Czech Republic, a nice 190 km recovery day. Because why not?

Pidcock’s ability to pop back and forth between road and mountain bike racing is nothing new, highlighted by his Olympic gold medal in the men’s cross country MTB in Tokyo. Last year he found himself in a scramble to even qualify for the Games; this year is a bit more relaxed.

Pidcock likes Albstadt, an XCO (meaning full-length cross country race, vs XCC, which is short track) course defined by two big climbs per lap, multiplied by six laps. Last year, he started back on row 11 and slowly worked his way through the packed, strung-out field to finish fifth. None other than Mathieu van der Poel won that day. The result set Pidcock on his way to qualifying (barely) for the Tokyo Games.

This year saw a better start position for Pidcock, but he was slightly slow off the line and sat just inside the top 5 for much of the first lap. That didn’t last long, though. By lap three of six, he made his way to the front, setting off a short-lived duel with Nino Schurter (Scott-SRAM).

Then he was gone. Rolling solo ahead of a chase group of four, he pulled his gap out to 20 seconds. Schurter and the rest would never see him again.

A sprint in Nove Mesto

Nove Mesto was home to Pidcock’s career-first World Cup victory last year, and though the track was tamed for 2022, it still had some nasty rock and root sections peppered throughout. A slightly lessened climbing focus compared to the Albstadt course meant Pidcock likely wouldn’t find it as easy to ride away from the rest.

He tried, though. Early on lap two of the eight-lap race, Pidcock hit the front and temporarily gapped Schurter, Mathias Flückiger (Thömus Maxon), and the rest of the front group. But he was pulled back by lap four.

An untimely puncture for Schurter sent him off the back, but the Swiss world champ clawed his way back by the final lap. Vlad Dascalu (Trek Factory Racing) pulled a small gap out in the final lap but Pidcock was able to close it into the finish straight and came around Dascalu with a hundred meters to the line.

A further roadie shoutout is due to Alpecin-Fenix’s Sam Gaze, who won the short track at Albstadt and popped into the top 10 in the Nove Mesto. Gaze is returning from a knee injury and has clearly found form quickly.